When Jane Austen was chronically ill with a mysterious disease in early 1817, she turned her thoughts to a happier subject. She started work on a witty and delightful novel set in a seaside town, Sanditon.  She never finished it. She just left us 11 chapters, about 60 pages.
Sanditon tells the story of Tom Parker, who is obsessed with turning the sleepy seaside village of Sanditon into a fashionable health resort. He enlists the backing of local bigwig Lady Denham. Through a mishap, Tom makes the acquaintance of the Heywoods and invites their eldest daughter, Charlotte for an extended stay at Sanditon. 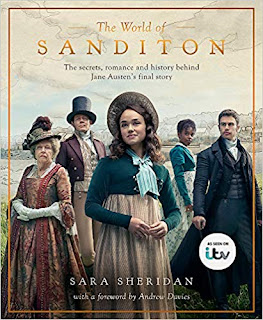 THE WORLD OF SANDITON: OFFICIAL COMPANION TO THE ITV SERIES

The World of Sanditon, the official companion to the ITV series,  delves behind the scenes giving you the inside scoop on Andrew Davies’s adaptation of Jane Austen’s last, unfinished work.
The book allows you to go behind the scene with the cast and crew, exploring the world that Austen created and offering fascinating insights about a period and the real – life heartbreak behind her final story.


Check the book at Amazon

Hello Sara and welcome to My Jane Austen Book Club. Thanks for accepting my invitation to talk Jane Austen, Sanditon and the Regency world.

My first question is… when was your first encounter with Jane Austen  and  was it love at first sight?

Thanks for having me! I first read Jane Austen at school – we studied Emma. I loved the romance– the frocks, the manners and the humour. It wasn’t love for me – more a strong like. Later at university I studied English and became interested in Austen’s work in the round as well as some of her contemporaries (particularly the female writers Mary Brunton and Susan Ferrier). Then it was love. Like many an Austen  heroine, I’m hard to get, you see!

After writing a companion for ITV Victoria, you’ve been asked to work on the companion book to ITV Sanditon. How different was the Regency Era respect to the Victorian Era? Or were the periods in any way similar?

The Victoria book I wrote, which accompanied series 2, was set in the 1840s and Sanditon is set in the 1820s so though they are technically different eras, they are a lot closer than many people think. I have written 4 historical novels set between 1822 and 1850 and have just started a fifth – so it is familiar to me – a time of exciting transitions. At the start of that time frame (when Sanditon is set) the world was about to change fast with a huge spate of technical innovations about to break – by the 1840s railways connected previously distant parts of Great Britain, photography was developed, telegraphic lines were laid – communications became much more direct. So yes – different, in the same way say in the last 20 years digital communications have changed our world. It’s still the same world though with many of the same people!

I know you are an active, passionate feminist. Do you think we can consider Jane Austen a feminist? And what about Charlotte Heywood, the protagonist of Sanditon,  or other major Austen heroines?  Can we consider any of them a forerunner model for women’s emancipation?

Jane Austen had definitely read Mary Wollstencraft’s book, The Vindication of the Rights of Women and she as good as quotes it in her writing, so yes, I would consider her a feminist in the terms of her own era – which today of course is a low bar for equality activism. It’s easy to see that Jane would have liked more legal rights, in particular the right to own property and contract her own business – her books had to be contracted by her publishers through her brothers, you see – she (as a woman) wasn’t a legal entity.  I suppose what Austen’s leading female characters have in common is a sense of fairness so in that regard I’d have to say I think they probably are pro-equality but honestly, it’s so far from the struggles of today’s feminism, that it’s difficult to equate the two. This is where we come from though, culturally. This was a step on the journey in which we are still engaged.

In your pages dedicated to women in The World of Sanditon you discuss education, property, inheritance and marriage.  What aspect in a Regency woman’s life did you find more infuriating?

The lack of legal rights, in particular the right to property. I live in Scotland and in the Regency, women in Scotland had property rights, a higher rate of literacy and other rights such as retaining their own name on marriage. So looking at Austen’s life, the life of all English women in the era – they feel confined. Can you imagine what Austen might have achieved if she had had more rights and therefore more freedom?

Georgiana Lambe, the wilful and headstrong heiress from Antigua,  is a very interesting and completely new character in Jane Austen’s world. What did you discover researching on her?

I was surprised how many mixed race women I found in Great Britain during the Regency era – many, like Georgiana, the daughters of masters and slaves. I hadn’t realised how common this was though not all the kids were lucky enough to be recognised by their fathers. It is an absolutely shameful part of our history – and in the UK we are on the cusp of fully recognising that, I think (and hope).

What aspect of Regency life was the most fascinating to write about?

Always the women which is why I loved writing this book so much! In 2016 historian, Bettany Hughes conducted a survey of UK-based historical material and concluced only 0.5% of written history is about women. So redressing that balance is a big part of my mission. I mean, where are the women? Where are we? And if we don’t know the history of 50% of the population, how can we know where we come from, understand where we are, or see where we’re going? I wrote a book last year in which I remapped the country according to women’s history (rather than men’s) It was a revelation. Our grannies and great grannies were amazing and we have forgotten them and their achievements… I just want to write more about those stories all the time!

Andrew Davies, who adapted Sanditon and other Austen works for the TV,  said that for Jane Austen writing her final novel was “a bold departure from anything she had done before”. Do you agree with him?

It is a brave soul who would disagree with Andrew! And he’s right – Austen hadn’t written a BAME character before so that in itself was a departure. Also the world of Sanditon, ie that of Regency seaside development, would have been considered racy in the era – so Austen clearly had a much more modern and challenging story planned than her previous novels, which had been set in more traditional situations. Seaside towns like Sanditon were cutting edge – places where the norms were challenged. Exciting locations.

Let’s move to Austen heroes and heroines. Who are your best favourite  and why?

100% Elizabeth Bennett. So frank. So authentic. So clever.

This is a game I often ask my guests to play. If you could live in one of Austen novels, which one would you choose and why?
Any novel that would take me to London. I would love to experience the wild, dangerous, rumbunctious world of Georgian London. It’s a place I love writing about – it’s the closest I can get to a time machine.

And if you could travel back in time and end up living in Jane Austen’s age, what would you miss the most from our contemporary world and what would you appreciate the most?

Modern healthcare – honestly, it was so dangerous to get ill in the Regency era, it sets me on edge. Also not having legal agency – that would be tough, as a modern women used to earning her own money! But on the plus side, I’d love the costuming (assuming I get to come from a wealthy family, of course) I think I would likely become a notorious salonniere and blue stocking and perhaps shock society by travelling and inventing things!

I loved watching Sanditon on Sunday nights and I particularly enjoyed the comedy moments (Lady Denham! Arthur Parker! Charlotte and Sidney bickering!)  the beautiful scenery, the costumes and the brilliant acting. What about you?

I was so nervous.I had to be careful as I had undertaken not to give away any spoilers, so I stayed offline! People kept asking what was going to happen and I had to keep a poker face. But it was magical to see the production on the screen – I’d read the scripts and seen the sets but seeing how it all came together and experiencing it as a drama was thrilling.

And how would you recommend the series to our US Austen fans,  who are eagerly waiting for the premiere on PBS Masterpiece (12th January 2020)?
You’re in for a wee treat!

Thanks a lot, Sara, for answering my questions and being such a kind guest. I highly recommend our readers your The World of Sanditon for an in-depth journey into the world of Jane Austen and her final work .

Sara Sheridan is an Edinburgh-based novelist who writes cosy crime noir mysteries set in 1950s Brighton and historical novels based on the real-life stories of late Georgian and early Victorian explorers. She has also written for children – her picture book I’m Me has appeared on CBeebies three times – and occasionally takes on commercial non-fiction project including, in 2017, writing the companion guide to the ITV series, Victoria: Victoria and Albert: A Royal Love Affair. 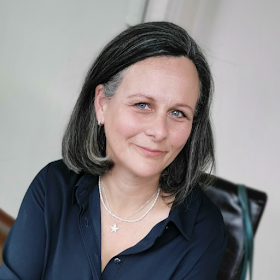 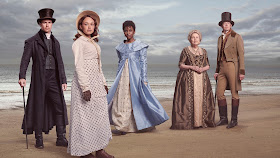 Sanditon, Austen’s final, unfinished novel, has been adapted by ITV and the 8-part drama series has just ended  for British viewers and is now heading to PBS Masterpiece for US fans to enjoy and where it is set to premiere on January 20th, 20202.

I’ve enjoyed watching it and I can say in all honesty that it has been one of the most thrilling and catching watching experiences for me this year. But you all know,  I’m a desperate romantic, a period drama freak and a very tolerant Austen-fan.  My humble opinion? Just give it a chance and before you are half – way through,  you’ll be hooked and will want for more.