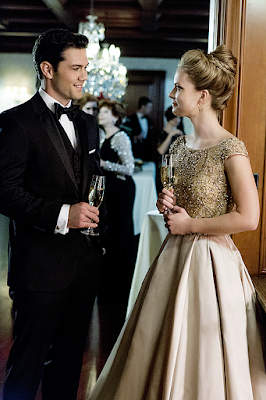 We all need a bit of fairy dust on our grey lives from time to time and watching this lovely TV movie helped my mood like a touch of magic wand last night. So romantic!
In this modern day spin on “Pride & Prejudice,”  inspired to Teri Wilson's 2013 novel, Elizabeth Scott (Cindy Busby), is fishing for direction in her life and gets the opportunity to professionally show her Cavalier King Charles Spaniel in a fancy New York dog show. Dog show judge Donovan Darcy (Ryan Paevey) comes across as aristocratic and rude and a chain of misunderstandings unfold during the competition, complicating their mutual attraction. In true Jane Austen fashion, Elizabeth and Donovan begin to see the error of their ways and it turns out Mr. Darcy is far more kind and interesting than Elizabeth ever imagined.
Then he is almost charming, despite all his flaws, and Elizabeth just can't resist him. But their mutual attraction will find obstacles to overcome: not only Darcy's Aunt Violette and wife - to -be, Felicity, but also Darcy's own pride and Elizabeth's prejudices against wealthy people.

However, their love for puppies and dogs will help them to find a compromise ... 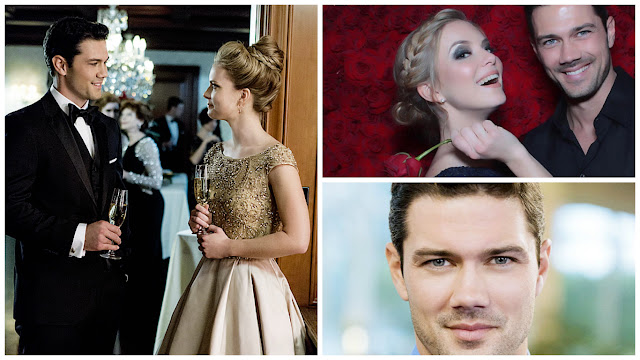 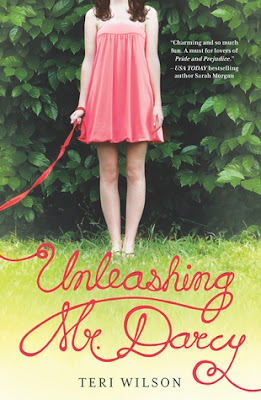 This is the novel which inspired this Hallmark original production. It was published by Harlequin in 2013 and written by Austen fan, Teri Wilson.

The book blurb states: It is a truth universally acknowledged that a single woman teetering on the verge of thirty must be in want of a husband.Not true for Manhattanite Elizabeth Scott. Instead of planning a walk down the aisle, she's crossing the pond with the only companion she needs; her darling dog, Bliss. Caring for a pack of show dogs in England seems the perfect distraction from the scandal that ruined her teaching career, and her reputation, in New York. What she doesn't count on is an unstoppable attraction to billionaire dog breeder Donovan Darcy. The London tycoon's a little bit arrogant, a whole lot sexy, and the chemistry between them is disarming. When passion is finally unleashed, might Elizabeth hope to take home more than a blue ribbon?

The movie changed the setting a bit. She's from the Northern Virginia/DC area, still a teacher wrongfully fired. He's a wealthy NYer and she doesn't realize he's truly a philanthropist.

Was a wonderful Hallmark movie. It felt a bit rushed at times with the plot, but that happens with adaptation from book to movie. I enjoyed it a lot!

and, Mr. Darcy, be still my heart!

I especially loved his deep voice