Wanderlust goes hand in hand with reading an Austen novel. Every time I turn a page I can’t help but want to follow Mr. Darcy all the way to Pemberley. For me, every read through or movie adaptation leaves me longing for the cobblestoned streets of London or the expansive grounds of the Peak District, with its epic landscapes and rolling hills.

Therefore, I’ve compiled a list must-see destinations that no Austen fan should miss. Some are beautiful backdrops from movies sets, and others are grounded in the writer’s history. These locations are all points on the Jane map and will make any fan of Emma Woodhouse, Fanny Price and Lizzie Bennet stare in wonder. 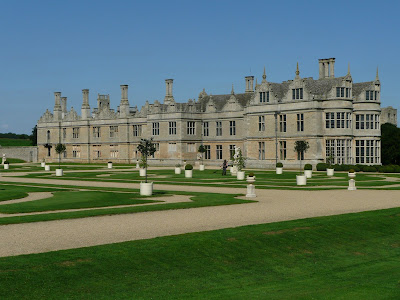 Featured in the 1999 film adaptation of “Mansfield Park,” Kirby Hall is a 16th century country estate that paints a pretty picture across the landscape. While parts of the house are unroofed and open to the elements, the Great Hall, many of the state rooms and the garden have been recently renovated for the enjoyment of visitors. If this place doesn’t look familiar or you just want a second look, Mansfield Park is available to stream on American Netflix, including Kirby Hall in all it’s Elizabethan beauty. 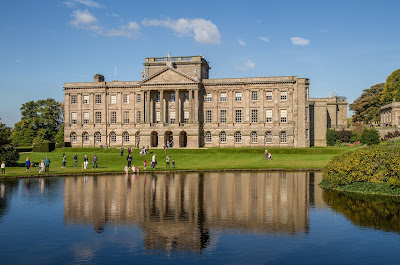 The location of the BBC’s 1995 “Pride and Prejudice” swoon worthy moment—you know, the one with Colin Firth and his wet, white shirt—is Lyme Park in Cheshire, and it’s role as Pemberley changed cinematic history forever. With a mansion house, formal gardens and a deer park in the Peak District National Park, readers can relive the scene (in their imagination of course) and imagine all the happy, sarcastic conversations between Mr. and Mrs. Darcy while touring the extensive and beautiful grounds. 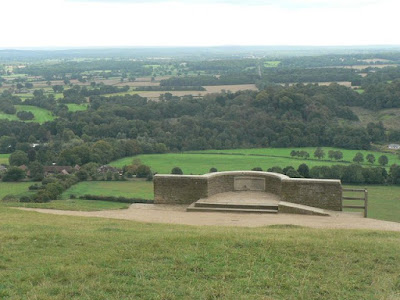 Box Hill is one of the mentioned (and real) places in Jane Austen’s Emma, and its beauty is one that is as excellent in person as it is on the page. Featured in the novel as well as the BBC’s 2009 adaptation starring Romola Garai, Box Hill is great for wandering, having a picnic and generally just enjoying the great outdoors. Thanks to its inclusion in the National Trust, it’s likely that this pristine area is exactly the same as it was in Austen’s time—which is very comforting indeed. 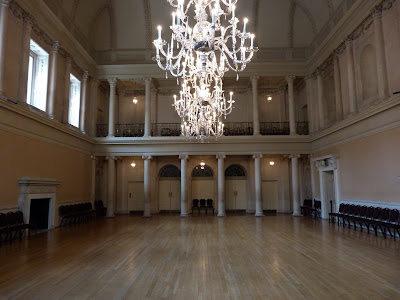 Bath itself is often mentioned in Austen’s world, but it’s the Bath Assembly Rooms in particular that get significant play time. As a setting for Northanger Abbey, this is where Catherine Morland meets Mr Henry Tilney and dances with him on her first ball in Bath, where she goes escorted by the Allens. Also present in the films “Northanger Abbey” (1986, 2007) and “Persuasion” (1995, 2007), this area of Somerset is no stranger to Regency drama, both in print and on the big screen. Visitors can also visit the adjoining fashion museum and bookshop, located in the same building. 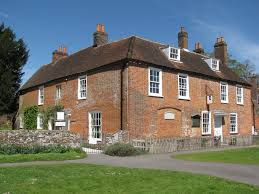 It’s impossible to write a post about Austen haunts without mentioning her house in Hampshire, as its current role as a museum is perfect for a visit. It is the actual house where the famed writer spent the last eight years of her life, and fans can wander through the rooms where she lived with her mother and sister rewriting manuscripts and penning four new novels. From the country house garden to the house artifacts that belonged to the famed novelist, fans and readers alike can appreciate the authentic setting and tour the many exhibits available for visitors. 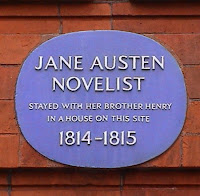 London was Austen’s writing ground, and with it, the bustling social epicenter of the Regency era where she drew her inspiration. While modern London is missing its original Beau Brummel and the Dandy Boys, there’s still plenty to see. From Sloane Street where Austen did many of her edits and correspondences to St. Clement’s Church where book characters Lydia Bennet and Mr. Wickham exchanged vows, taking a tour of the city is exactly what the author ordered. You can grab a tour guide book to augment your travels, such as Walking Jane Austen’s London: A Tour Guide for the Modern Reader or you can break out on your own and fill in with book anecdotes at your leisure!

Whether you’re headed for the countryside or Jane’s bustling Londontown, make sure to stop by a tea house and brush up on your favorite passages before embarking. Any trip to these six locations is a step between the pages, and one that any fan can enjoy.

Cassie Phillips is an avid reader and self-proclaimed bibliophile. Lover of Austen, Dumas and Rowling, she loves losing herself in a fantastic historical drama and hopes you enjoy this list of travel must-sees.
Posted by Maria Grazia at 11:56

Wonderful places! Sadly, I've only been to one of them, the gorgeous Assembly Rooms in Bath. Hopefully I'll get to check out more of these one day :)

I've been to Lyme Park twice and Bath (just a few times!) and likewise Chawton (always an incredibly moving experience), but not the other 3. London is somewhere I've never thought about doing a Jane tour, so that's a great suggestion and I would love to see Box Hill!

This is making want to revisit and soak up the atmosphere!