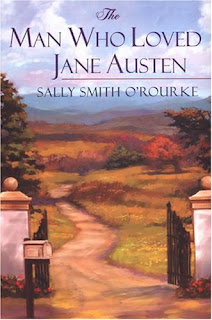 Sally Smith O'Rourke is one of the new writers at Austen Authors and I'm really glad she accepted to be featured at My Jane Austen Book Club.  She published a first Austen - related novel  titled The Man Who Loved Jane Austen  and is going to publish a new one soon: Your Affectionately Jane Austen. She has written a lovely piece about romance in Austen's work and is granting two of you the chance to win her first book: The Man Who Loved Jane Austen. Enjoy her post and leave your comments! The giveaway details are below.

“I could no more write a romance than an epic poem. I could not sit seriously down to write a serious romance under any other motive than to save my life; and if it were indispensable for me to keep it up and never relax into laughing at myself or other people, I am sure I should be hung before I had finished the first chapter.”         ( From a letter of 1 April 1816)

In the twenty-first century romance is two people falling in love in spite of their differences. For Jane Austen romance in books generally involved women in peril saved by heroic men, often times using supernatural means or in adventurous situations. The gothic romances of the eighteenth century were filled with scandal and monsters (human and otherwise). Often the two young lovers in these stories are kept apart until the end and only after much terror, horror and heartache. And there are times they don’t end up together at all. 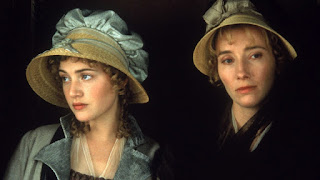 In Jane’s Sense &Sensibility, Eleanor’s love for Edward is intensified when she finds out about the secret engagement to Lucy and learns he is doing the honorable thing by accepting responsibility for the rash actions of his youth. His love for Eleanor, likewise is intensified by her acknowledgement of it and her desire to make life easier for him and his intended spouse. For us Eleanor and Edward coming together is very romantic. But for Jane it is simply two respectable and honorable people who belong together. 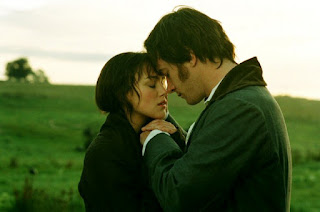 So too with Pride &Prejudice.Today, Darcy’s first proposal is thought to be romantic (“You must allow me to tell you how ardently I admire and love you”) and even though Elizabeth takes what follows as an insult, as does today’s reader but in Jane’s time the girl would have over looked the slight and been honored for a proposal from a man so obviously her superior. Which is what Darcy is expecting so is stunned by Elizabeth’s refusal. Angry and humiliated by the fact that he followed his heart and not the rational part of his brain he exists.

For Jane Austen the scene typifies the arrogance of his class. Elizabeth’scomment later to Lady Catherine ‘…he is a gentleman; I am a gentleman’s daughter; so far we are equal’ is how Jane truly felt; that class and situation should have no bearing on a match.

This equalitarianism is present in all her books. To Jane everyone was the same no matter their birth right. In Mansfield Park specifically she shows how the upper class, the so called ‘best people’ can be and often are common, corrupt and amoral. Fanny, born into the harshness of poverty is, on the other hand, demure, modest and morally upright.

In Sense and Sensibility, Eleanor and Edward marry in spite of his disinheritance.In Pride and Prejudice, Elizabeth and Darcy marry after Darcy shows his true compassion.In Mansfield Park, Edmund marries his low born cousin Fanny Price.Northanger Abbey has Henry Tilney disobeying  his father to ask for Catherine Morland’s hand. Only in Emma are the lovers of equal status. 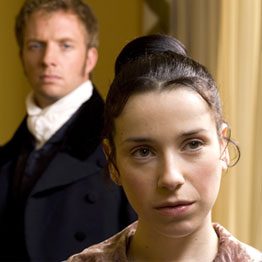 For present day romantics, Persuasion is the ultimate romantic story. Anne Elliot who is the daughter of a Baronet is initially persuaded not to marry a lowly sailor. However, Anne never loves another and is brought together with Captain Wentworth again when he declares “Dare not say that man forgets sooner than woman, that his love has an earlier death. I have loved none but you. Unjust I may have been, weak and resentful I have been, but never inconstant. You alone have brought me to Bath.”

For Jane Austen none of this was romantic, it was simply the way it ought to be. That marriage should be based on love and partnership; on mutual understanding. Not on money, land and connections. 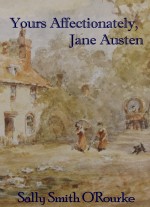 Her gift of taking the ordinary in people and situations is what keeps her alive today. We can all imagine ourselves as Elizabeth Benett, Anne Elliot or Emma Woodhouse being loved unconditionally. The thing that makes Austen a romantic for modern times is that Jane’s men love the women, even the young Catherine and demure Fanny, because they are independent in thought and strong in character; not in spite of it.

Jane Austen’s ability to create characters and situations we can all relate to even two hundred years later is the reason she is considered the of the greatest writers of romance in the world. Something, I believe,that would make her laugh.And she would consider it absurd that anyone even remembers her. But we do and I suspect will for another two hundred years.

I loved your post, Sally and I couldn't agree more. Of course we, the 21st century reader, might think the love stories that she had written was so romantic but during her time, it was actually the mind, independence and intelligence unite to form an equal and formidable couple.

Maria, please enter me for the rest of the world category. Thank you.

Maria I am in the world wide category.

This Novel sounds like a beautiful read. I really need to get back to my Jane somewhere life got crazy and I don't read as much Jane as I need too.
Lovely:)
Krista US
bookreviewclubblog@aol.com

Enjoyed this interesting post, and I'm sure I'll enjoy this book. Thanks for the giveaway.
USA reader.
lcbrower40(at)gmail(dot)com

I would love to win a copy.

I heartily agree that Austen presented very different story telling than the romantic tradition (not just gothic romances)that was prevalent at her time. She had read, and I believe admired, Sir Walter Scott, but her writing is the antithesis of his style which glorified the strong emotions and admiration for the past exhibited by so many of the authors of her day. In addition, Austen's emphasis was not about confronting untamed nature (Jane Bennet not withstanding in P & P) or describing its picturesque qualities as the romantic poets of the day did. Instead, she presented a humorous social commentary of the mundane goings on and issues confronting her class and particularly her sex. I think Seinfeld owes her a greater debt of gratitude than Nora Roberts. Her brilliant characterizations delve into motive in a way that her contemporaries did not. To me she laid the ground work for taking the novel in a new direction--I prefer to think of her as the mother of the modern psychological novel (think Henry Jame and Edith Wharton) and not the woman who birthed the modern romance novel.

This post truly gace me chills, and I'd really love to read this book!
Chiara from Italy
hybridkarma[@]hotmail[.]com

This is a truly lovely post, and so well said. :)

Sorry about the misspelling of Elinor's name. Must have been a late night...gratified you all enjoyed it. I certainly enjoyed writing it.

Lovely post! I would love to win this book. I have heard wonderful things about it and this post only made me more eager to read it! Thanks for the giveaway!!=)
I am in the US.
kellik115@yahoo.com

Very interesting post.
Thank you for reminding us that people perceive things differently according to the ages they live in.
We often don't realize this.

Please, enter me for the giveaway.
I live in The Netherlands.

Thanks for the giveaway! The book looks awesome! I'm from Argentina and my email address is pato3_89(at)hotmail(dot)com

You say it all so well, and make very cogent connections between Jane and her modern readers.

I'd love to win this book. Thanks for the chance. US address.

Great post. And I, too, often think Jane Austen would laugh with all her heart seeing what has come of all her novels. All the sequels, movies, modern versions,...

I am just embarking on reading all of Jane Austen. Please enter me in your giveaway. I am in Canada.

Good post. I learn something totally new and challenging on blogs I stumble upon on a daily basis. It will always be interesting to read articles from other authors and practice something from their websites...
GRE Training in Chennai | GRE Training institutes in Chennai

These provided information was really so nice,thanks for giving that post

and the more skills to develop after refer that post. Your articles really

impressed for me,because of all information so nice.