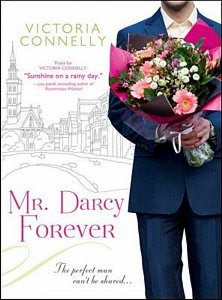 Sarah and Mia Castle are closer than best friends and share just about everything, including a deep and abiding love for all things relating to Jane Austen. Their annual trip to the Jane Austen Festival in Bath is a highlight of their lives - until the year they discover that no matter how close two sisters may be, it's impossible to share one man between them. Even if he does seem their own perfect Mr Darcy, if one wins him, won't both of them lose?


The two main settings in this novel are dreamy places for any Austen fan: first Barton Cottage, or at least the house in Devon used in 1995 film adaptation of Sense and Sensibility, the one to which Marianne and Elinor have to move after their father’s death,  and then Bath in the days of the Jane Austen Festival.

Bath is the place where Catherine Morland met Henry Tilney and it was where Captain Wentworth declared his love to Anne Elliot (p. 61)

Sarah is the Elinor-type and as a much elder sister in a family with no parents she has to take care of Mia,  Marianne’s alter ego in this modern romance. Sarah has the conservatism of  Elinor, the prudishness of  Fanny Price  and suffer from OCD (obsessive-compulsive disorder) while Mia has the naivety of Catherine Morland, the recklessness of Marianne Dashwood and dreams of being an actress. Could two sisters be more different?

Sarah’s 18th birthday gift for Mia is a week to spend together, the two of them, at Barton Cottage but her plan will be ruined by an unexpected presence: Alec is the most handsome, fascinating man the two sisters have ever met. Mia loses her head and starts flirting openly with him, Alec seems more interested in Sarah though ...

This will be the beginning of the end for Sarah and Mia’s close relationship, they are more like best friends than sisters. But they can’t share the same man, can they?

Three years later and a great deal of life after the two sisters are both in Bath for The Jane Austen Festival, none of them knowing of the other presence. They haven’t spoken nor seen each other since their week in Devon.

Bath will offer them new chances and new acquaintances ( a Brandon-type and an Edward-Ferrars-type, of course! ) and, especially, an opportunity to meet again.
What about the Mr Darcy in the title? Read this lovely romp to the end and he will be there in his wet shirt for Mia, for Sarah and for all of you!

What I especially like in Victoria Connelly's Austen-inspired trilogy is her humor. Her prose is witty and her narration characterized by a very light touch which makes you want to turn the page quickly and never put the book down. You are there - at least I was - giggling all the time. And daydreaming, of course! She deals with ordinary life, ordinary heroines/heroes with their ordinary misadventures but she succeeds in making them rather extraordinary, really special.
Another element I definitely  appreciate is her ability to find the Austenesque in present day ordinariness. Bravo, Ms Connelly! These three modern day romances are really sunshine on a rainy day. I've loved them all. This latest one, Mr Darcy Forever, nonetheless.


There's 1 new brand paperback  for the US readers interested in this book. I must thank Sourcebooks for granting  me the copy for this giveaway. Leave your comments adding your e-mail address and good luck. If you want an extra chance to win spread the word on twitter or facebook! The deadline for this contest is April 30th. Good luck!
Posted by Maria Grazia at 16:50

Just started this from the library. Need my own copy as I have pen in hand and keep catching myself wanting to underline! :)
Thanks for the giveaway!
jakki36(at) yahoo(dot) com

It looks fabulous and would love to win this book!

would love to read Mr Darcy Forever!! thank you for the chance to win a copy!!

shared on my FB wall: www.facebook.com/cyn209

I would love to read this. I also commented on my facebook page about this blog. raemar90@msn.com

oh sorry you would want proof and not just my word, haha!
https://www.facebook.com/raemar90

Oooo yay! Would love to win this book!! thank you for offering it!