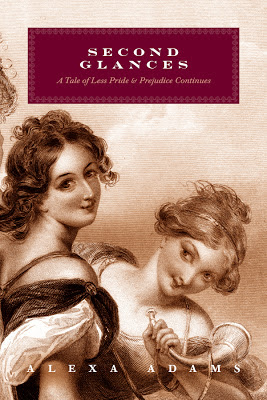 I’m so excited to be once again at My Jane Austen Book Club, especially to discuss my new book, Second Glances: A Tale of Less Pride and Prejudice Continues. I thank my always gracious hostess, just as warm and welcoming as she was almost four years ago when we first became known to one another online. At the time, I had just completed my first novel, and I had no idea what to do with it. The very writing of First Impressions: A Tale of Less Pride and Prejudice came as something of a surprise. The idea arrived suddenly - what would have happened if Darcy and Elizabeth danced at the Meryton Assembly? - and in a month I had written the first draft. I intended the story as a purely selfish entertainment, but after reading it to my husband and listening to his outbursts of appreciative laughter, I had to know if others might find the same joy in my work.  Few things in my life have ever given me the satisfaction I discovered in learning that I could make others laugh. In Second Glances, I’ve tried to replicate the comic tone of the first novel, but its writing was a very different process. I began the book in 2010 and struggled with it for two years before deleting nearly everything I had written and starting over again from scratch.
The problem with the first version of the book is that I tried to make it about Georgiana Darcy, but I am afraid Kitty Bennet would not have it. Overlooked and shoved aside too often, she declared herself the true heroine of the novel, and I really wasn’t in a position to argue. This second version of the novel was complete in a few months, the story seeming to write itself:
“Mr. Bennet! Mr. Bennet!” 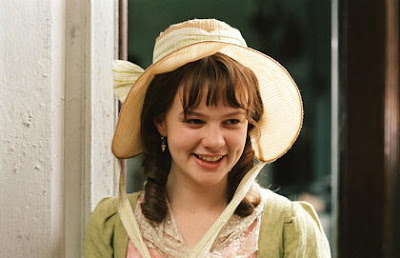 “Yes, my dear?”
“How can this be? Lydia writes that Kitty is leaving school, to go frolicking through London as Miss Darcy's chosen companion, but Lizzy has not included her in the invitation! That seems most unfair, does it not?”
“Not in the slightest. Kitty is older and has applied herself far more than Lydia. She has become a most unexceptional companion for Miss Darcy, while all my youngest daughter has proven with her education, I am afraid, is that she is an incurable romp.”
“I do not see what age has to do with the matter, and Lydia is just as much Lizzy's sister as Kitty. There is no reason to betray such favoritism. Lydia must feel dreadfully, and rightly so, to be so left out. Lizzy must not be so disagreeable. I will write to her at once to tell her how much my sister Phillips thinks London would be just the thing for Lydia. She was saying, only yesterday, how time in town adds an unmistakable refinement to a young lady's demeanor. Mary King returned so very much improved from her time there. One scarcely notices her freckles at all.” 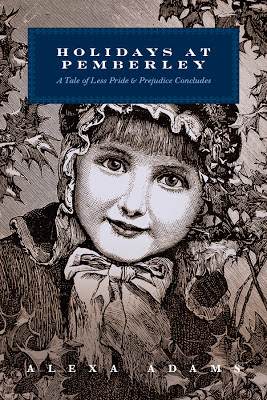 “You may write all you like, but it will make not the slightest difference, not even with the benefit of Mrs. Phillips’ sanction or the evidence of Miss King's complexion. Neither Lizzy nor Mr. Darcy will consent to bringing Lydia out at this time, and even if they were so foolish as to agree to such a proposal, I would not allow it, having lost count of the number of missives I've received from Mrs. Rivers regarding Lydia's bad behavior. Poor woman! If it wasn't for the peace her suffering buys me, I would sincerely pity her.”
“Nonsense, Mr. Bennet! How can you say such things of your own daughter?”
“I can say them, Mrs. Bennet, because they are undeniably true.”
Lydia never is invited to join the Darcys in London, but she finds a way around that impediment, becoming an object of great interest to Mr. and Mrs. Wickham in the process. If that assertion seems nonsensical to your mind, I have only to recommend that you read First Impressions. The first few chapters of both it and Second Glances are available at alexaadams.blogspot.com, where you may also access my shorter writings and serialized stories. I hope to release the final book in the series this November. Holidays at Pemberley: A Tale of Less Pride and Prejudice Concludes (title may be subject to improvement) tells the story of Charlotte Lucas through a series of winter visits to Pemberley, spanning the chronology of both previous books.

a Rafflecopter giveaway
Posted by Maria Grazia at 16:33

This book sounds great, so please count me in. Thanks !

I would like to read it. Thank you for this opportunity.

Sounds like a book I really want to read! Please enter me for the giveaway!

I really must get my hands on these books! They sound fantastic.

I'd love to win this - thanks for the chance. I, too, love to make people laugh and go out of my way to do it whenever I can. Sometimes it just gets you strange looks but that's ok. ;)

Thank you for sharing an excerpt from Second Glances, Alexa. It has whet my appetite to read your story and I have added this book in my wish list.

Another chance to win this book! Thanks Alexa for making it open worldwide!

This sounds interesting. My attention is piqued.

It looks like a very nice book. I'd love to win it!

Thanks to everyone who entered and expressed interest in Second Glances, as well as to Maria for hosting the giveaway! I really appreciate all the kind words expressed in the comments.

I read your first book and enjoyed it very much. This one sounds like it will be just as entertaining. Thank you for the chance to win it and congratulations!

sounds like an amazing read... :) thank you for sharing

Hello Alexa!
Thank you for a chance to enter this wonderful giveaway!

Dying to read this one, and really hoping to win it as my book allowance for the month has already been spent!

I must read these books. Congratulations on your new book, Alexa! Thank you for the giveaway!!

Many of the Online Jobs and Online Earning System in internet online Business, but here is a best and legit online earning systems with life time opportunity.
www.jobzcorner.com

I am thrilled to have been given the opportunity to read this book. The cover is so romantic and beautiful.