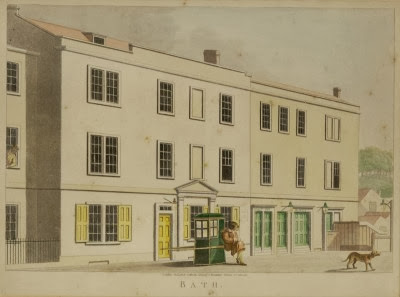 The author Jane Lark, included a Theatre Scene in her debut novel The Illicit Love of a Courtesan, and shares with us the research she undertook of a Georgian theatre which Jane Austen attended in Bath

The Theatre Royal in Bath was opened on 27th October 1750 but at the time it had no boxes. When it opened the space was simply a stage and the audience watched from a sloped floor which rose by roughly seven feet from the front of the Theatre to the back.

The elite who visited Bath must have still thought the then new Theatre a bit less than genteel in comparison to the venues they frequented in London. They could not reserve a space nor escape the local less well born who might attend. But still they managed to engineer an improvement to their theatre visit. They would send their servants to theirearly and have them stand in a space and then arrive once the play had started. Of course that meant disturbance for everyone else as people forced a path through the crowd to get in and their servants then forced back through the crowd to get out. And let’s remember there were probably at least two dozen or more aristocrats or gently born patrons reserving spaces.

But then a Theatre excursion was very different in the 1700s and 1800s, it was quite normal for people to talk through a whole play and the servants reserving spaces in Bath were often known to shout across the hall to one another if they were bored with waiting for their employers to arrive.
But not only would the elite in the audience arrive late they may also only attend for a particular scene which their favorite actor or actress played in. And of course the actors and actresses were as human then as they are now and treated their late arrivals and early leavers in the same manner a comedian would treat a heckler now, welcoming them or bidding them goodbye in a range of responses dependent on their mood.

There is one instance of an actor in Bath becoming outraged with a member of his audience. Well off people could sit on chairs at the side of stage during a performance as there were no boxes, and on this occasion the gentleman was so bored he walked across the stage to speak to his friend on the other side. Swords were drawn over the issue. 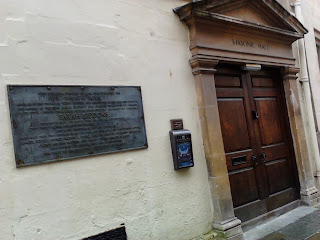 Perhaps you can imagine the atmosphere in the Theatre too. There were no windows and no air vents. It would have been hot with so many people crowded in and the air would have smelt of sweat and been quite thin by the end of a performance, probably not a comfortable or pleasant experience – really it’s no wonder they only stayed for elements of a play. The Theatre was lit with tallow candles, both burning on the stage and about the auditorium which meant members of the audience had hot wax dripping on their clothes and heads.

It is not surprising then that improvement commenced quite quickly, boxes were added along both edges of theatre andat the side of it too so the chairs could be removed from the stage itself. Then in 1774 an entrance lobby was added on the front of the building and a crush room serving refreshment, and above this seven more grand boxes facing the stage, were added, stretching back in a fan shape, with five rows of benches, seating five occupants on each bench. It cost three shillings for a box seat and two shillings for the pit.

The other addition was a carriage forecourt in which the elite might be deposited at the door easily without needing to walk through the street.
And it was in its completely renovated state that Jane Austen visited it, perhaps sitting with her family on the benches in one of the boxes. 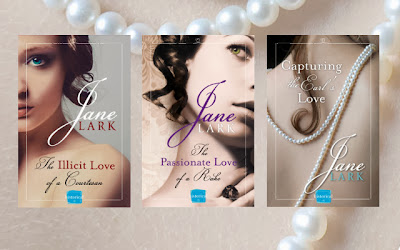