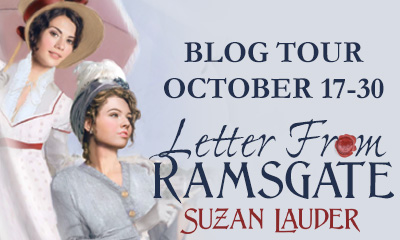 Hello everyone! I'm glad to open a new blog tour for a new Pride and Prejudice variation. There's never too much Mr Darcy & Elizabeth in our lives and Suzan Lauder knows it!  Today she is my guest again  with a new great post. Enjoy your cup of tea! 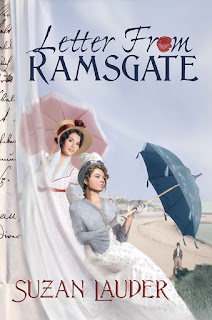 Sir, I am not known to you. I fear you may have concerns regarding some intelligence that recently came to me from your sister...
...a simple letter shatters illusions and turns the world upside down!
On holiday in Ramsgate, Elizabeth Bennet befriends shy, romantic Georgiana Darcy, who shares an adoring description of an ideal elder brother. When Georgiana discloses a secret infatuation with her brother’s “close friend” Mr. Wickham, Elizabeth’s altered perception of both men affects her actions and alliances.
The secret within an anonymous letter from Ramsgate ties Mr. Darcy and Elizabeth together but also separates them. A second missive unlocks the disguise, but Mr. Darcy realizes his true passions too late to assist Elizabeth in her darkest hour. Will the shocking disclosure of a forgotten letter transform his understanding of her heart and lead them to embrace their future?
Letter from Ramsgate is a Pride and Prejudice variation suitable for most audiences (youth and up). 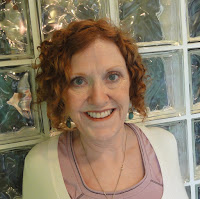 I’m thrilled to start the Letter from Ramsgate blog tour at My Jane Austen Book Club because Maria Grazia hosted the first blog tour stop on the Alias Thomas Bennet blog tour back in 2014 on this site! I love seeing the same warm and welcoming tea scene as her unique logo above my post!
The excerpt for Maria Grazia’s blog tour stop takes place shortly after Elizabeth Bennet and Mrs. Gardiner have arrived in Ramsgate in July of 1811. We’ve met a new character, Mrs. Gardiner’s childhood friend Lady Edwina Moore.
Lady Edwina’s father, Lord Baverstock, was an elderly earl who was a bit like Mr. Woodhouse in Emma: always concerned for his health. But in his case, he suffered from several real maladies and required regular treatment. Mrs. Gardiner’s father was his personal physician, Dr. Palmer, and Lady Edwina and Madeleine Palmer learned a lot about medicine from him. Lady Edwina and her parents were friends with the Darcys and even closer to Lady Anne’s family, the Fitzwilliams (Lord Matlock).
Dr. Palmer and young Madeleine lived in a cottage on the Baverstock estate near Lambton in Derbyshire. Best friends Madeleine Palmer and Lady Edwina played together and were taught by Lady Edwina’s governess until Lord Baverstock passed away twelve years earlier. The Palmers then moved to London to give Madeleine a season, where she met and married Elizabeth Bennet’s maternal uncle. 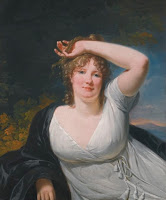 As an only child, Lady Edwina inherited all but the title. Already accustomed to running the estate during her father’s illness, she chose to stay at Baverstock after he passed away. In Letter from Ramsgate, she remains a proud bluestocking spinster, tall in stature, large in figure, handsome in face, grand in voice, and forceful in personality. She is an important new character who helps Elizabeth through some difficult situations Elizabeth faces during the course of the novel.


In this short excerpt, they have just met, and Elizabeth is awed by the grand scale of both their hostess and her home. After refreshing herself from the trip to Ramsgate, Elizabeth was waiting in the sitting room. The two old friends have just joined her for tea, laughing like young girls. 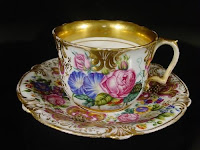 The ladies settled themselves, and tea was brought. Lady Edwina poured while Mrs. Gardiner apprised Elizabeth of the discussion that caused the ladies to be in such a state of mirth upon their entry into the room. The ensuing entertainment was of no less interest than the demeanour of the women who told the tale.


“Eddie and I have dredged up memories of pranks we played as girls. I do not know how we got away with half of them! Eddie reminded me of the day she put a frog in the dishwater and scared the scullery maid half to death!”
The ladies doubled over in laughter again, and each time one would will herself to stop, a mere glance between them initiated a new round of giggles. Elizabeth found it was not difficult to become caught up in the moment, and even though she had not been a party to the escapades that incited such humour, she found it a pleasant diversion.
At length, the older ladies were able to regain their deportment, and an enjoyable bit of discourse accompanied their tea. Lady Edwina made presumptuous enquiries as to Elizabeth’s home, education, interests, and almost any topic of curiosity. It delighted her hostess to know she had achieved a basic knowledge of French, Italian, and German from her own studies, as well as of geography and mathematics. Once satisfied, Lady Edwina described the sorts of excursions available and the gatherings held around the town. The social circle into which she would be welcomed was fascinating.
“I must not forget to ask you about the possibility of a small social event for tomorrow. Do you think you will be recovered sufficiently to meet a young lady from Derbyshire?”
Like herself, Aunt Gardiner was inclined towards good nature and a desire for social intercourse. “I am always keen to meet anybody from Derbyshire.”
“’Tis Miss Georgiana Darcy, a young lady of my acquaintance and a neighbour in Derbyshire. I encountered her on one of my shopping expeditions and realized, since Miss Darcy is not yet out, that she will be in somewhat confined and unvarying society. To be of use to her, I took it upon myself to invite her for tea on several occasions these past weeks. Since I am a close friend of the family, Miss Darcy returned the favour. I propose we invite her to take tea with us if the scheme is agreeable to you both.”


Agreeable was a certainty! In such a situation, one glance of confirmation was all it took before her aunt declared that they would be delighted to make the acquaintance of Miss Darcy. The invitation would be sent along for the next afternoon, and because Miss Darcy was not yet out in society, the ladies would not be at home to other callers.

A love for Jane Austen’s novels and Regency and Austenesque romance novels inspired Suzan Lauder to write her own variations, which led her to a passion for Regency era history and costuming, as well as social media book marketing. She cherishes the many friends she’s made as a result of these interests.
Suzan is a member of JASNA, VIRA, RWA (PAN and Beau Monde chapters), and is a registered professional engineer. She enjoys independent travel, design, Pilates, yoga, cycling, sustainability, upcycling, architecture, beta editing, and blogging. Most of the time, a Vancouver Island penthouse loft condominium with a view of the Salish Sea is home. For a few months each winter, Mr. Suze and their two rescue cats accompany her to their tiny Spanish colonial casita in Centro Historico of an industrial city in Mexico.
Letter from Ramsgate is Lauder’s second published novel and comes on the heels of her successful upcycled costuming blog series, the Thrift Shop Regency Costume Experiment. Her latest venture is blogging about her learning experiences while editing Letter from Ramsgate. Suzan’s first novel, Alias Thomas Bennet, is an Austen-inspired Regency romance with a mystery twist. She also contributed a short modern romance, Delivery Boy, to the holiday anthology Then Comes Winter. All Lauder’s published fiction is based on Pride and Prejudice and is available from Meryton Press.
Website     Goodreads Author Page   Facebook     Twitter   Amazon Author Page   Pinterest

Congrats Suzan, on your new release! I'm so looking forward to reading this one!!!

Thanks, Beau, and best wishes for your new release as well!

I love the introduction of new characters, especially as they are able to be given their own story line while weaving it into the "main attraction" of Elizabeth and Darcy. . .

I love stories where Elizabeth meets Georgiana at Ramsgate, and I guess she may be of some help when George Wickham appears. The new characters look very interesting, their story will no doubt add to the main plot of D&E relationship.
Congratulations on the release of your new book, Susan. I love the cover. :)

Congrats on your release!! This book sounds so intriguing, I'd really love to read it. Thanks for the giveaway.

Delicious! Can not wait to get a stretch of time to read this. Congratulations!

Congratulations Suzan on your new release! I also enjoy intriguing new characters and this one is a hoot. I look forward to being part of your tour too.

Congratulations on the launch of your new book Suzan and many thanks for the giveaway. I'm looking forward to following you around on your blog tour.

Strong new characters are always good news and Lady Edwina sounds as though she's going to be one of those. Stroies where Darcy and Elizabeth meets in or around Ramsgate are also amongst my favourites.

Good luck on the tour!

Thanks, Cynthia, Kate, Priscilla, Christina, Claudine, and Anji for commenting!

The new characters and expanded canon characters will add interest prior to canon, and once canon begins to twist because E was in Ramsgate. Lady Edwina isn't the only fascinating woman you'll get to know--there are several!

But don't jump to too many conclusions before reading, as each premise has a million directions to head, and your choice may be a great one for you to write later! I hope you enjoy mine!

Congrats on the new release! I'm looking forward to reading it!

I cannot wait to read this book!!

I hope you both get to read it soon, Vu and Chiara! Best of luck on the giveaway. Thanks for your comments!

International entrants, click on the little arrows for the e-book giveaway. You can comment right here on this blog then enter the name of the blog "My Jane Austen Book Club" to enter! Best of luck!

Love the cover! I'm very curious to read this story!

Thanks on behalf of the very gifted Zorylee Diaz-Lupitou, the cover designer for Letter from Ramsgate. I hope you like the story, Mary!

Oh dear a frog in the dishwater, I would get nightmares of it. Not a fan of frogs, my cat sometimes catches them and brings them home...brrr :( '

Charlotte, I had a cat who brought home all kinds of things, including little garter snakes. I had no idea there were so many snakes in my area! Sadly, he passed away a few years ago. There are more animals in the novel, but not frogs!

wonderful excerpt on the book

Thanks, Vesper and Denise!

Lovely excerpt, and great book. I thought it was wonderful.

So Mrs Gardiner has connections

Thanks, Lynn. Yes, Vesper. That's one of the twists I made. Thanks!

Lady Ewelina seems like a fascinating character. Looking forward to the giveaway.
Congratulations Suzan on the book release.