THE MANY LIVES OF FITZWILLIAM DARCY BLOG TOUR & GREAT GIVEAWAY 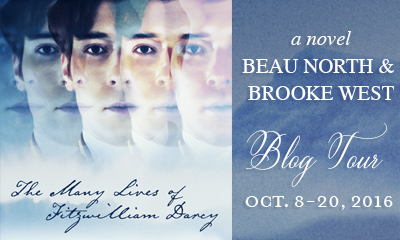 After Fitzwilliam Darcy finds his suit rejected by the only woman in the world he would ever marry, he looks to make a quick exit out of Kent and go back to his life before he met Elizabeth Bennet. Yet, when he wakes the next day he discovers that getting back to everything he still holds dear may be more challenging than he ever imagined. What if finding his way back means getting another chance to win Elizabeth’s love?

Beau North and Brooke West, co-authors of Holiday Mix Tape from the Meryton Press winter anthology, Then Comes Winter, tour the blogosphere from October 8-October 19, 2016, to share their latest collaboration, The Many Lives of Fitzwilliam Darcy. Thirteen book bloggers, specializing in Austenesque fiction and romance stories, will share excerpts, guest posts, an exclusive interview with the authors and book reviews from this highly anticipated Austen-inspired novel. Four ebooks and four paperbacks are also being included in our giveaways and entry is available to anyone who participates. And this great blog tour starts right here, at My Jane Austen Book Club,  today! Let's welcome Beau and Brooke on their first day on tour.

Good morning, Maria Grazia, and thank you for welcoming us to your lovely blog, My Jane Austen Book Club. We are thrilled to launch our tour for The Many Lives of Fitzwilliam Darcy here with your readers, and we look forward to sharing a wide range of posts related to this story throughout this tour. Today, we have a post that readers have been anticipating because we are revealing our top three choices for our The Many Faces of Fitzwilliam Darcy contest, where your readers, and anyone else who votes during this tour, will be able to pick our final winning image.

Before the big reveal, I want to thank all of my readers at Just Jane 1813 who contributed such gorgeous and inspiring images! We were truly blown away by your creativity and your search skills. There were so many entries that we had never even considered before, and we have to say that it’s amazing how one character can inspire so much enthusiasm and ardent admiration!

The idea for our contest was inspired by the passionate reactions that so many readers have to Mr. Fitzwilliam Darcy; the wealthy and swoon-worthy character that has lived on for more than two centuries in the hearts and minds of so many people.

As Austen scholar, Janine Barchas, discusses in her Persuasions article, How Celebrity Name Dropping Leads to Another Model for Pemberley (#35), for Austen herself, there was a strong interest to find an image that would symbolize her own beloved Elizabeth Bennet. A few months after the publication of Pride and Prejudice, she visited the widely popular exhibit, which  displayed Sir Joshua Reynolds’ artwork in London, at the British Institution. In a letter to Cassandra, Jane Austen describes her visit as a search for “Mrs Bingley” and “Mrs Darcy.” 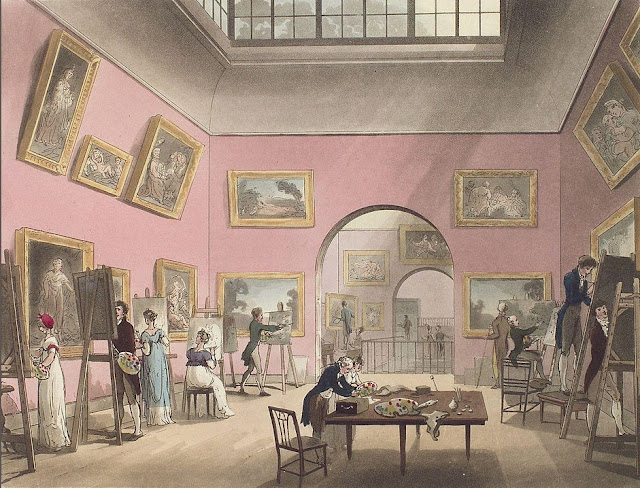 First, she mentions attending an “Exhibition in Spring Gardens”:

It is not thought a good collection, but I was very well pleased— particularly . . . with a small portrait of Mrs Bingley, excessively like her. I went in hopes of seeing one of her Sister, but there was no Mrs Darcy. (24 May 1813)

Although she fears that there is “no chance of her in the collection of Sir Joshua Reynolds’s Paintings which is now shewing in Pall Mall, & which we are also to visit,” she still jokes, “I dare say Mrs D. will be in Yellow” (24 May 1813). That evening Austen adds to her letter, reporting on the visit to the Reynolds show:

We have been both to the Exhibition & Sir J. Reynolds’,—and I am disappointed, for there was nothing like Mrs D. at either.—I can only imagine that Mr D. prizes any Picture of her too much to like it should be exposed to the public eye.—I can imagine he wd (would) have that sort [of] feeling—that mixture of Love, Pride & Delicacy.— Setting aside this disappointment, I had great amusement among the Pictures. (24 May 1813)

Although we do not know whose celebrity portrait, “in Yellow,” Austen had been hoping to spot, this letter strongly suggests that she had a particular real-world referent in mind for Elizabeth Bennet, too. (Barchas)

Our contest is a pursuit very similar to the one taken over two hundred years ago by Jane Austen, in which we seek to find an image that readers will love and connect with, in regards to Austen’s hero, Fitzwilliam Darcy.

Without further ado, here are the three images for our The Many Faces of Fitzwilliam Darcy contest: 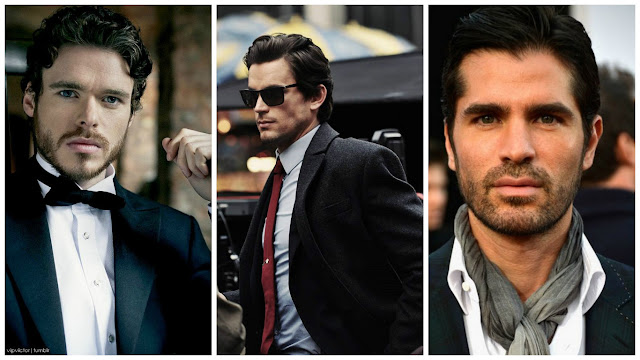 Stunning men, aren’t they? I think it’s going to be a challenge to pick just one!

The winning image and the winner will be announced on October 20, 2016, at our last blog stop, So Little Time… So Much to Read. The winner of the winning entry will receive the big giveaway prize collection, which will include:
A paperback copy of Then Comes Winter by Meryton Press, edited by Christina Boyd

A paperback copy of Longbourn’s Songbird by Beau North

Pride and Prejudice Post-its by Girl of All Work

Thank you, for hosting us today, Maria Grazia. May your readers, from all over the world, enjoy the pleasures of voting for their very own beloved Fitzwilliam Darcy!

Book Description
The Many Lives of Fitzwilliam Darcy

“He could no longer claim to be Fitzwilliam Darcy of Derbyshire, brother to Georgiana, master of Pemberley. In that moment, he was but a man. A man filled with more frustration than most souls could bear. A man torn asunder by his desperation, his fruitless dreams and desires.”

After Elizabeth Bennet rejects his marriage proposal, Fitzwilliam Darcy finds himself in the most unusual of circumstances. At first believing the extraordinary turn of events has granted him an inexplicable boon, he is eager to put the humiliating proposal behind him.

He soon discovers that he is trapped in the same waking dream with no end in sight and no possible escape. All that he holds dear—his name, his home, his love—remains ever out of reach. How will he find his way back to his normal life? Will one mistake haunt the rest of his days? It will take all of his fortitude to weather the storms of his strange new fate, and all of his courage to grasp the promise of his future.
Author Biographies 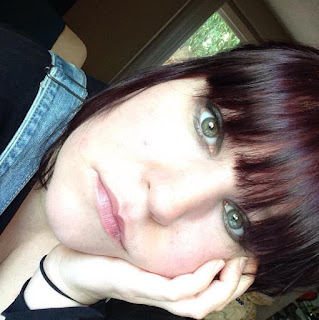 Beau North is the author of Longbourn’s Songbird and a contributor to the anthology Then Comes Winter. Beau is a native southerner who now calls Portland, Oregon home with her husband and two cats. She attended the University of South Carolina where she began a lifelong obsession with Literature. In her spare time, Beau is the brains behind Rhymes With Nerdy, a pop culture podcast and website, and a contributor at the San Francisco Book Review. 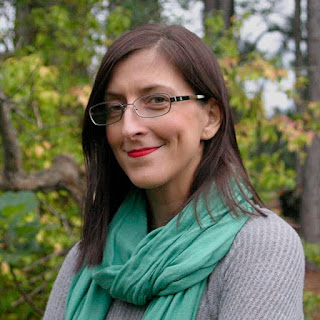 Brooke West is a contributing author to the anthology Then Comes Winter. Brooke has a naturally creative soul that pulls her into myriad artistic endeavors.  While writing fiction always has been her life's passion, Brooke also finds joy in silversmithing, sculpting, and costuming. Between projects, she runs and practices yoga.  She lives in South Carolina with her fiancé, son, and three cats.

Beau and Brooke are giving away 8 copies of their book, which includes 4 ebooks and 4 paperback copies. To win a paperback copy, the winners must have a U.S. mailing address.

Oh! I can't wait to read this book as the premise sounds so intriguing!!

How will our beloved Mr D break the spell that forces him to endure the same agony each new day?

Will he have the determination to change,so that his future happiness will be safe and secure with Elizabeth by his side?

A great idea,one I'm so looking forward to reading about!

Thanks for hosting the launch, Maria. We hope your readers love the story. We look forward to hearing from them.

Thanks for your enthusiasm, Mary. I think you'll love this new twist on our favorite story!

I love the idea of Richard Madden as Darcy. The other two don't seem quite as soulful somehow?

Thanks to you, Claudine, for including My Jane Austen Book Club in your tour! 😊

Thanks to you, Claudine, for including My Jane Austen Book Club in your tour! 😊

I think you're right! Each man does have different qualities. We tried to choose images that we thought embodied different aspects of Darcy's character, both to demonstrate his depth and to appeal to the multitude of interpretations we fans carry of him. So glad you picked up on that!

I'd like to thank everyone for their inspired choices! Matt Bomer has always been a front runner for me, but there is something so brooding and romantic about Richard Madden!

looks like a wonderful story--am fascinated by the plot!

I really enjoyed this story. I thought at first it was going to me similar to another FF story I had read, but then it went off completely differently. Loved it.

I really want to vote for Eduardo because I love him as an actor and person but I don't think he is a Darcy like person, he is good looking and has the appearance but his personality seems to be more outgoing than imagine Darcy to be.

And I love the idea of Darcy having to go endure the repeat of the same day, I think he is a great way for him to co e to see where he went wrong and change.

I have no idea who those three gentlemen are.

You're right! It is a challenge to pick one from the three >.<

Never seen these men before, hard to pick a favorite :)

What a fun contest idea! I love the painting of the art exhibition.
Best wishes on your blog tour :)

The only one of the three gentlemen I've come across is Richard Madden. He was wonderful as Robb Stark in Game of Thrones, so I just have to pick him.

Good luck with the launch ladies!

I voted for Richard Madden even though I have no idea who he is lol. Matt Bomer makes a good modern Darcy too (from what I can tell in the photo) but Mr Madden was a bit more broody. I can't wait to see who the winner is. You did say the winner of the rafflecopter gets the winning guy as a prize, right? ... I think I read that in the fine print somewhere... ;)

This sounds like a very new and exciting version, can't wait to read it :)

My favorite Darcy here is Eduardo, but all of them are very handsome and brooding.
Great premise of the book, I would love to read how Darcy will overcome this obstacle. Cpmgrats on the book release.

I can't wait to read this novel! Congrats ladies on the new release!

I cannot wait to read this book!!!!