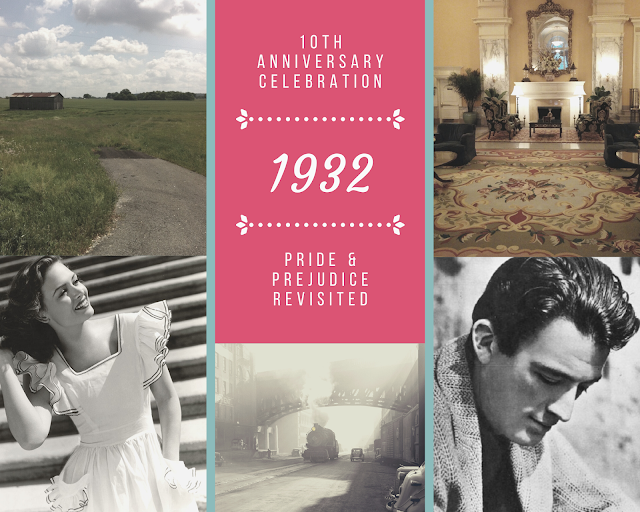 Thank you for letting me stop in here at My Jane Austen Book Club! This month, I’m celebrating the tenth anniversary of my debut novel, 1932, by re-releasing the book with a new cover, some book group questions, and some new scenes and chapters.

There is a tradition in the Jane Austen fan community that Elizabeth Bennet loves to read. There is, in my opinion, tenuous support for that tradition in the actual Pride and Prejudice text. Elizabeth does read at Netherfield, and Caroline Bingley accuses her of being “a great reader” in Chapter 8. Elizabeth herself insists that she is not a great reader and “takes pleasure in many things.” Nevertheless, I kept that tradition of Elizabeth as a reader in 1932. Darcy finds her one winter day in the Meryton library. He impresses her with his book collection at Pemberley. In one of the later chapters, Elizabeth reads Persuasion by Jane Austen—a homage to my own favorite author, and what one reader called "a clever kind of mise-en-abyme in which a later Austen novel inspires a character in an earlier Austen novel."
I think that because we, as readers of Austen, like books, we want our favorite heroine to like them too.


It is interesting to look at the books published around this time with the 20/20 vision of history. An article from npr.org on the periodical, Publisher's Weekly, (which was very much in existence at the time) states some interesting facts about what people were reading during the Great Depression in America. For example, there was a bestseller in April, 1933 called The Werewolf in Paris. Virginia Woolf wrote a biography of Flush, Elizabeth Barrett Browning's shaggy dog (say what?) And there was an ad for Adolph Hitler's Mein Kempf in the July, 1933 issue, calling the autobiography “stirring...Hitler's own story of his meteoric rise from obscurity to world-wide fame” that is downright creepy when seen with post-World War II eyes.

Popular women's books of the time, according to the article, were what we might now call romantic comedies—stories of compelling, spunky heroines in the face of financial ruin. White Collar Girl by Faith Baldwin is the story of Linda, a girl who is forced by her father's financial failures to leave college for a retail job, which sounds…hmm…somewhat familiar. More stereotypically “male” reads included adventure stories such as Mutiny on the Bounty, Rabble in Arms, and Anthony Adverse.

Here are some more tidbits about literature in the year 1932:

Sylvia Plath was born that year, as were authors John Jakes and John Updike. Pearl S Buck won the Pulitzer Prize for The Good Earth.

1. People Were Reading During the Great Depression (2009) by Maureen Corrigan, npr.org 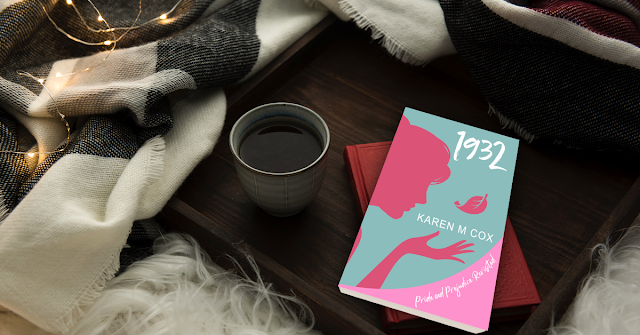 “…do anything rather than marry without affection.”
—Pride and Prejudice

During the upheaval of the Great Depression, Elizabeth Bennet’s life is torn asunder. Her family’s relocation from the bustle of the big city to a quiet family farm has changed her future, and now, she must build a new life in rural Meryton, Kentucky.

William Darcy suffered family turmoil of his own, but he has settled into a peaceful life at Pemberley, the largest farm in the county. Single, rich, and seemingly content, he remains aloof—immune to any woman’s charms.

Until Elizabeth Bennet moves to town.

As Darcy begins to yearn for something he knows is missing, Elizabeth’s circumstances become more dire. Can the two put aside their pride and prejudices long enough to find their way to each other?

Winner of the Bronze Independent Publishers Book Award in Romance, 2011 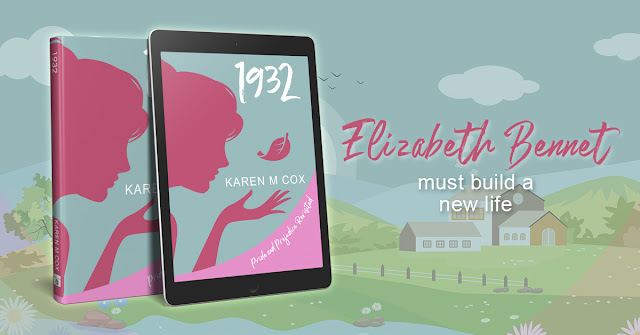 “…1932 is a truly fresh take on this timeless tale.” -Bustle.com
"...one of my favourite Pride & Prejudice inspired novels." - Babblings of a Bookworm 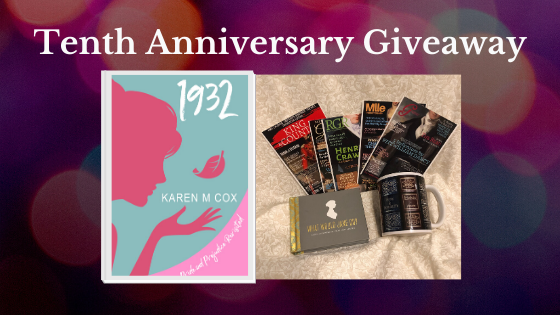 To celebrate the 10th anniversary edition of 1932, Karen is giving away a signed copy of the book and some Jane Austen swag: fun notecards from The Quill Ink, What Would Jane Do? book of quotes, and Austen coffee mug (if US winner) or an ebook copy of the book and 25$ Amazon Gift Card (if International Winner - cause #shipping :)

To enter the giveaway contest

Thank you, Maria, for hosting the tenth-anniversary celebration of 1932! I hope your readers enjoy this little snippet of life and literature in the 30s, and good luck to all in the giveaway.

always interesting to remember what was going on in the world during the time period of a novel.

Gosh this book sounds fun!! Love to read it :)