P.O. DIXON , CAN YOU DIE OF A BROKEN HEART? AUTHOR GUEST POST & GIVEAWAY 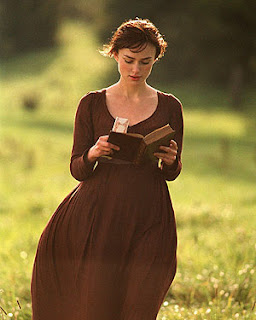 “Well, my comfort is, I am sure Jane will die of a broken heart, and then he will be sorry for what he has done.” Mrs. Bennet opines to Elizabeth in Pride and Prejudice.


And so begins Bewitched, Body and Soul: Miss Elizabeth Bennet. The Bennets’ third born daughter Mary posits the notion of one dying from a broken heart to Elizabeth when writing to her of their eldest sister Jane’s relentless malaise.

A broken heart, heartbreak, both are figures of speech used when describing the intense emotional distress, pain, or suffering one feels after losing a loved one, be it the result of death, divorce, breakup or even physical separation. Constant anxiety and romantic rejection also bring about this malady. 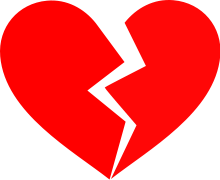 There exists a medical condition, known as “Takotsubo cardiomyopathy” (broken heart syndrome), where a traumatizing event, such as one of those cited above, triggers the brain to distribute chemicals that weaken heart tissue and result in among other things, acute heart failure. So yes, suffering a broken heart might very well have life changing consequences, including death.

Fear not for although Jane’s heart is broken, all is not lost. Bewitched,Body and Soul is a happily ever after story where Elizabeth goes to town intending to remedy Jane’s disappointed hopes and her ensuing heartbreak by clearing up the misunderstanding that led to Mr. Bingley’s precipitous departure from Hertfordshire—subsequently reuniting him with her sister.

One will recognize this story for in comparing it to Pride and Prejudice, a reader remarked,

“In essentials I believe it to be very much the same...” 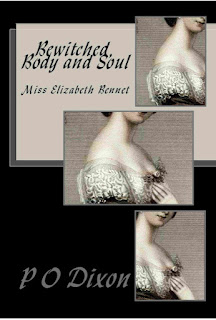 Indeed, it is. By the same token, it is decidedly different in ways one might not expect but will find wonderfully diverting. Elizabeth is as engaging as ever in this twist on Jane Austen’s timeless classic. She is fiercely loyal to her beloved sister Jane, and as in the original novel, she is far from impressed by Mr. Darcy owing to his remarks at the assembly and Mr. Wickham’s lies.

She bends a few rules in pursuing her mission. On more than one occasion, Mary cautions Elizabeth on the frailties of the female’s character by ‘parroting’ Fordyce’s Sermons.

“I need not remind you how tender a thing is a woman’s reputation—how once lost, is nearly impossible to recover.”

Similarly, Elizabeth is rather fond of her opinions and she does not hesitate to speak her mind, especially when the facts (as she knows them) are on her side, as in the following remark to her aunt, Mrs. Gardiner.
“From what I know of Miss Darcy, I cannot conceive how it might be true. She is far too young to entertain notions of marriage. If anything, I suspect Mr. Darcy is more interested in having Mr. Bingley as a brother than Miss Darcy is interested in having Mr. Bingley as a husband.”

And what Pride and Prejudice ‘what-if’ story would be complete without frequent verbal skirmishes between Elizabeth and Mr. Darcy? 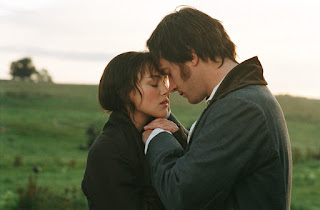 “I tend to think otherwise, Mr. Darcy. Our history suggests you rather enjoy provoking me.”


With a confident grin, he acknowledged the veracity of her charge. “Perhaps, but I wager the joy I receive pales in comparison to the pleasure you get in rising to my every challenge.”
In Bewitched, Body and Soul, Elizabeth’s going to London in Jane’s stead may have been a catalyst in the ultimate mending of her sister’s broken heart, but it is also the means by which she ends up losing her own.
P.O. Dixon
Giveaway

Leave your comment + your e-mail address to get a chance to win a kindle edition of Bewitched Body and Soul. This contest is open worldwide and ends July 27th.

oops, my email address is araminta18 at gmail dot com

I think emotion, feelings have a great impact over the mind and the health and a broken heart or a death can be more desastrous than physical injuries . the mind must be strong in order to be able to find against anything. I do not wish to exagerate or say that physical injuries do not count, they do.
concerning the variation novel, the storyline is quite interesting, this "what if" lizzy goes to london, would annul many thing from the original story, therefor take another path oh ! I totally like the variation genre XDD
I guess I will join the giveaway just for the fun ^_^
jandia4junpyo@yahoo.fr

Thank you very much for the chance.
I'm always fond of "what-if" story.

I have had my eye on this one. Thank you for the giveaway!
cherringtonmb at sbcglobal dot net

The title alone sells the book to me!! I'd love to enter the giveaway, thank you :)

I agree with your sentiments, mariam, as regards the adverse effects of heartbreak. That's one reason I love the irony of Mrs. Bennet's words to Elizabeth. I love that particular line especially.

You are correct, this storyline does dictate a different path once Elizabeth heads to London instead of Jane, however Darcy still bears his share of the blame, they still have their 'Hunsford-style' argument, and of course there's the ‘happily ever after.’

Thanks for commenting! Good Luck!

Thanks, BeckyC!I hope you will have opportunity to read the story soon! Good Luck in the giveaway.

Thanks, Sonia! Pride and Prejudice "what-if" stories featuring Darcy and Elizabeth and 'happily ever after' story lines are my favorites!

Thanks, BrendaNZ! The title is very close to my heart and a nod of appreciation to my favorite P&P film.

Your "Bewitched Body and Soul" is a great title. This one would be an interesting read. Please enter me in your draw.
Jan

I love the switch between Elizabeth and Jane great idea! I would love to read this!

I loved it. I especially liked the quotes from Austen's works. I unfortunately have probably used Mrs. Bennet's words myself before. I'd love to read this.
schafsue at gmail dot com

What a cheeky premise! can't wait to read you.
And the title: WOW. It bewitched me from the first time I saw it.

@P O DIXON thank you very much for encouragement and for replying to me. the variations on austen's books or in real life are always fascinating..a way to think about what if we did this or not, what would have happen to us if took that desicion ...it is a mystery . we an see that they are many path in life hat we can take but at the end...we have a destiny to follow..some events will always occur.
I will delighted to win..keep on writting ^_^

Thanks, Jan, for commenting. I'm delighted you are interested in the story. Good Luck!

Thanks, Margaret! I'm glad you love the idea of Elizabeth going to town instead of her sister. I find Elizabeth so much more resourceful, as she proves in this story. Good Luck!

I understand your sentiments, Suzan. I have lots of Mrs. Bennet quotes floating in my head that sometimes escape. ;~)

Thanks for your comments and interest in the story. Best of luck!

Thanks, China! The title resonates with many of us, I think. I'm so glad you like the premise and look forward to reading the story.

Excellent point, mariam. That's one of the reasons I am so fascinated with Jane Austen Fan Fiction (specifically P&P what-ifs.) The stories tend to follow so many paths, but for the most part they always end up with Darcy and Elizabeth and their happily ever after.:~)

Thanks again and Best Wishes!

It sounds delightful as this changes everything we know of P&P. Can't wait to read what happens next in this variation. And thanks for organising this giveaway, Maria and Ms Dixon.

I've been looking forward to reading this book. I always love it when Lizzy goes even further against propriety than normal.