JANE AUSTEN AND THE ARCHANGEL - INTERVIEW WITH PAMELA AARES & GIVEAWAY 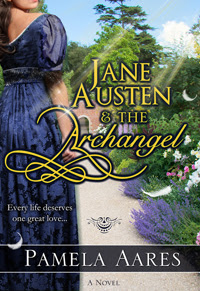 First of all, welcome to My Jane Austen Book Club, Pamela. I'm very glad to introduce you to all the friends and Janeites who visit here. As a start I have to ask:  How’d you come to write about Jane Austen?

I have always loved Austen’s work-she’s a genius! But I have to admit that I didn’t set out to write a book about Jane Austen. Moments after sending my first book, The Lady and the Patriot (coming Fall 2012), off to my editor, I got waylaid by an angel. Yup, an angel. And not just any angel, but the archangel who had fallen in love with Jane Austen. And heaven’s bad boy wouldn’t let go until his love story was told. And so, JANE AUSTEN AND THE ARCHANGEL  came to life. The tagline is “Every Life deserves one great love…” I think Jane fans will find it to be an intriguing and uplifting story.

Michael Grace, the archangel who falls in love with Jane Austen, and his sidekick, Lord Gabriel, put a fun and charming spin on angels. They bring a dimension to the angelic that includes humor and uncertainty, and a very sexy charm.

And I’m giving away a copy of the book to one lucky reader who comments on this blog post!

Thank you, Pamela! That's very generous of you. Now, tell me, how did you come to write romance?
Before becoming a romance author I was a documentary producer and director (including the Powers of the Universe and Your Water, Your Life) and had an NPR radio show called New Voices. I also ran campaigns to improve the lives of wild animals and their habitats. But my first love has always been story. I think we humans live and thrive by the power of our stories. It made perfect sense to me that romance powers the stories that captivate the heart and transform us.
Great romance novels give us hope, provide a break from the exhausting demands on our psyches, provide a place of delighted engagement, and, very often, they shine a light on the path of life that we may not have seen before. Hope is a wonderful fuel. It’s one reason that I think romance novels are so very important right now. It’s not all on the page; so much of what is powerful about our stories is in the chemistry between author and reader. That’s magic. 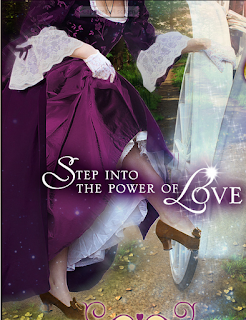 What’s one thing that your readers would be surprised to know about you?
I’m married to a former Major League Baseball Player who now runs The Center for the Story of the Universe—and, after many years of study, am firmly convinced that the irresistible power of allurement pulses at the very heart of the universe.

What is the best advice you ever got?
Two things.
The first is “Peace is every step.” To me it means being present to life in every moment, realizing that this very moment is a miracle and remembering to be the best person I know how in each moment. Take a breath, a long, slow breath and remember to touch in with the bigger context and relax.
The other is very practical: Try to drink 3 cups of Green tea every day. Recent research has shown it is more powerful as an immune system booster than any drug could ever be.  I’m going to share more about this in August on my blog, www.PamelaAares.com  and quote some of the studies. I want our readers to thrive—and writers, too!

One last question, what’s next?
The second book in the Angels Come to Earth series, Midnight Becomes You. The hero is Michael Grace’s sidekick archangel, Lord Gabriel and it takes place in and around the Great Exhibition in England in 1851, the first World’s Fair. It was an exciting time to be alive and this book explore the shadow realm, the realm that has shades of grey, the realm where the heart lives at its strongest. The great thing about Gabriel is he’s sexy, funny and just a bit irreverent!
Right after that comes The Lady and the Patriot- look for it in the Fall of 2012. It’s an adventurous romp (think Venice, London, Boston and Gold Rush California!) and the heroine, Lady Alexandra Lansdowne, discovers that love is truly the greatest adventure of all. 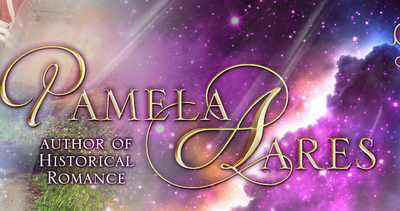 Now here's an excerpt from Jane Austen and the Archangel for you!

Jane stood at the doorway, staring after the letter carrier. Wasn’t it enough that she couldn’t write three meaningful words in succession, couldn’t develop a personality for the heroine or a plot for her story. Now her mind had to play tricks on her as well. She could’ve sworn that her fingers passed right through Mr. Grace’s palm. And, even stranger, the most blissful feeling she’d ever experienced had washed through her at precisely the same moment, feeling like a blessing, sounding like a song. Surely she’d only imagined the soul-sweet singing, the power and splendor of a heavenly chorus. But more astonishing than the music and unearthly voices was the thrumming of her heart.
Pressing her hand against her chest she watched the man stride to the street. His dull uniform did nothing to hide the muscled grace of his movements. Grace. A fitting name for a man who moved as he did. Was she simply adding to the flight of fancy when she remembered the smoldering amber glow shimmering from his eyes?
I need to keep those sorts of dramas on the page. But that’s what was wrong, wasn’t it? Too much drama all around her and too little on the page. None on the page, she reminded herself, not a word. That wasn’t like her.

Here's the url for Jane Austen and the Archangel. Tell Pamela how you like it! And remember leave your comment + your e-mail address to win a Kindle copy! This giveaway ends on July 28th and is open internationally.  Good luck!

Jane Austen and the Archangel
at Amazon Kindle
Every life deserves one great love!

This sounds like a great book... Jane Austen and angels very interesting. Love the interview too, I'll look into drinking my green tea everyday. :)
raemar90@msn.com

I love the idea of Jane and angels. I really like the cover too. Count me in!

Well, this certainly sounds like an interesting take on the trends of angels and Jane Austen variations!

I enjoyed the excerpt. Thanks for the giveaway.
marlenebreakfield(at)yahoo(dot)com

What a unique idea! You have my attention! Thank you for the giveaway!
cherringtonmb at sbcglobal dot net

The excerpt sounds inviting. Please enter me in your draw.
Jan

Sounds like a good story. Thanks for the giveaway.

Wow, the excerpt is so tantalizing that I must know what happens next.

May I ask if I do win this giveaway, can I have a pdf or ePub file instead? I don't own a Kindle and couldn't download the Kindle app on my PC because Amazon does not sell it in my country. So there is no way to read it. If not, I will take a pass.

Thank you very much.

Claim free bitcoins from CLAIM BTC. 21 to 57 satoshis every 20 mins.