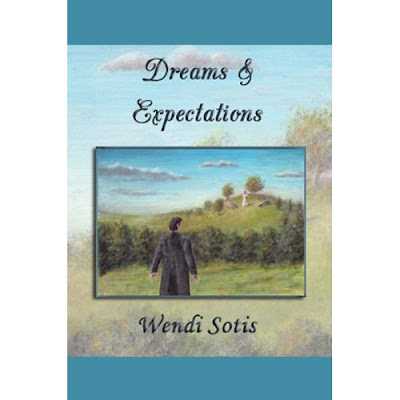 Join me and welcome author Wendi Sotis at My Jane Austen Book Club! Get the opportunity to meet a new lovely Janeite and  talented writer,  as well as the chance to win either a paperback or eBook version of her Pride and Prejudice  variation, Dreams and Expectations. Read the giveaway details below.

Fist of all welcome Wendi and thanks a lot for accepting my invitation. My first question for you is, how did you come to write a Pride & Prejudice variation?
I found the  Jane Austen fan fiction community while searching for a version of P&P from Darcy’s point-of-view. I found quite a few that I loved, but I also realized that they weren’t quite what I had envisioned myself.  So, I started writing one of my own.  One night, I had a dream of a scene that never happened in the original novel, and decided to create my own story around that instead.  This eventually became Dreams and Expectations, and incorporated most of what I had already written for the Darcy’s POV story.


Have you always been a Janeite?
I know I had read at least one of Jane Austen’s novels earlier in life, but it wasn’t until 1996 that I became a true Janeite.  I saw an advertisement for the movie “Emma” with Gwyneth Paltrow on television and thought it was interesting.  Since I knew my husband wouldn’t be interested in seeing it, I decided to wait till it was available to rent.  The next time I was at the video store, I saw the miniseries with Kate Beckinsale on the shelf and grabbed it.  Having already seen and loved “Clueless”, I noticed the similarities – I actually played both movies back to back to make sure I wasn’t imagining things! I was hooked, and found myself at the bookstore purchasing a compilation of all of Jane Austen’s books.  That poor paperback was soon worn out, and I bought each novel individually. At the time, I was surprised that Emma was not my favorite!  I started searching the stores for all versions of movies based on Jane Austen’s books, and fell in love with Pride and Prejudice time and time again.

What is the particular appeal that Jane Austen’s world has to you?
I love the language and the manners. Life seemed so simple and the pace was slower– if one had money.

In your novel, Dreams and Expectations, Pride and Prejudice characters  take a different path. Can you tell us about that without giving away major spoilers?
Darcy sees Elizabeth at Oakham Mount before the assembly, and falls in love at first sight, but they don’t meet until the Assembly ball.  He makes the insult without seeing who it is he is insulting, and once he realizes she is the lady from Oakham Mount, he apologizes. Many of the same settings are visited as in the original, but with different motivations and outcomes. Dreams and Expectations takes a completely different path than the original novel once we arrive at Rosings.

The story starts with Darcy’s promises to his dying mother.  One of the promises  will bind him to know more both about his mother’s  and about his own heart . I love this premise but, how did you  create a  past for Mrs Darcy?
The prologue begins just before Mrs. Darcy dies. It creates a brief history for both Mr. and Mrs. Darcy, showing the relationship young Darcy had with his parents at that time, and what was lost when Mrs. Darcy passed on.

Is there still much pride and much prejudice to complicate Darcy and Elizabeth’s relationship?
Now that you mention it, I don’t think there is as much pride or prejudice for the main characters!  It comes from the outside.

Did you change anything in Mr Darcy’s character?
Yes.  After falling in love with Elizabeth at first sight, if it were up to him, he’d marry her, but he interprets this as impossible due to the promise he made to his mother on her death bed.

And what about Lady Catherine De Bourgh? Is she still Elizabeth’s  antagonist?
Without giving away too much, my only answer can be, “Yes! More so than the original.”

Are there new characters you entirely created for your variation?
There are several new characters, but they do not enter the story until later in the book. Elizabeth meets some new people at Rosings, and afterward. Sorry, I can’t tell you more about them without spoilers!

Which is the scene you especially liked writing?
My favorites would have to be the end of Netherfield Ball, and a fight scene late in the story. Actually, I love some of the new characters so much that the number of favorite scenes keeps rising.

Which is  the scene you had to work hard on/ re-write  for any reason?
Dreams and Expectations was the first story I posted to the boards. After publishing Promises, I went back to this story, thinking I’d re-edit it. I found that my style of writing had changed so dramatically since I had first wrote it that I wanted to re-write the entire thing! The basic story is the same as the one posted to forums in the past, but almost every line of it has been revamped. I had figured out that there were over 1700 changes in the first chapter alone. I never compared the entire documents since there were so many changes,I thought I might kill my poor computer by doing so!

What’s next for Wendi Sotis?
While posting the first draft of All Hallow’s Eveas a work-in-progress recently, I became very ill. Since none of the doctors know what caused the illness, they couldn’t tell me if something worse might happen either. I didn’t want to leave it unfinished for long, so as soon as I could type again, I finished it up quickly.  I’m not satisfied with the last third of the story, so I’m currently rewritting it – mostly adding scenes. If at all possible, it will be published before Halloween. The blurb for All Hallow’s Eve is: “Elizabeth Bennet is the leading member of an ancient cult that secretly co-exists alongside British society. What will happen when Elizabeth discovers that Darcy, a man she despises, is actually her soul-mate, and has been assigned to protect her?”
I also have started a few new stories, and I’ll be post the first drafts to BeyondAusten.com once I choose which one I should write first. I might try my hand at a modern story next, but I do have a couple of Regency stories planned as well. Decisions, decisions!

That's all for now, Wendi. Thank you so much for taking the time to answer my questions and being my guest at My Jane Austen Book Club.

About the book
(from Amazon.com ) While staying true to the characters of Jane Austen's much loved tale, this novel takes Elizabeth Bennet and Fitzwilliam Darcy on a much different journey than Austen did in Pride and Prejudice.


Fitzwilliam Darcy and Elizabeth Bennet quickly recognize their feelings for each other and form a friendship, but misunderstandings and a bit of mystery and adventure hinder their path to happiness. 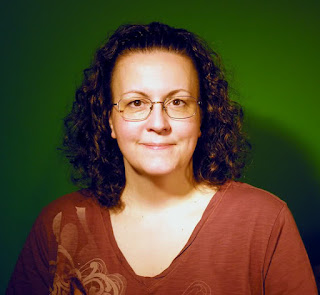 About the author
Wendi holds a degree in psychology, but decided to stay at home when her triplets were born. She lives on Long Island, New York, with her husband of twenty-three years, her son, and two daughters.

Giveaway details
There are Two copies of Dreams and Expectations for two different winners.
1. Paperback or eBook for US (reader’s choice), 2. eBook for international.  EBooks will be through Smashwords, so winners can download in whichever format they can use. Wendi will also mail any eBook winner  a signed bookmark.
So, please, to be entered in the contest:
- leave your comment
-add your e-mail address
-say where you are writing from
-if you are in the US, choose between eBook and paperback.
The names of the winners will be announced on 27th August.

This sounds like a great new read with much insight into Darcy´s thoughts. Wonderful! :)

Please count me in for the ebook-drawing, I´m in Europe.

I love that when you couldn't find the Darcy POV that you imagined, you went ahead and wrote your own! It reminds me that all the Austen fiction writers out there are regular people just like me.

I live in the States and would like an eBook if I am lucky enough to win.

Your book sounds delightful...
I am in KY so I pick the paperback version...
Thanks for the chance to win
lucasaaron_5297{{at}}yahooDOTcom

Thanks! I forgot to mention that my husband did the cover painting!

That is so neat that your husband did the cover! I'd love to win this. So much of the original story sticks in my mind, but with all the edits you did it'll be like new. Also looking forward to the added scenes in All Hallow's Eve.

I'm hoping to read one of Wendi's boks soon. Keeping my fingers crossed!

I think it's great that you took the initiative to write a novel from Darcy's pov! When you can't find what you want to read out there, write it yourself :-) I've always loved Jane Austen and I love to read variations too, so this will go on my reading list!

It's interesting to learn of the backstory between Darcy and his parents. It's on my wish list now and hope to get the opportunity to read it. Thanks for the giveaway.

I should note that the POV was changed once I reworked it into "Dreams and Expectations." I had to proof it a hundred times to make certain all the "I"s and "my"s were gone, lol.

Good luck to you all!

a definite add to my WishList!!!
congrats & good luck to Wendi!!

thank you for the giveaway!

i'm in the US & i prefer the paperback!

This sounds very interesting. I'd love to read it. I have a variety of Austenesque material but I've only read one other from Darcy's point of view. I think this is a geat giveaway.
I live in the u.s. My email is schafsue at gmail dot com

oops I forgot I prefer paperback

I am so sorry that what I said in the interview was misleading!

Sounds interesting and enjoyable and different from other Darcy books. I'm in the U.S. and if I won I'd like a paperback copy.

Lovely interview ladies! I too, fell in love with the wonderful world of Jane Austen while watching Emma, but it was the 2009 version with Romola Garai. This book sounds wonderful and I would love to read it! Thanks for the giveaway!=)
I am in the US and I would love a paperback copy!
kellik115(at)yahoo(dot)com

Anytime we get a chance to look into Mr. Darcy's head is good. I'm curious to see what you learned. I'm in the U.S. and if I won I'd like a paperback copy.

I'm US and would love a paperback copy.