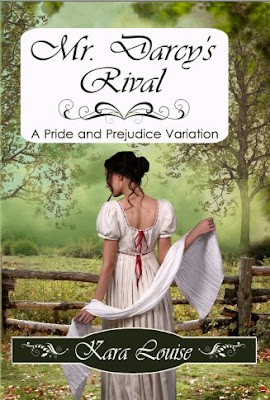 You may have heard authors say that there are times when in the middle (or beginning or even towards the end) of writing a manuscript, something happens quite unexpectedly. Some little revelation or action occurs that suddenly threatens to send the book in a whole new direction. This happened with me in my recent book, “Mr. Darcy’s Rival.”
When Mr. Darcy and his cousin, Colonel Fitzwilliam, arrive at Rosings to visit their aunt, Lady Catherine de Bourgh, they discover another nephew is there, Matthew Rickland. Mr. Rickland is not on the same side of the family as the two men – he is the nephew of the late Sir Lewis de Bourgh, but the men are acquainted.
Mr. Darcy also discovers that Elizabeth Bennet is just across the lane at Hunsford Parsonage. This causes him to be quite unsettled, as he had tried everything to rid her from his mind and heart in the months since he had seen her. But he also begins to wonder if she has an interest in Rickland and finds that even more disconcerting.
That is the premise of the book.
But when I wrote the book, Lady Catherine’s daughter, Anne, revealed something to Elizabeth that ended up having a substantial part in the story. She confessed to her that she is an author and had two books published. No one in her family knew, except her companion, Mrs. Jenkinson.
One of those books she had written was titled, “A Peculiar Engagement,” which surprised Elizabeth when she began to read it and realized what it was about. Here are the first couple paragraphs. Can you guess what this book is about?

Annabelle Drake distinctly recollected the first time she had perceived Fitzpatrick Danbury as the attractive young man he was. It was an inexplicable, sudden sensibility of his presence, his person, and the prominence he would have in her life. It moved something within her she had never before experienced. She trembled, despite the warmth of the room.

Instead of being the young boy who would occasionally stumble over his own two feet, he was now tall of stature and walked with an easy manner. His former tendency to jump from being open and conversant to exhibiting a formidable shyness in a moment’s notice seemed to have found an easy balance of a more confident reserve. He no longer spoke in a voice that cracked and faltered when he was particularly anxious, but he now had a pleasant sounding, smooth voice.
Annabelle had known Fitzpatrick her whole life. His mother and her mother were sisters. He was her cousin, and they had been promised to each other in marriage since their birth. They had what might be called a peculiar engagement.

If you guessed that this was the story of Anne and Darcy, you are correct (with the names changed, of course). We know Lady Catherine and her sister, Darcy’s mother, both desired that Anne and Darcy would marry. But we know little else about her from Pride and Prejudice, other than that she is ‘thin and so small,’ ‘pale and sickly,’ ‘her features, though not plain, were insignificant,’ and ‘she spoke very little, except in a low voice to Mrs. Jenkinson.’
Suddenly I knew what she and Mrs. Jenkinson were whispering about! Her writing!
When Anne confided this secret to Elizabeth, it opened doors for me as I not only wrote the novel I had begun, but also began to write the novel Anne penned.
I don’t include Anne’s whole novel in my novel, but I wrote it to give me an idea of what Elizabeth might have discovered as she read it. She was curious (as was I!) to discover whether Anne loved Mr. Darcy and was fervently waiting for him to fulfill that greatest wish his aunt and mother shared – for them to wed. Was it her wish, as well?

I began posting “A Peculiar Engagement” on Austen Variations, and you can find the first chapter here.

It is not finished, as I didn’t want to give anything away before my book came out. (Actually, it might not give something away, but instead, might confuse people!) I will eventually finish it and probably need to improve on it, but you can read it if you are interested.
Did I find Miss Anne de Bourgh to be as meek, sickly, and shy as other people think she is? Yes, she struggles with an ailment, asthma, which prompted her mother to restrict most of her activity.
She found writing to be a way to escape into another world, to live her life the way she wished, allowing her to retreat from the severe authority of her mother. Now you know that when she was sitting quietly with her family and guests, she was writing in a journal either describing people and events in the room, or putting down the words to a story.

Mr. Darcy’s Rival is available online in paperback, kindle, nook, and will eventually be in the IBookstore and Kobo. 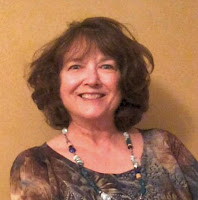 Kara Louise has been writing Jane Austen variations since 2001. She fell in love with the ’95 “Pride and Prejudice” film, went on to read the novel, and then read Jane Austen’s other novels and watched a corresponding film if she could find one. While her favorite novel is “Pride and Prejudice,” she also loves “Persuasion” and hopes one day to write a variation based on that book. She lives in the St. Louis area with her own ‘Fitzwilliam.’ Their son and wife live nearby, close enough that their one-year old granddaughter visits quite frequently.

a Rafflecopter giveaway
Posted by Maria Grazia at 07:42

I love when Anne is empowered in some way in Austen variations. This sounds like a great form of empowerment!

Also, apropos of nothing, I just wanted to mention that I am in the middle of moving and I packed all my Austen variations in two (huge) boxes, carefully labeling which authors' books are in which box, for optimal retrieval of essential reading material upon arrival at our new home. Austen variations are my chamomile tea, my soothing emollient, my warm milk before bed :) They get me through the rough times!

Good for Anne! I like to think that she had a life of purpose, not just one of sitting around listening to her overbearing mother.

I look forward to reading "Mr. Darcy's Rival". A little competition can be a good thing, I think. ;-)

I read the excerpt of A Peculiar Engagement on Jane Austen Variations and I love it. Kara, I hope you finish writing Anne's novel so that we will get the whole story. Thanks for offering the giveaway.

I'm glad Anne was productive. Her mother stifled her daughter's life constantly. Thank you for another giveaway.

Will be looking for book on release date. kamundsen44@yahoo.com. kim

I am a bit confused now. Will Anne be in love with Darcy? Would it be possible that Darcy does have, not one but in a way two rivals? Mr Rickland and Anne?

Thanks for all your comments! I've been gone all day and just now returned! Ana, the book will definitely address Anne's feelings for Darcy! Good luck to all in the giveaway!

Thank you for the giveaway!

I've been following the excerpts you've been offering, as you've been writing this book. Really looking forward to reading it. Thanks for the giveaway.

I enjoy Jane Austen books and find the Pride and Prejudice theme to always hold my attention. Would love to read this.

A book within a book. How interesting. Looking forward to reading both!

I love the premise of this story and am looking forward to reading it. I already have the ebook and it is on my TBR. I just finished Pirates and Prejudice last night. Wonderful story!

I have been following and am thrilled to see it in print. I always enjoy your books. Congratulations and thank you for the giveaway.

Congratulations, Wendy! I will be contacting you!