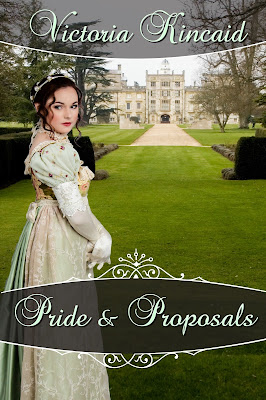 Colonel Fitzwilliam is an intriguing figure in Pride and Prejudice.  He appears for a rather short time in the novel, and his main function is to inform Elizabeth of Darcy’s role in separating Jane from Bingley.  We never even learn his first name.  Austen makes it clear, however, that Elizabeth and the Colonel get along well, in part because he enjoys the “easy manners” Darcy does not possess.  Thus, the Colonel serves to emphasize Darcy’s introverted, socially awkward nature while highlighting Elizabeth’s gregariousness.  Austen hints at the potential for a romance between Elizabeth and the Colonel, but he tells her he must marry an heiress, so any attraction goes nowhere.

In the world of Jane Austen fan fiction, Colonel Fitzwilliam has a much more varied and extensive role than in the original novel.  He acquires a first name (Richard) which is used almost universally.  He is paired with Georgiana, Anne de Bourgh, Jane Bennet, or any number of other women.  He goes to war, inherits the earldom, fights with Wickham, and becomes involved in many other plots.  Because he is the son of an earl and a soldier, his character offers a lot of potential for interesting storylines.  But, above all in JAFF, the Colonel is always Darcy’s friend and confidante.  More than Bingley, he is the person Darcy can talk to about his conflicts over Elizabeth and his obligations to his family.

That is why I thought it would be interesting to create a situation which put Darcy’s interests in conflict with those of his cousin and best friend.  When the Colonel proposes to Elizabeth at the beginning of Pride and Proposals, it creates a terrible dilemma for Darcy.  He is caught between his desire for Elizabeth and his friendship with/love for his cousin—between the conflicting roles of suitor/fiancé and best friend.

One thing I learned in my years of being a playwright is that the best drama springs from deep conflict.  The situation in this book creates great conflict inside Darcy—setting up a predicament which is not easily resolved and which, therefore, is emotional and dramatic. Of course, I discovered—to my chagrin—that creating the dilemma is easy, figuring out how to resolve it is the tricky part!


But I had fun developing a resolution with an emotionally satisfying ending—and hopefully readers will have just as much fun reading it!
Victoria Kincaid

Miss Bennet, I must tell you that almost since our first …
No.  Too formal.
You must be aware of my attentions …
Would that assume too much?
You must allow me to tell you how much I admire you …
This came closest to expressing his sentiments, but would she view it as excessive?
Darcy guided his stallion along the path to Hunsford Parsonage, anxiety increasing by the minute.  Somehow the perfect words for a proposal must come to mind.  He was close by the parsonage.
Almost out of time.
He took a deep breath.  The master of Pemberley was unaccustomed to such agitation of the mind.  But Elizabeth Bennet had a habit of unsettling his nerves as no one else could.  Not for the first time, he wondered why that should indicate she would be the ideal companion of his future life.  However, he had wrestled with his sentiments all day and finally concluded that it must be so, despite his objections to her family.
He had not slept the night previous and only fitfully the night before that.  Practically his every thought was occupied by Elizabeth Bennet.  Every minute of the day, he would recall a pert response she had made to his aunt or a piece of music she had played on the pianoforte.  Or the sparkle of life in her fine eyes.
Yes, at first she had seemed an unlikely candidate for the mistress of Pemberley, but his passion could not be denied.
He no longer made the attempt.
Strange.  He had been angered with himself for months that he could not rid himself of this … obsession with Miss Bennet.  But once he had determined to surrender to the sentiment and propose to her, he felt almost … happy.  Despite the fleeting sensations of guilt and doubt, he could not help but imagine how joyful it would be to have her as his wife.
He pictured the expression on Elizabeth’s face when he declared himself.  Undoubtedly, she was aware of his admiration, and she had returned his flirtatious banter on more than one occasion, but she could have no serious hopes for an alliance.  Her delight would make any of his misgivings worth it.
The woods on either side of the path thinned, and Darcy slowed his horse to a walk as he reached the clearing surrounding the parsonage.  Initially, he had been bitterly disappointed when Elizabeth’s headache had prevented her from accompanying the Collinses to Rosings for tea, but then he recognized a perfect opportunity to speak with her alone.
Excusing himself from the gathering had not presented any difficulties.  His cousin, Colonel Fitzwilliam, had received a letter that day with word of an unexpected inheritance of property following the death of his mother’s sister.  Darcy was well pleased for his cousin, who had chafed at the limitations of a second son’s life.  Richard had excused himself to plan for an immediate departure from Rosings the next day so he could soon visit his new estate.  Darcy had seized on the excuse as well – since, naturally, he would be taking Richard in his coach and would necessarily need to prepare.
Darcy turned his thoughts to the task at hand.
You must allow me to tell you how violently I admire …
No.
You must allow me to tell you how ardently I admire and love you …
Perhaps …
Darcy swung his leg over the pommel and slid off his saddle, tying his horse up at a post outside the Collinses’ front door.  Pausing for a moment, he breathed deeply, willing his body to calmness.  Then he seized the door knocker and rapped.
The maid who answered the door appeared unnecessarily flustered.  As he followed her down the short hallway to the Collinses’ modest drawing room, Darcy had a dawning sense of wrongness.
Voices already emanated from the drawing room.  Darcy immediately recognized Elizabeth’s lovely soprano.  But the other voice was male, too muffled for him to hear.  Had Collins returned home unexpectedly?
Darcy quickened his stride, almost crowding against the maid as she opened the drawing room door.  “Mr. Darcy, ma’am,” the maid announced before swiftly scurrying away.
Darcy blinked several times.  His mind had difficulty understanding what his eyes saw.  His cousin Fitzwilliam was in the drawing room.  With Elizabeth.  With Darcy’s Elizabeth.  In actuality, Richard sat beside her on the settee, almost indecently close.
Why is Richard here? Darcy wondered with some irritation.  Should he not be packing for his departure rather than preventing me from proposing?
Richard and Elizabeth had been smiling at each other, but now both regarded Darcy in surprise.
For a moment, all was silence.  Darcy could hear the crackling of logs in the fireplace.  He had the nagging sensation of having missed something of importance but could not identify it.
“I … uh … came to inquire after your health, Miss Bennet.”  Given the circumstances, Darcy was proud that the words emerged at all coherently.
“I am feeling much recovered, thank you.”  Her voice was somewhat breathless.
A look passed between Richard and Elizabeth, and she gave a tiny nod.  Darcy’s sense of mystification increased.  Finally, Richard sprang to his feet with a huge grin on his face.  “Darcy, you arrived at just the right moment.  You can be the first to congratulate me.”  At that moment, Darcy started to get a sinking, gnawing feeling in the pit of his stomach.  “Elizabeth has consented to be my wife!"

About the book: Pride and Proposals

What if Mr. Darcy’s proposal was too late?

Darcy has been bewitched by Elizabeth Bennet since he met her in Hertfordshire.  He can no longer fight this overwhelming attraction and must admit he is hopelessly in love.
During Elizabeth’s visit to Kent she has been forced to endure the company of the difficult and disapproving Mr. Darcy, but she has enjoyed making the acquaintance of his affable cousin, Colonel Fitzwilliam.
Finally resolved, Darcy arrives at Hunsford Parsonage prepared to propose—only to discover that Elizabeth has just accepted a proposal from the Colonel, Darcy’s dearest friend in the world.
As he watches the couple prepare for a lifetime together, Darcy vows never to speak of what is in his heart.  Elizabeth has reason to dislike Darcy, but finds that he haunts her thoughts and stirs her emotions in strange ways.

Can Darcy and Elizabeth find their happily ever after?

By the author of The Secrets of Darcy and Elizabeth, an Amazon Regency Romance Bestseller, Victoria Kincaid

a Rafflecopter giveaway
Posted by Maria Grazia at 23:54

The Colonel is one of my favorite characters. I am looking forward to this book! Thank you for writing it.

The Colonel is one of my favorite characters. I am looking forward to this book! Thank you for writing it.

Poor disillusioned Darcy, just a few minutes too late to find out Elizabeth's feelings. I hope all goes well with the Colonel.

Poor Darcy... That was the worst thing who can happened to him and things will not be easy for him (or for the colonel later).

I really love Colonel Fitzwilliam but Elizabeth ends with Darcy or a spinster!! ;)

Thank you for the giveaway!

I sooooo want to read this book! Thanks for offering in the giveaway.

The cover is gorgeous, especially the dress!

Love all the different stories that come out of Pride and Prej. This sounds really good and the cover is really nice. sonja dot nishimoto at gmail dot com

I am very excited to read this book as Col Fitzwilliam is one of my favorite characters. I especially love the relationship between him and Darcy, so as this book provides a different dynamic to their relationship, I am very much interested in reading it!

Yikes! What a nightmare for poor Darcy.

This is a really great story line! Thank you for the giveaway.

I fell in love with the cover long before I wrote the book, Jen.

I'm so excited that I won! ~happy dance~

Thank you Maria Grazia, and thank you Victoria Kincaid!

Thank you for the prize! I am so excited to have won one.