After years of pinching pennies and struggling to get through art school, Emma Makie’s hard work finally pays off with the offer of a dream job. But when tragedy strikes, she has no choice but to make a cross-country move to Colorado Springs to take temporary custody of her two nieces. She has no money, no job prospects, and no idea how to be a mother to two little girls, but she isn’t about to let that stop her. Nor is she about to accept the help of Kevin Grantham, her handsome new neighbor, who seems to think she’s incapable of doing anything on her own.

Fun, compelling, and romantic, Prejudice Meets Pride is the story of a guy who thinks he has it all figured out and a girl who isn't afraid to show him that he doesn't. It’s about learning what it means to trust, figuring out how to give and to take, and realizing that not everyone gets to pick the person they fall in love with. Sometimes, love picks them. 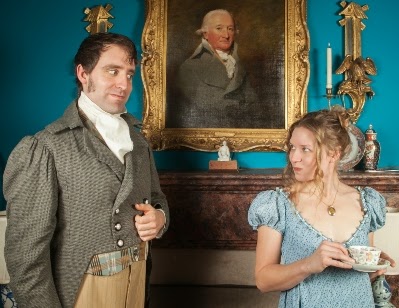 Most readers prefer Pride and Prejudice or Sense and Sensibility, but critics generally regard Emma as Austen's most carefully crafted or skillfully written novel.
Austen herself acknowledged that Emma might present a problem for readers, "I am going to take a heroine whom no one but myself will much like." And much about Emma is indeed unlikable; she is snobbish, vain, manipulative, power-hungry, self-deluded, often indifferent to the feelings of others, and on at least one occasion terribly cruel.
Does the comedy of watching Emma the Egoist get her comeuppance through a series of errors and admit she deserved her comeuppance make her likable? Although Emma knows what the right thing to do is, she still behaves badly; does this all too common human trait make her sympathetic because readers can identify with her?
Read more »
Posted by Maria Grazia at 22:07 1 comment:

Email ThisBlogThis!Share to TwitterShare to FacebookShare to Pinterest
Labels: Austen on Stage, Emma

TALKING JANE AUSTEN WITH ... VICTORIA KINCAID: THE SECRETS OF DARCY AND ELIZABETH. WIN ONE OF THREE EBOOK COPIES! 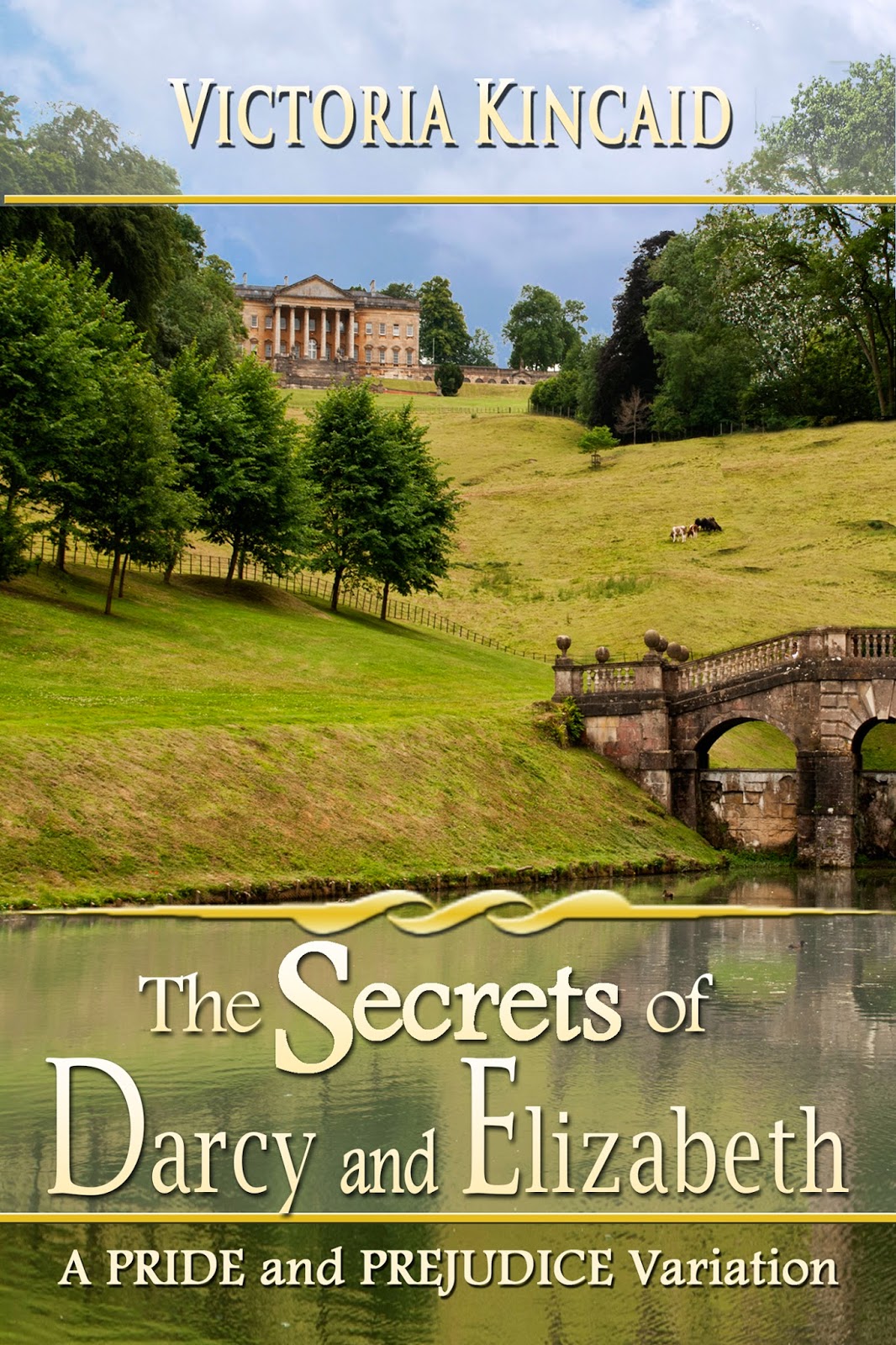 My special guest for these Easter holidays is Victoria Kincaid, author of The Secrets of Darcy and Elizabeth. Victoria has a Ph.D. in English literature and has taught composition to unwilling college students. Today she teaches business writing to willing office professionals and tries to give voice to the demanding cast of characters in her head. She lives in Virginia with her husband, two children who love to read, and an overly affectionate cat. A lifelong Jane Austen fan, Victoria confesses to an extreme partiality for the Colin Firth miniseries version of Pride and Prejudice.
You'll find updating about her writing and releases at her site. You can purchase her Pride and Prejudice variation here. There's a giveaway contest for 3 ebook copies below this post, it is open internationally, so,  please, take your chances.  Good luck and Happy Easter time, everyone!
Maria Grazia

Jane Austen and the 21st century. She lives in book clubs, conversations, sequels and movie adaptations. Do you think she has travelled through the centuries unchanged?

I think how we view Jane Austen changes constantly because our culture is always in flux.  If you look at the 1940 version of P&P, it’s quite different from any Austen adaptation today because they were focused on different aspects of her work.  She’s enjoying a surge in popularity today because particular aspects of her writing are particularly appealing to our culture at this moment.  I guess I would say that Austen hasn’t changed, but how we see her changes quite a bit. 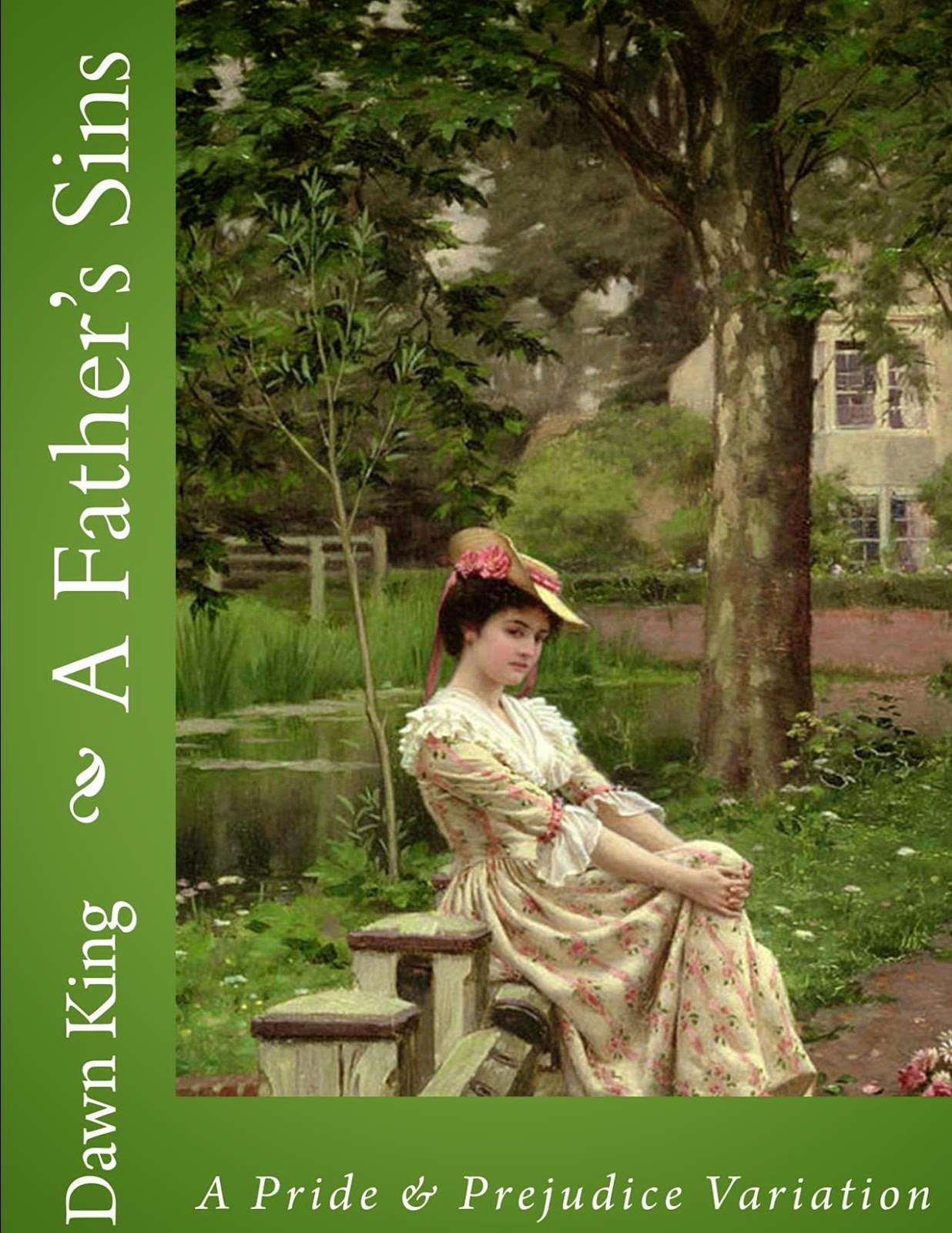 Welcome to our online club, Joy.  I'm really glad you accepted to be my guest at My Jane Austen Book Club and I'm so curious to discover more about  you and your debut novel, A Father's Sins!

Thank you so much for inviting me Maria. This has been an exciting adventure for me, both in writing, publishing, and promoting my book “A Father’s Sins” and in learning the finer points of modern technology. In the last three weeks I’ve Twittered, Googled, Blogged, and posted more than I have in the 57 years before that time and I do not think it will stop now that I have started.

Your book was released on March 22nd of this year. What has been the biggest change so far?

It is funny that you should ask that, Maria. My husband and I had just been discussing that very question. I think the biggest change is the number of my friends that want to tell me the stories that they have been thinking of writing or those that ask for help to get published. This is delightful to me because I love to hear what goes through the minds of the people that I am around. The tales vary so much. Other Jane Austen fans seem to be pouring out of the woodwork and the support I am getting from friends, family, and even complete strangers is phenomenal. My circle of friends is certainly much wider now than it was before publishing. 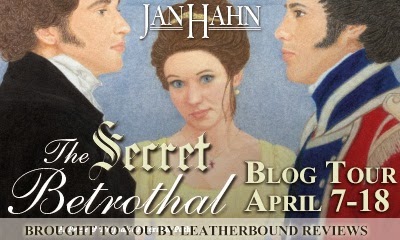 Why would a gentleman ask a lady to conceal their betrothal?

Jane Austen writes of secret engagements in more than one of her novels, and in The Secret Betrothal, author Jan Hahn explores the question of what would happen if Austen’s most famous heroine from Pride and Prejudice reluctantly agrees to accept such a proposal.
When Fitzwilliam Darcy learns that Elizabeth Bennet has committed herself to such an arrangement, his hopes of winning her hand are shattered.  After circumstances continue to bring the two together—from Hertfordshire to Rosings Park to the seaside town of Brighton―he finds he is unable to tame his desire for the woman who has stolen his heart.
Will Darcy’s efforts to win Elizabeth succeed, or will his sworn enemy lead her to the altar?

Hello dear Janeites and readers of My Jane Austen Book Club. Happy weekend to all! I'm here to introduce you a new friend and lovely Janeite: Donna Fletcher Crow, author of Jane Austen Encounter. There are 3 free ebook copies for you to win. Take your chances in the rafflecopter form below after reading Donna's guest post and good luck! Many grateful thanks to Donna for being our guest and for granting us the copies to give away.
Maria Grazia

I’ve been a Janeite longer than most of my readers have been alive. It all began my sophomore year in high school when my English teacher, little Mr. Hodgsen— who looked like Charlie Chaplin— knew me better than I knew myself and insisted that I delve into the English classics—while everyone else in my class was allowed to choose their own reading. I’ve never looked back. Nor have I ever quit saying thank you to Mr. Hodgsen because my love for Jane Austen has grown and flowered for more than half a century.