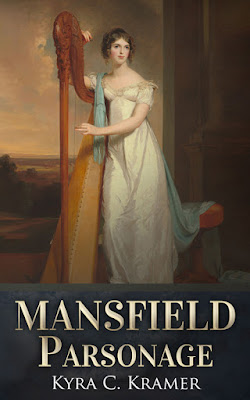 Fans of Jane Austen will recognise the players and the setting – Mansfield Park has been telling the story of Fanny Price and her happily ever after for more than 200 years. But behind the scenes of Mansfield Park, there’s another story to be told. Mary Crawford’s story.

When her widowed uncle made her home untenable, Mary made the best of things by going to live with her elder sister, Mrs Grant, in a parson’s house the country. Mansfield Parsonage was more than Mary had expected and better than she could have hoped. Gregarious and personable, Mary also embraced the inhabitants of the nearby Mansfield Park, watching the ladies set their caps for her dashing brother, Henry Crawford, and developing an attachment to Edmund Bertram and a profound affection for his cousin, Fanny Price.

Mansfield Parsonage retells the story of Mansfield Park from the perspective of Mary Crawford’s hopes and aspirations and shows how Fanny Price’s happily-ever-after came at Mary’s expense.
Or did it?

Praise for the book

“This book captures Austen’s voice with a fascinating point of view."” – Maria Grace, Author of "Courtship and Marriage in Jane Austen’s World" 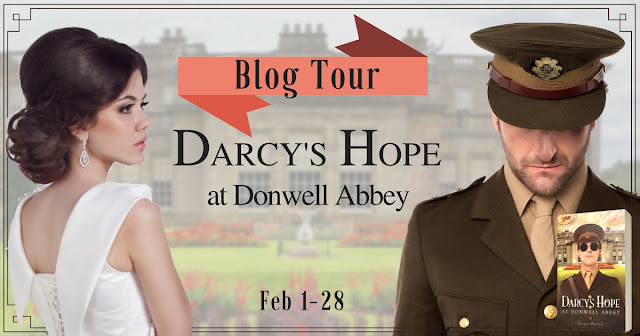 Hello Ginger and welcome back! This time we'll focus on Mr Darcy. You’ve imagined him as a man living and fighting during the Great War in your Darcy’s Hope saga. Is he very different or slightly different from the Austen hero we met in Pride and Prejudice?

Only slightly different. The realisation that Regency Era Fitzwilliam Darcy could have dined with the Edwardian Era Crawleys at Downton Abbey with little change in decorum was one of the things that sparked inspiration for Darcy’s Hope.
I’ve written Darcy’s temperament as essentially the same. He’s just exchanged his frock coat for an officer’s tunic, added a telephone and bathroom to Pemberley, and become comfortable calling his friends by their Christian name. But he’s still the brooding, taciturn, yet sensitive and romantic landowner of Pemberley that we all love.

SPOTLIGHT ON ... SNOWBOUND AT HARTFIELD BY MARIA GRACE + GIVEAWAY 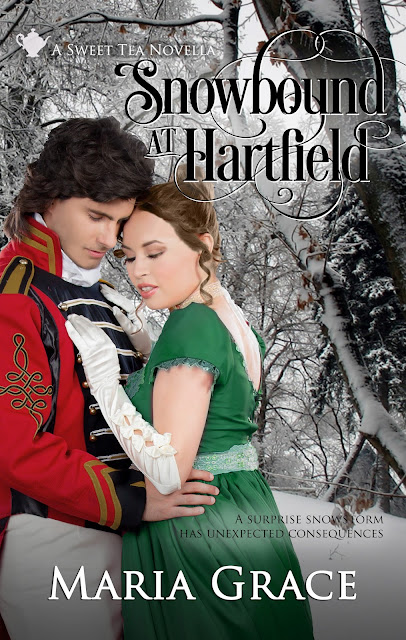 One of the things I love about Jane Austen’s characters is that they stay with you long after you’ve read the book. They become like old friends and you wonder how they would get along if they met each other. Of course, it might be challenging to manage to get them all together for tea, or better yet a house party, but it certainly would make for a fascinating time.

In Snowbound at Hartfield, a freak blizzard is just the thing to strand the Darcy party, including the Darcys, Colonel Fitzwilliam and Mr. Bennet, and Sir Walter Elliot’s party at Hartfield with Emma and George Knightley. Though Knightley has Emma’s assurances that she is finished with matchmaking, can she really resist the temptation their guests provide?

About the book: Snowbound at Hartfield

Colonel Fitzwilliam should have been happy facing retirement. No more Napoleon, no more tromping the Continent, and his distant cousin had unexpectedly left him an estate. What was more, two of his favorite people, Darcy and Elizabeth, were travelling with him to visit his new home.

But the colonel wasn’t happy, not when he was forced to watch Darcy exchanging enamored glances with his wife. No, he wanted to pitch his cousin out the window. It didn’t help when Darcy kept lecturing him on the joys of wedded life— as if women like Elizabeth Darcy grew on every tree.
Read more »
Posted by Maria Grazia at 14:27 10 comments: