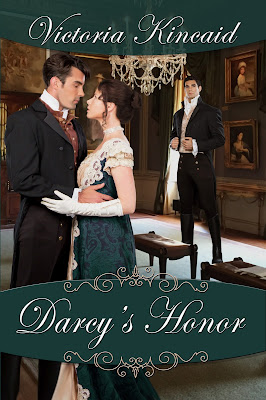 Her imaginative retelling sees Elizabeth Bennet relieved when the difficult Mr. Darcy leaves the area after the Netherfield Ball. But she soon runs afoul of Lord Henry, a Viscount who thinks to force her into marrying him by slandering her name and ruining her reputation.  An outcast in Meryton, and even within her own family, Elizabeth has nobody to turn to and nowhere to go.
Darcy successfully resisted Elizabeth’s charms during his visit to Hertfordshire, but when he learns of her imminent ruin, he decides he must propose to save her from disaster.  However, Elizabeth is reluctant to tarnish Darcy’s name by association…and the viscount still wants her…

Can Darcy save his honor while also marrying the woman he loves?

I have this set of 10 Darcy Questions in my archive that I find great fun to ask. I thought that after writing several books featuring Mr Darcy as the protagonist, Victoria,   you must have got to know him  very well. Would you mind answering a few questions about our beloved Fitzwilliam? It’s a quick “either …or …”  game.

Not at all. That must be fun.

Thank you, Victoria.  Let's start, then. To you Mr Darcy is …

Both.  The first few times I read the book, I thought Darcy was proud and Elizabeth was prejudiced (against Darcy), but I’ve come to realize that they both exhibit pride and prejudice. 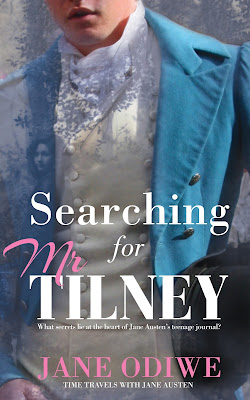 Jane Odiwe has just released a new book inspired to Jane Austen’s Northanger Abbey titled “Searching for Mr Tilney” (more about the book below). Loving Mr Tilney immensely, and while waiting to have a copy of the novel in my hands, I thought: “Maybe Jane has found out the answers to my perennial questions about Henry while writing her new book!” So I wrote down a few of my questions and sent them to her and she kindly and generously granted me her thoughtful answers.

What are Henry Tilney’s best qualities, Jane,  and is there anything we didn’t know about him that we could find out reading your new book?

Henry is handsome, intelligent, witty, and fun to be around. Catherine is clearly drawn to these qualities when she first meets him in Bath and delights in his teasing ways. She’s very naïve and inexperienced with men, and when she meets Henry who is seven or eight years her senior, it’s easy to see how the mature young man who can talk about history and art, and readily gives his opinions on many subjects would immediately captivate her.

Searching for Mr Tilney is not a re-telling of Northanger Abbey, but I have four male characters that share some, if not all of Henry’s characteristics. In 1975 Harry is a Theology student who has spent some time travelling in Africa. He meets Caroline, a fashion student who is studying in London and who shares some of Catherine’s naivety and love of Gothic novels. Like Henry, I hope you’ll find Harry charming, witty and lively!

THE JANE AUSTEN PORTRAIT BASED ON SOURCE MATERIALS AND FORENSIC METHODS

(by David Baldock, the Director of the Jane Austen Centre Bath)
In 2001, Melissa Dring was commissioned by David Baldock, the Director of the Jane Austen Centre, Bath, to produce a new portrait of the author, as she might have appeared during her time in Bath, 1801-06.
Combining the insights of the professional portrait painter with those of the police forensic artist, Melissa was uniquely qualified to accept this challenge.
David Baldock had heard of her work on a speculative likeness of the Venetian composer Antonio Vivaldi. A film producer, wanting a likeness to use as a casting aid for a proposed film biography of the composer, and feeling it was a job for a forensic artist, had approached Scotland Yard, who recommended Melissa.
The difficulty with both commissions was their shared lack of reliable contemporary portraiture, although a wealth of written eye-witness accounts survive in both cases.
Read more »
Posted by Maria Grazia at 11:54 1 comment: 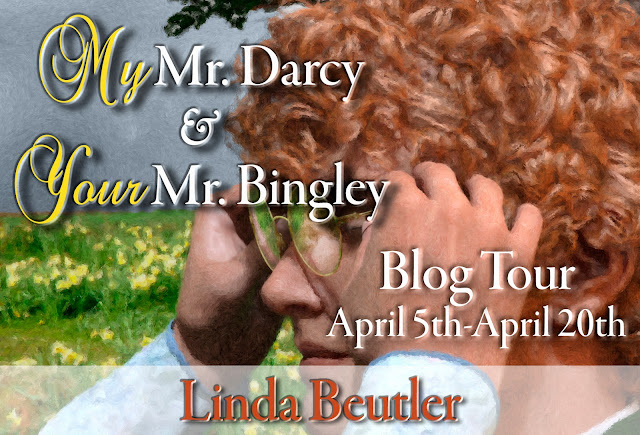 Greetings again, Maria Grazia, and thank you infinitely for hosting the My Mr. Darcy & Your Mr. Bingley blog tour—it’s first stop, too, you brave lady! It is a pleasure to be back at My Jane Austen Book Club. Hard to believe we met here four years ago, for the debut of The Red Chrysanthemum! You have requested I share an unpublished vignette from my new novel with your readers, and since you and I both adore Colonel Fitzwilliam, I offer this little scene. (I’ll just mention I gave the dear colonel the Christian name Alexander in my third novel, A Will of Iron and my best friend loves it so, I’m likely to stick with it, rather than the ubiquitous “Richard”.)

To set the scene, we have the Colonel heading to bed in the room saved for him at Darcy House. He and Darcy suffered a less than enjoyable evening at the London theatre in a box adjoining that used by the Gardiners and their guests, Jane and Elizabeth Bennet. It is about ten days since the contretemps between Darcy and Elizabeth at Hunsford. The colonel has been scolding Darcy, but has now retired from that particular field of battle.

Thank you, Maria Grazia, for inviting us to launch the blog tour for my latest project, The Darcy Monologues, here at My Jane Austen Book Club. Similar to your own lovely blog, Austen’s brooding hero has an audience of devoted readers that spans from one corner of the world to another, making it an absolute pleasure to share this collection with your readers and connect with people all over the world who have the same deep and abiding love for Mr. Darcy.

When my Dreamcast of Austenesque authors joined me in creating this collection, I knew I had a singular opportunity to collaborate on this collection of fifteen short stories. Since I have fangirled each and every one of these talented authors for quite some time now, we decided to turn the spotlight back onto them, as I have asked each author to join us as they fangirl one another throughout this blog tour. It is with the greatest pleasure that I thank you and your readers for allowing me to share with the world this anthology of Austenesque stories all told from the point-of-view of the most tolerable man in all of England!

I hope everyone who joins us for this tour finds delight in these author spotlights, the multimedia touches we’ve included for your everyone’s reading pleasures, and the fabulous grand prizes, which have been generously donated by this amazing group of authors. I can’t thank them enough for taking part with me in this exciting endeavor! Please allow me to introduce The Darcy Monologues.

JANE AUSTEN IN THE WORLD - ENGIN INEL HOLMSTROM, PRIDE AND PREJUDICE WITH A TURKISH TWIST 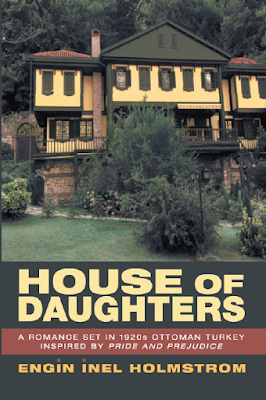 So glad in your interest in my new novel House of Daughters -- a retelling of Pride and Prejudice with a Turkish twist. Here’s how it happened.

Would you believe it, that when I first read Pride and Prejudice as a sophomore at the American College for Girls in Istanbul, Turkey, I had to look up the dictionary definitions of “pride” and “prejudice”? My English was that bad then. So, I missed most of Jane Austen’s exquisite darts at the frailties of human behavior but I definitely got the basic story of a spirited girl putting a proud man in his place and taming him! Since then, I’ve read the book at least once every year and each time I find something new that puts a big appreciative smile on my face.

House of Daughters is my second novel. Waiting for an inspiration to start me on my writing journey, it was not surprising that I’d think about my favorite characters, Elizabeth and Darcy.  During the last three decades or so, retelling the story of Elizabeth and Darcy has become very popular as your blog site proves, but so far, no one had dared to imagine them as Turks! So, I said to myself, “why not? Austen’s love story is universal. Let’s see what happens!”

The setting I chose was 1920’s Turkey. The Ottoman Empire was dying. Istanbul was occupied by the British, and the nationalists were busy founding a new republic in Anatolia. This was a turbulent period in Turkish history and it gave me lots of opportunities to get my Turkish versions of Jane Austen’s beloved characters out of the drawing room and into the fray of social, cultural, and political change.