SPOTLIGHT ON ... P.O. DIXON, BY REASON, BY REFLECTION, BY EVERYTHING + GIVEAWAY 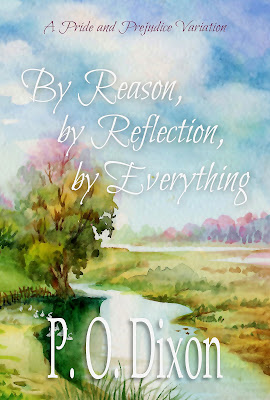 Thank you so much, Maria Grazia, for this opportunity to visit My Jane Austen Book Club and share an excerpt from my new release, By Reason, by Reflection, by Everything. It’s always a great pleasure to be here.


What if Lady Catherine de Bourgh and her late sister, Lady Anne, were not the only two who enjoyed a favorite wish for Fitzwilliam Darcy’s future marital felicity? What if the elder Mr. Darcy had a favorite wish of his own? What if he promised his firstborn son to the firstborn daughter of his old university friend, Thomas Bennet? Are promises made always promises kept? Or is a love like Fitzwilliam Darcy and Miss Elizabeth Bennet's destined to prevail? 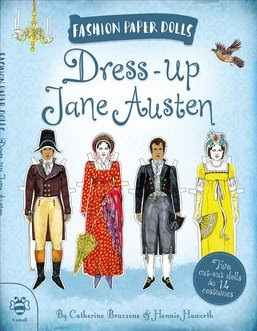 Think you know your morning dresses from your riding habits? Whether it’s dancing the night away or preparing for a winter walk are you sure you know what it is the best outfit to wear? Have a close look at the costumes contained in Dress- up Jane Austen and you'll find wonderful suggestions.

And what about discovering Jane Austen’s Regency era through fashion! Aren't you curious to know more about such a fascinating time? Thanks to Dress-up Jane Austen you'll get to find out unusual details, how a Regency bride and groom dressed for their wedding  or why everyone used to wear hats, for instance.

What is Dress-up Jane Austen?

It is a beautifully illustrated activity book. Written by Catherine Bruzzone and illustrated by Hennie Haworth, it is part of a series,  Fashion Paper Dolls,  and it's all about discovering the history of the Regency Era through the fashions of the time. It provides a healthy dose of nostalgic paper dolls fun and interesting information.  Whilst the series of books is meant for children, leafing through its lovely pages,  I'm sure that adults, especially Jane Austen fans,  might enjoy the level of detail in the drawings, too.
Read more »
Posted by Maria Grazia at 15:19 16 comments: 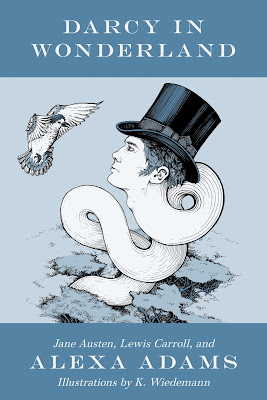 Thank you so much for hosting me today at My Jane Austen Book Club! It’s always a pleasure to drop in.

Today I’d like to focus on some of the side characters in my book, Darcy in Wonderland, all of whom are of great interest to Janeites. While the story primarily focuses on the immediate Darcy family, particularly Mr. Darcy and Alice, many of our friends and foes from Pride and Prejudice receive mention, and some even play a major role in the plot, like Lady Catherine. She has had ample time in the spotlight over the past several days as I’ve done the rounds of the blogs, so let’s set that imposing grand dame aside and turn our attention to quieter members of the cast.

Austen was rather specific regarding the fates of some of her characters, and even though this is a rather unorthodox continuation, I have stuck to cannon as much as possible. For example, the fates of Mary and Kitty Bennet are clearly disclosed at the end of Pride and Prejudice, so I didn’t tamper with their destinies.

“The days passed quickly in a frenzy of preparations, visiting, and new arrivals, who swelled the numbers in the dining room. Elizabeth’s sister, Mary Harding, her husband, and their three rather grown children arrived from Hertfordshire two days before the ball. They traveled with the Collinses of Longbourn, who left their children at home. Kitty Crawford and four of her brood of nine did not descend upon Pemberley until the following day, as her husband, a clergyman, worked in a parish not far away. The halls of the great house veritably rang with the footsteps and laughter of children while the nights were marked by family gatherings in the drawing room, full of games, performances, conversation, and laughter. What did it matter if Mr. Collins was abysmal at cards? Under his wife’s skillful management, the former rector’s absurdities were never subjected on any single person for too long, and Bennet was often happy to partner him, finding his cousin just as diverting a source of entertainment as his grandfather had before him.”
Read more »
Posted by Maria Grazia at 09:25 21 comments: 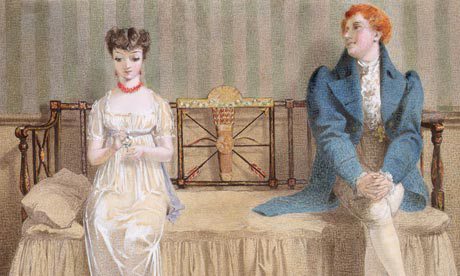 In Jane Austen’s Pride and Prejudice, Miss Austen brings up the issue of “Breach of Promise Suits” as they apply to Lydia and Wickham. This exchange actually occurs after Darcy’s second proposal (chapter 60) when Elizabeth is asking Darcy when he fell in love with her:

SPOTLIGHT ON ... THE JOURNEY HOME BY KAREN M. COX 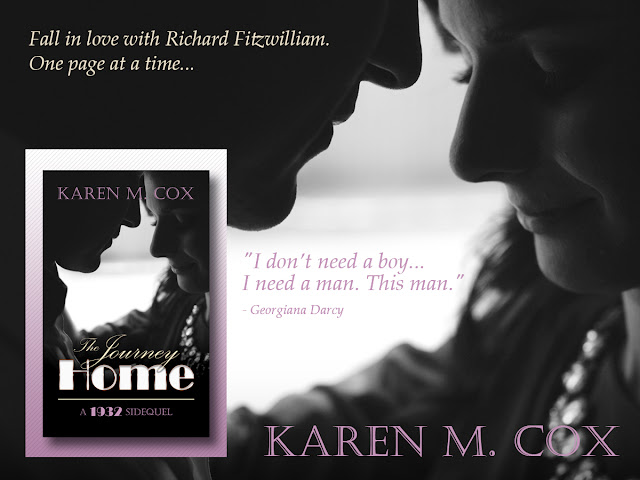 Georgiana Darcy has left girlhood far behind her. A young, single mother with two small daughters, she escaped a precarious existence. Now she has returned to her ancestral home, ready to rebuild her life. Her brother, William, welcomed her with open arms and helped her back on her feet. But home is more than a place—it’s a state of mind, and Georgiana has a journey of the heart ahead of her. As her brother falls in love with Elizabeth, the new girl in town, Georgiana finds herself drawn to William’s long-time friend, Sheriff Richard Fitzwilliam, a widower fifteen years her senior. Richard would never want her, or so she believes, but when he’s near, her sorrow vanishes. When Georgiana’s past comes roaring back to haunt her, can Richard and his kind, gentle ways help see her through?
Read more »
Posted by Maria Grazia at 21:39 3 comments: