BOOK UNDER THE SPOTLIGHT: GEORGIANA DARCY, A SEQUEL TO PRIDE AND PREJUDICE, BY ALICE ISAKOVA 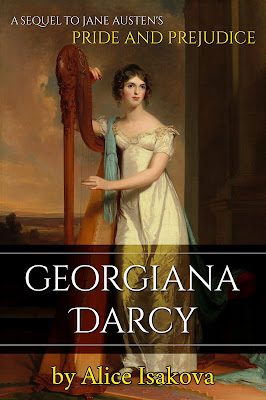 From the book blurb

With her temptingly large dowry, the beautiful and talented Georgiana Darcy catches the eye of numerous suitors, not all of whom wish to marry purely for love. As Georgiana navigates the treacherous waters of courtship, her story becomes intertwined with that of Anne de Bourgh, her wealthy but painfully awkward cousin, who stirs up trouble when she sets her sights on a young gentleman with a rank far below her own. In so doing, Anne encounters the opposition of her proud and domineering mother, the formidable Lady Catherine de Bourgh, and sets in motion a chain of events that brings a damaging secret to light and threatens to destroy Georgiana's dreams of happiness. Intrigues, gossip, and elopements further complicate Georgiana's efforts to find love and avoid the snares of fortune-hunters.

Written in a sparkling, witty, humorous style on par with Jane Austen's own in Pride and Prejudice, Alice Isakova's Georgiana Darcy continues the tale that has delighted readers for over two centuries.
Read more »
Posted by Maria Grazia at 15:16 31 comments: 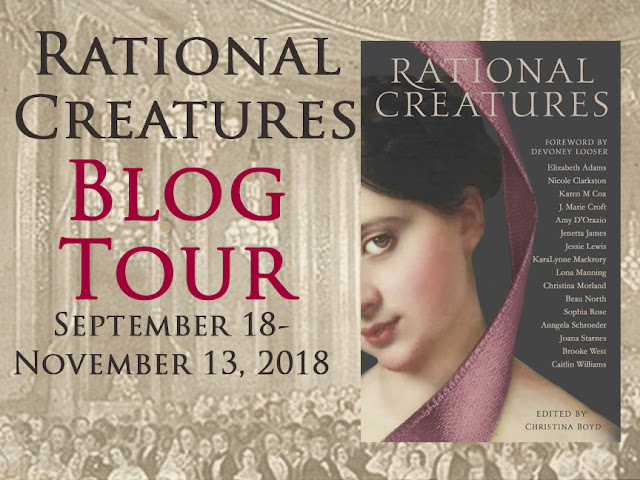 Thank you, Maria Grazia, for launching the tour of our book, Rational Creatures, at My Jane Austen Book Club. It’s a pleasure to be here with your readers and for me to have the opportunity to share my post about Miss Elinor Dashwood, one of Austen’s earliest heroines. 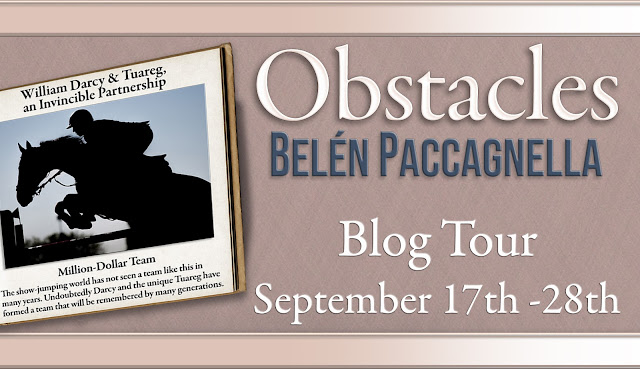 WHY OBSTACLES
Thank you, Maria Grazia, for inviting me to launch the tour for my debut book, Obstacles, on your blog. For this launch post, I thought your readers would like to learn about the inspiration for this book.
The inspiration for Obstacles came soon after I finished posting my second story, Paper Jam, when I was thinking about what to write next. My sister and I were having dinner at a friend’s house, who happens to be a horse breeder and trainer, when she told us about the foal she wanted to import from Germany and all of the issues she was having with the stable that was currently housing her horses. Like us, she was a middle class woman who was struggling to pursue a dream with only a few resources, while the rich and powerful gloated about their insanely expensive Grand Prix horses and achievements that can usually only been obtained with tons of money. As I listened to her, I thought, “Wow! This would make an excellent setting for a Pride & Prejudice story.” I mean, what a better backdrop for a battle of the classes than the equestrian world? While more and more people around the globe practice equestrian sports, it still remains the one most associated with wealth and royalty.
Read more »
Posted by Maria Grazia at 12:00 60 comments: 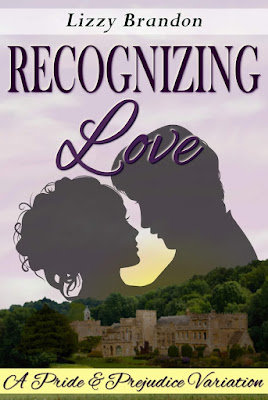 I didn’t read Jane Austen until I was forced to do so in college.  Pride and Prejudice – sounded depressing and I actually considered changing sections of my British Literature course when I saw it on the reading list.  After I read the book, I was hooked.  For Thanksgiving break, my roommate and I were both staying on campus, so we borrowed my professor's VHS set of the 1995 BBC Pride and Prejudice that we binge watched twice.
Like a good dealer, I got my next roommate addicted as well. Days where one of us was sick or having a really bad day we would pop tape #4 into the VCR, curl up in our pajamas, and watch Colin Firth dive into a lake.
I had never heard of fanfiction and was wandering Target one day when I discovered Linda Berdoll's Darcy Takes a Wife.  I devoured the book, then proceeded to continue my dealer-like tendencies by passing it on to everyone I had already hooked on Pride and Prejudice.  As I was ordering my 4th copy of the book on Amazon, the site suggested some variations by Abigail Reynolds.  After ordering a few of her books I started getting more suggestions and finally realized Pride and Prejudice variations were a genre all their own. Since then, I've been hooked.
As I was writing the epilogue to Recognizing Love I discovered the heart of why I love variations so much.  Not only do they provide an opportunity to spend more time with my favorite characters from all fiction, the stories provide a plethora of ways for Elizabeth and Darcy to find happiness. 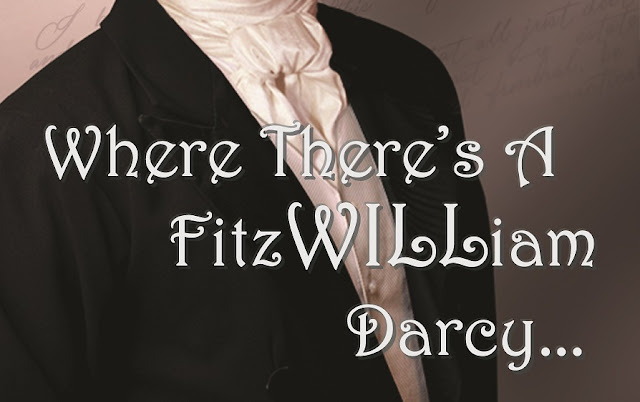 The mourning rites we customarily think of as being so strict during the Regency era, were actually those imposed by Queen Victoria after the death of her husband, Prince Albert. Victoria was known to wear black for many years and strict forms of comportment during the mourning period. The Georgian Era/Regency held its moments, especially during the country's mourning for King George III and later, King George IV. But the mourning of individuals differed.