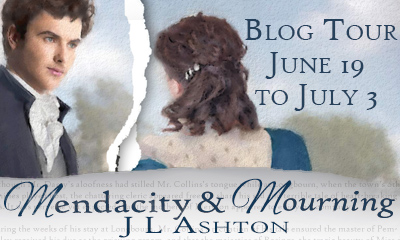 Hello Jan and welcome to My Jane Austen Book Club!
Thanks so much for hosting me here, Maria, and letting me talk a bit about my new, slightly off-kilter romantic comedy, Mendacity & Mourning.

Tell us about Mendacity & Mourning.
Summed up simply: Mildly depressed boy meets lively girl. Each misunderstands the other’s attachment. Gleeful gossip and mendacious mayhem ensue. Many jokes and metaphors are made about fluffy clouds, errant sheep, lumpy heads, creamed turnips, and the importance of Thursdays in marital felicity on the road to their shared happiness. Also, Kitty idolizes Miss Bingley, there is a naughty artist, and the Fitzwilliams are a colorful bunch who enjoy fruit. 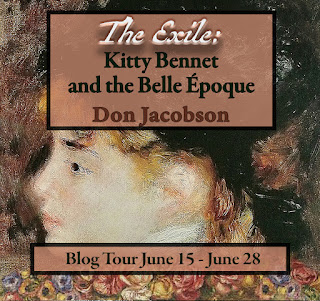 Why the Wardrobe as a device to create a story arc in the Pride & Prejudice Universe?

Through my years of reading Jane Austen’s fiction, I found myself gravitating toward the side characters—particularly those in the greatest novel…Mary the moralizing sister…Kitty who coughed and wilted in the glare of her younger sister’s boisterousness…Lydia who was, frankly, just this side of being a slut…Thomas who could have done so much more as a father.

JAFF writers have sought to carry on the ODC saga by offering the younger sisters their own storylines. Epilogues usually place Mr. Bennet in the bowels of the Pemberley Library. Mrs. Bennet is rarely mentioned—and is often dispatched with a bout of apoplexy.