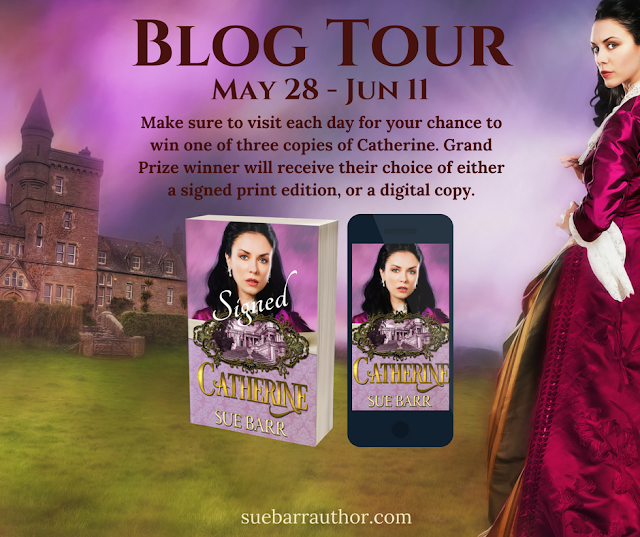 I was asked about Kitty’s transformation in my latest release, CATHERINE: Pride & Prejudice continued… Book Two. At first, I was a bit flummoxed. You see, I never thought of my story in that manner. However, having mulled about this for a few days I came to the realization that this is exactly what I did.
Let me start in this manner. As I wrote the book I was very careful to portray Catherine’s POV (point of view) as being Kitty. When you think of Pride & Prejudice, this is how everyone saw her. Kitty Bennet who followed Lydia in all things. Kitty Bennet who was a silly girl. Kitty Bennet who coughed too much (thank you, Mrs. Bennet for that one). Her character was never fully developed and all we know from original canon ending that she became ‘less irritable, less ignorant, and less insipid’. Oh my.

Wikipedia has a detailed article of Kitty’s accomplishments – or lack thereof. You can read the whole thing here. I’ve included a brief snippet below.

“Her role in the Bennet family is little more than as the easily hit-up-able, easily downtrodden, easily hurt, and easily teased flirt, whose substance is largely borrowed from Lydia. Kitty is described as "weak-spirited", "irritable", and (along with Lydia) "ignorant, idle and vain". While she and Lydia have a number of similar interests, Kitty is weak-minded, lacking in resolve, and simply lacks Lydia's 'spark', spunk and motivation, always seeming to be 'luckless' and one step behind her.”

How does a young lady come back from all this and thrive? This is where I decided to take up the reins and flesh out her character. I gave her a secret which at times overwhelmed her and encouraged her to become closer to her elder sister Mary now that they are alone at Longbourn. Mr. Bennet also sees his fourth daughter in a new light, which provided some lovely father/daughter moments, although at times they were a bit heartbreaking.
The flip side of this coin is Lord George Kerr, second in line to his brother Maxwell, the 5th Duke of Adborough. From the minute he meets Catherine, he is enamored and because he is handsome, rich and well placed he sees no reason why she wouldn’t return his attentions. He always sees Kitty as ‘Catherine’, which tells the reader that he sees before him a young woman, worthy of his burgeoning love. He has no pre-conceived notions of who she was before she met him and bases his opinion on what he alone hears and sees. Even when her secret is revealed, he loves her even more. *sigh* 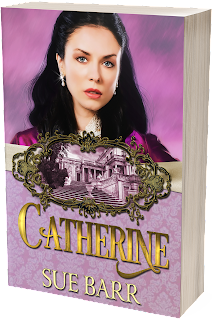 Some secrets are not meant to be shared.

Catherine Bennet, known as Kitty to close friends and family, knows this better than anyone. She also knows that she will never marry and it never bothered her before she met Lord George Kerr at Elizabeth and Darcy’s wedding. He’s determined to breach the walls of defense she’d carefully constructed around her heart, and she’s just as determined to stay the course.

Some secrets cannot be shared

Lord George Kerr knows this better than anyone. For five years, as a spy for His Majesty the King, he played the part of a Rake, concealing his espionage activities beneath a blanket of brothels, drink and loose women. Even though he’s forced to resume his regular life within London’s finest society, he still must keep some things hidden.
One thing he does not hide is his attraction to Miss Catherine Bennet of Longbourn. Enraptured by her beauty and warmth of character, he plunges headlong into winning her heart, only to find it carefully guarded and she’s unwilling to give him even a small pinch of hope.

Some things are beyond your control

When circumstances bring Kitty’s secret into the open, she fears the tenuous bonds of friendship she’s forged with Lord George will be lost forever along with whatever love he proclaims to have for her. With the very lives of England’s vast network of spies working undercover in Bonaparte’s France hanging in the balance, she’s forced to face her worst nightmare.
Her secret is laid bare, can he love her enough to overcome what he learns?


For more information about Sue and her books, check out her website

From there you can follow her on Facebook or Twitter or hop on over to her blog and find out how boring her life really is…. While there, don’t forget to sign up for her announcement only newsletter. No spam. Pinky promise.

CATHERINE is available exclusively on Amazon. You can purchase your copy HERE 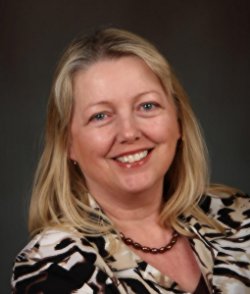 When Sue retired in 2015 from the London Police Service, she re-discovered #JAFF. Prior to that she’d read Pamela Aiden’s trilogy and, like all of us here, watched every movie ever made of Jane Austen’s books, as well as the spin-offs. Her favorite is Lost in Austen.

About that time, her childhood friend (Suzan Lauder) introduced her to A Happy Assembly. It wasn’t too long before the plot bunnies escaped and Sue began to wonder ‘whatever happened to Caroline Bingley after Charles and Mr. Darcy became engaged to the Bennet sisters?’ From that, CAROLINE was born, followed by CATHERINE which we are talking about today. In the works is GEORGIANA and who knows what else will follow….

Readers may enter the drawing by tweeting once each day and by commenting daily on a blog post or review that has a giveaway attached to this tour. Entrants must provide the name of the blog where they commented.
Each winner will be randomly selected by Rafflecopter and the giveaway is international. Each entrant is eligible to win one eBook or paperback book.

Sounds like you have made Kitty into an interesting character

Thank you, Vesper. I've always thought Kitty had more substance than what was portrayed. As P&P is mainly Lizzy and Darcy's story, Kitty takes a back burner. I hope, when you read my story, that you will like the woman Catherine becomes.

I like the premise and am glad to see a book that focuses on Kitty. I look forward to reading more about her journey.

Thank you for launching this tour!! I finished this book recently and I think JAFF readers will adore these characters!! Sue has created a story filled with romance, suspense, and interesting character developments.

I hope your readers love learning about how Kitty became Catherine!!

I've known Sue Barr since we were tweens and writing little plays for our church rummage sales. I'm so excited that her latest book, full of intrigue, is available now! Thanks for the guest post, Maria!

From what I can tell, there are even fewer stories featuring Kitty than there are Mary, so it's good to see her getting her "day in the sun". Add in a spy mystery as well, and it looks as though Sue has produced a most intriguing story.

Thank you all for your lovely comments. I adore Lord George and wanted to box Kitty's ears when she wouldn't let her heart have its way...

I'm going to enjoy this thank you.

What a terrific idea to have Kitty “become” Catherine!! She so deserves her own story of growing up and finding herself aswell as love.

I'm looking forward to reading this book. I love stories about other Bennet girls. Congratulations.

Congratulations on this book. I do like it when books are written about the other sisters.

I am glad you choose to expand Kitty's story, Sue. She deserves to have her own tale told after Lydia, Jane and Elizabeth married and move away from Longbourn. Will you be writing about other secondary characters like Mary Bennet and Colonel Fitzwilliam? How about Bingley and Jane too?

this article is very helpful. kindly visit my website cocmodo

A mobile app or mobile application is a computer program or software application designed to run on a mobile device such as a phone/tablet or watch. Some Good apps for our iOS and Android Devices are CartoonHD
Spotify Premium APK Free

The gamers can enjoy all the mods available for the game ...
www.theclashofmagicapk.com/

I was very pleased to uncover this website. I want to to thank you for your time for this fantastic read!! I definitely savored every little bit of it and i also have you saved as a favorite to see new things in your site.
Download WhatsApp MODS