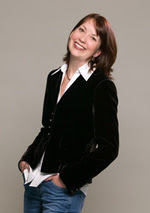 As a child, Lori Smith’s mother had to pay her to read books.  So it’s a bit ironic that she now gets paid to write them.  Lori feels connections to Austen on many levels—as a writer, a single woman, an Anglican, and as someone struggling with a mysterious chronic illness. For her last book, A Walk with Jane Austen: A Journey into Adventure, Love, and Faith, Lori spent a month in England tracing Austen’s life and works. Readers voted to give that book the Jane Austen Regency World Award for best nonfiction.
Her writing has also appeared in Washington Post Book World, Publishers Weekly, Beliefnet.com, Skirt!, and Today’s Christian Woman.  Lori lives in Northern Virginia with her sweet but stubborn English lab, Bess.

In your new book,  your second Austen-dedicated one, The Jane Austen Guide to Life: Thoughtful Lessons for the Modern Woman , you point our how much Jane Austen has to teach to contemporary women. What is lesson number one, the basic one?

I think the first, most basic lesson Austen has for us is about becoming women of substance—which is not something we readily think about today.  We may think about being happy or having fun, but not so much about being substantive, about forging our character and developing the kind of self-knowledge Austen wanted all of her heroines to have.  She couldn’t abide foolishness (a la Lydia Bennet).  Her heroines were strong women who did the right thing, who saw through the social heirarchy to a person’s true worth, who could carry on an intelligent, meaningful conversation.  That’s worth aiming for.

What about the  most useful  one?

Well, since it’s Austen, I think her lessons on love and romance are very useful.  What strikes me is her emphasis on love requiring careful thought as well as emotion—that it shouldn’t be something you simply fall into without thinking about it carefully as well.  In Austen’s day, a woman couldn’t really get out of a marriage, so it was essential that she thought it through before she walked down the aisle, but I think this perspective is so valuable in our own overly-romanticized culture. 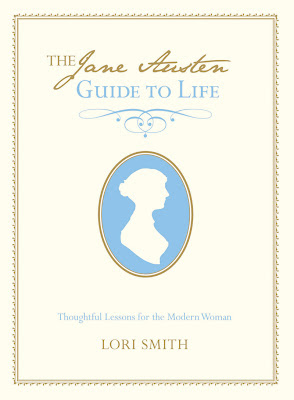 And, last but not least, which is the wittiest one?

Austen would want us always to be prepared to laugh at ourselves, and let others laugh with us.  One thing that consistently strikes me when reading Austen’s letters and stories is the sheer joy and energy she brought to life.   If I could inherit one thing from her, it would be that!

What has she personally given to you, instead? I mean, what did you learn from her which was important for your personal life?

So many things.  The things I’ve mentioned above—approaching life with joy, recognizing that love requires thought as well as feeling—have been important to me, but also watching the way Austen lived through a difficult and mysterious illness.  I’ve lived with a chronic illness (Lyme disease) for years, which shares some symptoms with what Austen had, and it’s meaningful to me to see the way she handled it with complete honesty, without any self-pity, and as always with Austen, with humor.

Your book proposes lessons  from Austen to modern women, but hasn’t she got anything to teach to men? Contemporary men?

I think she has so much to teach men, and I’ve thought several times about writing that book, but I’m not sure they would read it!  I think we’ve lost the concept of what it means to be a gentleman, or perhaps use that word to connote a sort of style or etiquette without the underlying character that men in Austen’s world would have expected it to mean. 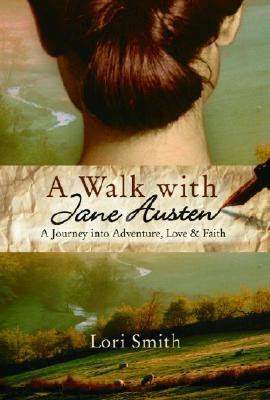 In your first Austen-inspired book, A Walk with Jane Austen, you tell about the long journey to Jane Austen’s England. Which was the most touching moment in your quest on the footsteps of our beloved Jane?

There were so many, but I think the most touching was the day I spent walking in the fields around Steventon and Ashe, places where Austen herself walked.  I can remember walking into the middle of a field close to her dear friend Anne Lefroy’s house in Ashe, stopping in the sun and feeling full of joy to be in Austen’s countryside, in the places she loved, walking the way she would have.  Amazing.

I was really moved and excited at being near the little writing table she sat at for long hours to give us the endless pleasure of reading her works. What do you think of being a writer , a woman writer, at that time compared to being one at present?

I’m most struck by how much is still the same—how she haggled with her publishers, thought they were rogues, but decent rogues (to paraphrase what she writes in one of her letters), how much she wanted for people to buy and enjoy her books, how she yearned to make money at it, was thrilled with what she made, but also wanted more.  So much is the same.  How even Jane Austen dealt with rejection—and how she was actually self-published.  (We may be prone to thinking that self-publishing is a new phenomenon, but it’s been around for hundreds of years.)  The big difference is that back then, a lady wasn’t really supposed to write, and now, it’s perfectly acceptable.  And she had to write everything long-hand, which I can’t imagine.

What do you most admire in Jane’s personality  - for what we know - and from what we can perceive from what she writes?

Her energy, her spirit, and her joy.  I love that about her. 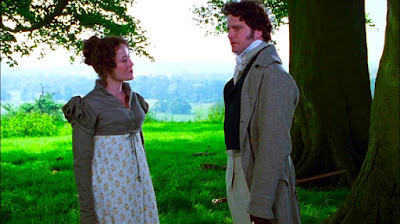 Would you ever write a sequel or spin-off for one of Austen’s  works? Why? Why not?

Probably not.  I don’t think I could ever adequately capture Austen’s voice.  I have played with the idea of trying fiction, though.

How do you explain the incredible success of everything Austen?

I think this could take a book to explore!  In short, I think she was a genius, plain and simple.

Is there a place in England you haven’t visited  yet but want to?

I’d love to see the Lake District, where Beatrix Potter lived, and to spend some time in Devon and Cornwall.

Is there more Austen –dedicated writing in your future plans?

Thank you very much,  Lori! Great success to your new book and best wishes to you for everything in your life and career.


Win a copy of The Jane Austen Guide To Life by Lori Smith leaving your comment below this post. Don't forget to add your e-mail address.  This giveaway is limited to US and Canada readers and will end on May 31st.

What a wonderful interview, loved reading every bit of it. It's a brilliant idea of Lori to pick up Jane Austen's progressive ideas and turn them into a "Guide to Life", I think many women could learn from it! (including me ;-)

There is truly nothing new under the sun. The writer's life is still a tug-of-war between the public and privates sides. I'm struggling a bit with the idea of "decent rogues" when it comes to publishers though.

A new author for me. These sounds very good. I had not heard of them prior to this post. Thanks!

I need to hear what Jane has given to others I loved this Interview. So true recently some health probelms of my own have arisen and I can say I need to think Look at Jane Use her as my example. Thanks for a chance to win this lovely read.
Krista US
bookreviewclubblog@aol.com

Oh, I adore concept of this book. There is so much to learn from Jane!

I think one of the reasons I love Austen so much is due to what Lori says about Jane's heroines being strong women who can carry on intelligent, meaningful conversation. I'll definitely have to look into Lori's books! mione_bookworm@yahoo.com

Oh I'd love to win this book!! There's no one like Jane.

Thank you so much for this opportunity to win this book. After reading the authors comment about where she would like to travel to in England, I too would love to visit the Lake District. I've been to London twice, as well as Portsmouth, and by train window I've seen both the east and west coasts of England, as well as out west to Wales. Maybe someday I'll be able to return again and visit the Lake District.
bellevieanne@gmail.com

Nice interview. Clever idea for a book. Thanks for the chance to win.

Would love to have the chance to win. Its seems like I can't get enough of Jane Austen. Thank you
cindymacbeth at gmail dot com

Thank you all for these lovely comments! Wish we could give books to all of you!