SPOTLIGHT ON ... A JANE AUSTEN DAYDREAM BY SCOTT D. SOUTHARD

Jane Austen thought she knew everything about love, but was there something she wasn't telling us?

A self-confessed dreamer, gossip, and matchmaker, Jane emerges from a prophetic meeting with gypsies and sets out to discover her soul mate. As Jane writes through the twists and turns of her turbulent romances, Southard ponders the question faced by many devoted readers over the years - did she ever find love? What would the story of that love be like if Jane could write it?

Binding fact with fiction, courting brave new literary twists, and written in the style of Jane Austen herself, A Jane Austen Daydream is the tale of Jane's life as a novel. It contemplates the eventual fate of Jane's heart, and uses her own stories to fill the gaps that history left to the imagination. 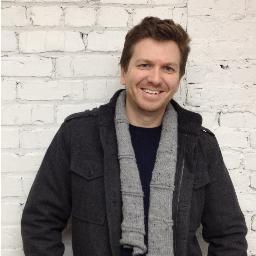 Scott D. Southard, the author of A Jane Austen Daydream, swears he is not obsessed with Jane Austen. He is, however, also the author of the award-winning novels, My Problem With Doors, Megan, and 3 Days in Rome. His eclectic writing has also found its way into radio, being the creator of the radio comedy series The Dante Experience. The production was honored with the Golden Headset Award for Best MultiCast Audio and the Silver Ogle Award for Best Fantasy Audio Production. Scott received his Master's in writing from the University of Southern California. Scott can be found on the internet via his writing blog "The Musings & Artful Blunders of Scott D. Southard" where he writes on topics ranging from writing, art, books, TV, writing, parenting, life, movies, and writing. He even shares original fiction on the site (currently creating a novel in "real time" with one fresh chapter a week; it is entitled Permanent Spring Showers). His blog can be found at http://sdsouthard.com. Currently, Scott resides in Michigan with his very understanding wife, his patient two children, and a very opinionated dog named Bronte.

Read the first two chapters from A Jane Austen Daydream

Two hours later, after putting Cassandra to bed with a cold wet towel pressed to her forehead, Jane finally returned to the seclusion of her own bedroom. Even though Jane would not have dared to say it aloud, this felt like a right step, a good step. For Jane, having reached her early twenties without seeing even one amiable youth who could call forth her sensibility, without having inspired one real passion, and without having excited even one admiration, she was ready for something more. She had always believed something must and will happen to throw a hero in her way, and this party certainly would do that.
Yes, Jane thought as she shut the door to the bedroom behind her, this is the step one takes to find love. One simply cannot wait forever.
And with the shutting of Jane’s door, the excitement of the day was finished. The hallways were clear of the family and servants and the house fell into a quiet, but I will not dare say sleep. For in two rooms, two of the Austens, would be up most of the evening, quietly imagining the plans that had been put in motion for them.

Buy the e-book at
It will be released as a paperback later this month.

I read only two books, My Problem With Doors and 3 Days in Rome, which are by the way totally catchy and full of metaphors. I'm contributing to http://essayforcollege.org academic writing, so I can't judge the fiction.

Your blog is representing a hard core experience of Classroom, now not next to the bedroom even it is in your fists. Contact leading companies for best Pen drive course app development services .