SUE POMEROY, NEW FILM IN THE MAKING ABOUT JANE AUSTEN 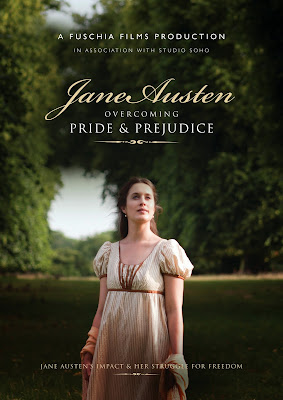 In this 200th anniversary year, there have been some wonderful events and also all manner of hype surrounding Jane Austen.  The controversial rewriting of her six finished books in a modern idium - the auction of her ring ... could it be saved for the nation? - new medical details of her final illness - her portrait on the new £10 note - much drama and a firestorm of interest but what of Jane herself?

Let’s not overlook her or what she achieved in her short life at the expense of fortune and marriage to find the freedom to write six novels. Join the timely celebration of Jane Austen (this year) by really getting to know her and her world.

My main motivation for making this film, Jane Austen – Overcoming Pride and Prejudice is to get to the heart of Jane Austen, her achievements, and the challenges she had to overcome to find the inspiration and independence to write her six novels.

I’ve watched the growing fascination with Jane and her work with mixed feelings, because her individual journey is in danger of being lost sight of in the clamour of popularity.  She lived in a different world with different rules, and her unique contribution in the field of English literature redefined the place of women within that society.

So we have decided to make a special documentary film celebrating the events of this bi-centenary which clearly support the value and relevance of Jane’s contribution, entitled Love and Marriage - Jane Austen Style and ready in time for Christmas. This will take its place alongside the main full length feature documentary as a companion piece and includes high profile interviews with actors, composers, academics and even Jane’s surviving relatives. 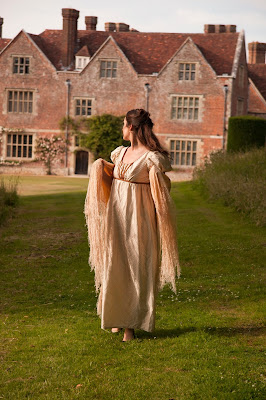 Star names have already got behind the project and interviews filmed with David Bamber (the obsequious Rev’d Collins in the BBC adaptation of Pride & Prejudice), renowned composer Carl Davis (who wrote the wonderful theme music for the series) as well as actress Jean Boht who played a wonderfully daft Mrs Bennett in my original stage production.

Secondly - an inspiring feature length film documentary about Jane Austen, her life and legacy as a novelist, entitled Jane Austen -Overcoming Pride & Prejudice. To include a high profile cast and fascinating dramatised sequences of her life and the extraordinary Regency world that she lived in overshadowed by the Napoleonic Wars. Against this background her family, friends and Jane herself come alive. We will be drawing on the documentary footage we have been filming this year and the dramatised sequences will start filming in spring/summer 2014.

At the heart of the films is the golden treasury of Jane’s inner life, her hopes, her dreams, her intimate feelings, her devastating wit which, though ironically so entertaining to modern audiences, may have been one of the reasons for her unhappiness in love. It was an act of great courage at a time when women had limited expectations and no right to vote to put her novels, her ‘beloved children’, before the public.
Now generations later the world shares a passion for Jane Austen. Samuel Beckett wrote ‘I am reading the divine Jane, I think she has much to teach me’. Jane and her achievements have much to teach us now, and that is why we are passionate about making this film in the 200th anniversary year of the publication of Pride and Prejudice.
Sue Pomeroy 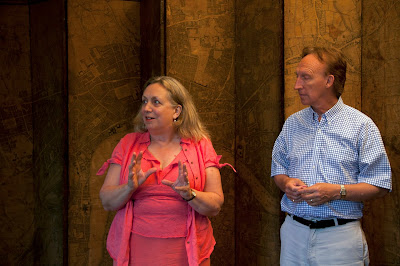 Sue Pomeroy has produced, written and directed in theatre and broadcast media across the UK and internationally after winning a prestigious Independent Broadcasting award. She has worked as Associate Director at the National Theatre, London with Sir Peter Hall, at the renowned Berliner Ensemble in the former GDR and was Artistic Director of the Warehouse Theatre, Croydon during a period of growth and success. She has toured to major No. 1 theatres across Britain with the production company she established, Good Company, with many of her own adaptations of classic novels, such as Jane Austen’s Pride and Prejudice and Charlotte Bronte’s Jane Eyre. She also conceived and wrote the musical, Strange Kind of Hero with top pop composer, Chris Eaton. She worked on the Thames TV series King and Castle and co-produced Song of a Bluefoot Man for BBC Radio 4, which she also co-wrote with Black British poet James Berry. She set up Fuschia Films Ltd to widen her work into film, television and broadcast media, and is currently developing a number of films for theatrical and television release.

For more on Fuchsia Films see http://www.fuschiafilms.com/
For regular updates follow the project on twitter @JaneAustenFilm and @FuschiaFilmsLtd
and www.facebook.com/JaneAustenOvercomingPrideAndPrejudice

This sounds like a great idea. I am curious as to how it will portray her life. I have a lot of respect for Jane, but I often feel sad for her. She was never married, lived a simple life, sold her book rights, and died shortly after her books were published. She never got to really know how well she was loved. Perhaps a sad cliche about many artists.

However, I am curious to learn more about this woman and the events in her life.