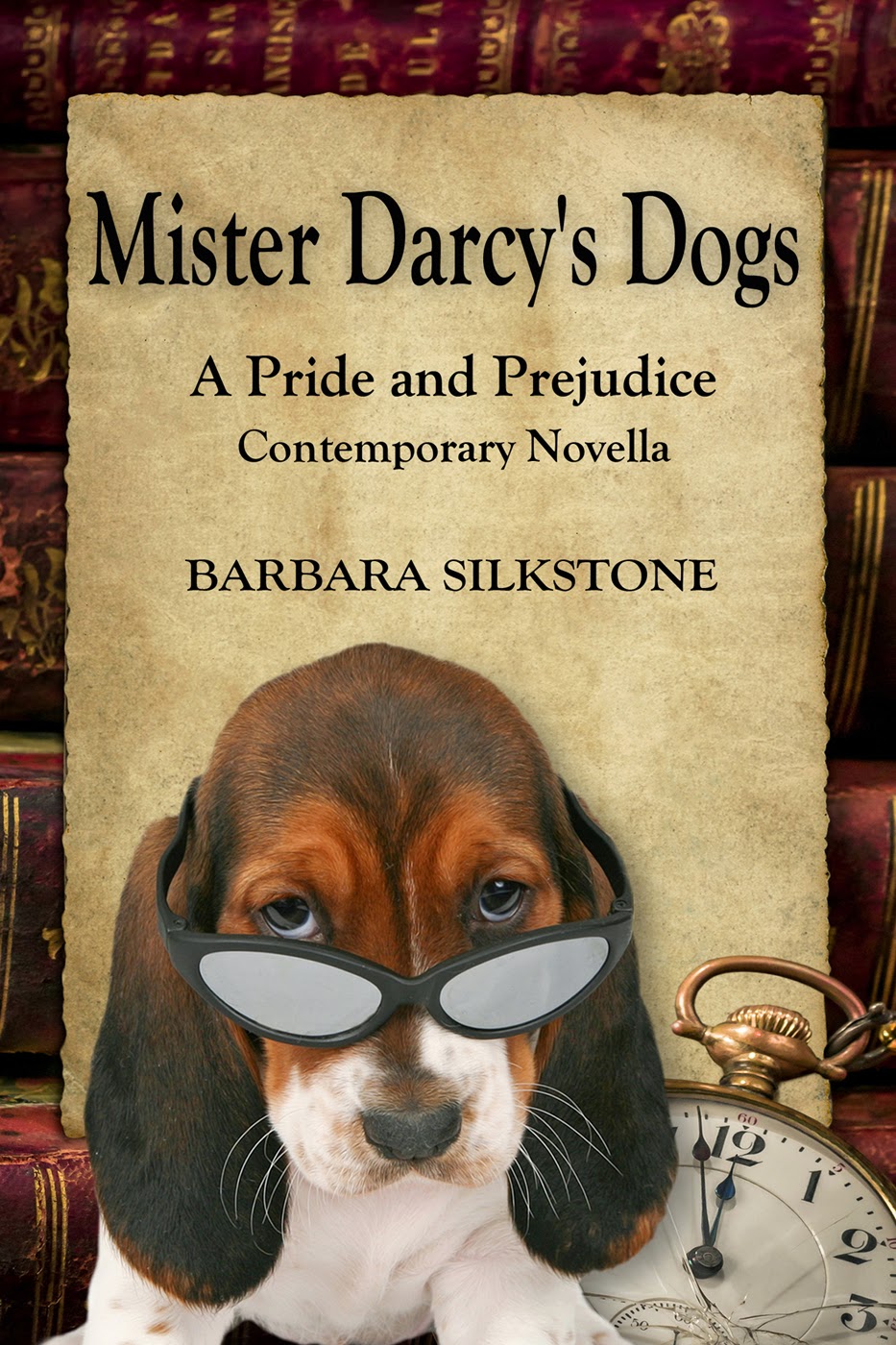 My love affair with writing began in childhood but didn’t blossom until my midlife crisis. At the age of forty-something, I traveled the country interviewing men for what I thought would be a serious book on how men really felt about women and relationships. That adventure turned into a bittersweet dark comedy novel titled The Adventures of a Love Investigator. Emotionally spent from interviewing over five hundred men, I turned to writing a series of riffs on classic fairytales. Novels like The Secret Diary of Alice in Wonderland, Age 42 and Three-Quarters, were loosely based on some of my misadventures.

Enter Wendy Darlin: Spun from the essence of Peter Pan, Wendy became my alter-ego. She did things I would never dare, and things I did and regretted. She is a blending of Lucille Ball and Indiana Jones. After finishing five books in her screwball series I wondered: what next?

JAFF author Elizabeth Ann West suggested I bring my quirky sense of humor to Jane Austen’s timeless stories. I hesitated. It would be like wearing tennis shoes under a ball gown. My sense of screwball inserted in the ballrooms of Jane Austen? Could I do this?

I began the first in my Mister Darcy series – Mister Darcy’s Dogs – this summer. I discovered Elizabeth Bennet had much in common with Wendy Darlin and yours truly. We share an insubordinate sense of humor and a talent for mumbling under our breaths. We are attracted to and irritated by gorgeous men with chocolate-colored eyes and quirky personalities. We rarely hesitate leaping in to help a friend and occasionally regret it.

I feel as if I have finally found my genre. I have come home… at long last. I am a JAFF author of light comedies, and I am finally happy. I thank you for inviting me to your lovely site.

Barbara Silkstone
About the Author

Most books are available on Audible.com

For more about Barbara Silkstone, check her


The mysterious Mister Darcy retains the services of dog psychologist Lizzie Bennet to train his basset puppies for an important foxhunt. Despite knowing nothing about fox hunting, Doctor Lizzie takes on the challenge. Assigned to cover the hunt for the BBC is Society Reporter Caroline Bingley, the would-be paramour of Mister Darcy.

Lizzie’s sister Jane and Charles Bingley join the adventure and fall trippingly in love as Lydia involves Georgiana in an ill-planned caper. And why is Wickham lurking in the shrubberies?

Book One in the Mister Darcy series by Barbara Silkstone

Barbara Silkstone's done it again! In Mister Darcy's Dogs, she brings her zany sense of humor and witty writing to a modern take on Pride and Prejudice. Austen, dogs, and Silkstone make for a winning combination and an engaging, fun read.

I loved the excerpt to this new P&P modern story. Though I have not rear a dog in my life, I prefer dogs to other furry animals as they are loyal and can be trained.

I must congrat Barbara for venturing into JAFF world with this new book.

Thank you so very much for hosting me. I am really excited. This is a lovely site to visit. I feel as if I have entered a magical world populated with dear old friends.

By the way... I think I have fallen in love with basset hounds. Who knew they were so precious?

Now back to work on Mister Darcy's Christmas. :)

I read this on-line and LOVED it. There were so many chuckle out loud moments. The cover is adorable. Best of wishes for a successful launch, Barbara, and welcome to an extraordinary genre. - Joy

*waves* I love the concept. I'm just buried under year end commitments ...even though I have picked up my copy.

It's a fun concept.... and I tend to like most dogs better than many people anyways!

I've read some of this book already and loved it. I'm a long time fan of Barbara Silkstone's writing, and with this new venture she's given us something which is fun, romantic and exciting all in one. Keep writing, Barbara!

already added to my Wish List!!!
thank you for the giveaway, & congrats to Barbara!!!

I can't wait to read it! Thanks for the giveaway!

I like the excerpt!!! Thanks for sharing with us the first chapter and for the giveaway.

YEA for Barbara Silkstone, I've read EVERTHING she's done and haven't been disappointed. would love to have a signed copy!!!!!!!!!!!!!

Thank you all for your lovely comments. You are so good to me.

Maria, I adore that picture you inserted. "Who needs a psychologist?" It's too funny!

I am not fond of contemporary romances as I love historical, but am looking forward to reading this book. I love the picture above with the caption. I never before noticed the dog sitting on Darcy's left side (right side from our perspective. I would love a signed copy as signed books are so precious to me.