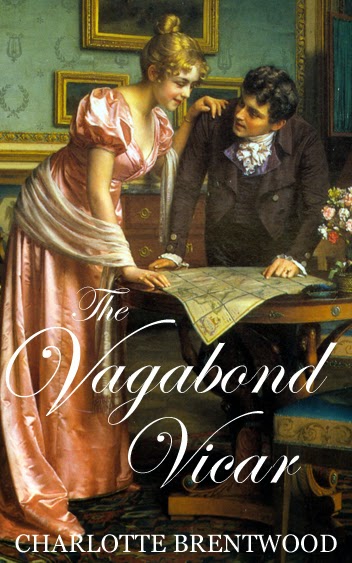 Ever since I penned my first multi-page story at the age of six, I knew I wanted to be an author. Always drawn to stories set in the past, I loved authors such as Louisa May Alcott and L.M. Montgomery as a girl, before I discovered Jane Austen as a teenager. I felt destined to pen similar stories of love and self-discovery, set in fascinating eras of history.

Despite writing throughout my younger years, I was in my twenties before I knuckled down to finish a book. After I completed my first full-length historical, I began to write a sequel. Featuring a jilted female minor character from the first book, I planned to have a vicar help her through her process of recovery, and have the two characters fall in love through her healing. The book never went anywhere – the heroine was weak and insipid and I soon lost steam. But the hero, the vicar, remained in the back of my mind.

The next book I wrote was a contemporary, and even through that process the vicar would not leave me alone. His character developed almost against my will. He kept telling me tales of his mercy missions in the seedy parts of London. He told me about how he was given a living in a small village, but that he would much rather be sailing the seas to adventures in exotic lands. I was moved by his compassion, his earnestness, and his heart. I wrote the opening pages of what would become “The Vagabond Vicar” as a shiny new idea while I was supposed to be focussing on editing and finishing the contemporary. I knew I had to find him a heroine worthy of his affections; one he would not be able to keep away from despite his ambitions.

Cecilia came to me almost fully formed as well. I knew she had to be the bright, shining foil to William’s serious, intense existence. They both dwell in other realities – his focus is on helping the undercurrent of society, while she lives in an imagined world of colour and light. It seemed obvious she would be an artist. She is pulled back down to earth by the need to marry, and her mother’s determination to see her settled within a titled family.

The village of Amberley, where the story takes place, is an amalgamation of many historical settings I have read or seen on television. The village of Cranford is probably what was clearest in my mind as I wrote – the gossipy older ladies, the small tight-knit group of families and the mixing of classes which a small town necessitates. This is also a village hiding secrets and shames, and when a scandal comes to light it leads to a series of events which will change everything. The blossoming affection between our hero and heroine is torn apart and ghosts from the vicar’s past may cause his downfall. I hope you enjoy finding out what happens next.

William Brook is an idealistic young cleric, desperate to escape dreary England for a mission adventure in exotic lands. It's his worst nightmare come true when he is posted to a parish in a small backwater village, populated with small-minded people and husband-hunting mamas. He’s determined not to form any ties and to escape the country as an independent single man.

A free spirit, Cecilia Grant is perfectly content to remain in her family home in Amberley village - when she's not wandering the countryside at all hours painting. Marriage options are few, but that won't stop her mother from engineering a match with one of the ruling family's sons. Cecilia attempts to win the man, but what is it about the new vicar and his brooding ways that is so appealing? Could he be the only one who has ever really understood her, and can she discover what he is running away from?

As William struggles not to fall in love with the lady's intoxicating beauty and mysterious eccentricity, he finds himself drawn into the lives of the villagers, despite their best efforts to alienate the newcomer. When he makes it clear he's not sticking around, Cecilia strives to restrain her blossoming feelings for him. Just when it seems love may triumph, dark secrets are revealed in Amberley and a scandal from William’s past may see the end of not only his career, but his chance at finding an everlasting love. 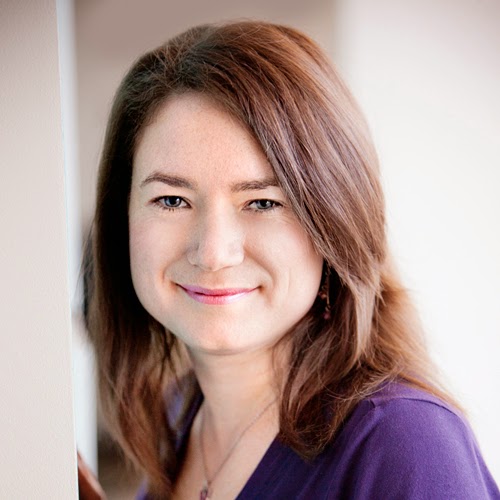 Charlotte developed serious crushes on a series of men from age fifteen: Darcy, Knightley, Wentworth and Brandon. A bookworm and scribbler for as long as she can remember, Charlotte always dreamed of sharing her stories with the world.

She lives in beautiful Auckland, New Zealand. When she's not toiling at her day job, writing or procrastinating on the Internet, Charlotte can be found snuggling with her cat Sophie, warbling at the piano, sipping a hot chocolate or enjoying the great outdoors.

The Vagabond Vicar at Amazon.com

a Rafflecopter giveaway
Posted by Maria Grazia at 19:34

Thank your for the chance & congratulations :)

Sounds like a great Regency story!
Thank you for rhis giveaway.

Great interview and the book sounds lovely and intriguing! Thank you for sharing. I know exactly what it's like to be haunted by a character who won't leave your side until you comply and write his/her story))

Thank you for the kind comments Miette, IrishGirl and Farida.

Good luck for the giveaway! :-)

Lovely cover! Thanks for bringing this novel to my attention Maria. It looks fabulous and I would love to read it.

Thanks so much for your compliments Vesper, Laurel Ann and bn100!

I love historical romance and yours sounds wonderful! I hope I win

I hope I win a copy but whether I do or not I will be sure to read this story. Sounds great! Good luck with everything. FYI, I shared it on my Facebook page All Things Jane Austen. Thanks!

The plot sounds like a Georgette Heyer novel. I read my first last summer, and I enjoyed it, so I expect to enjoy this one as well.

Love the cover, it's beautiful. The story sounds fascinating.

Thank you for sharing your writing experience

Adding your book to my TBR list and look forward to reading it!

Hello Tgruy, Rita, Marlo and Dung and thank you for your kind comments! Good luck for the giveaway and for those that read the book, I hope you enjoy :-)

The cover looks gorgeous! cant wait to read it

Looks interesting. Thanks for the giveaway.

Hi BookLuver and Wendy, thanks for your comments :-)

Congratulations on your new book. It sounds wonderful! Thanks for the giveaway!!:)