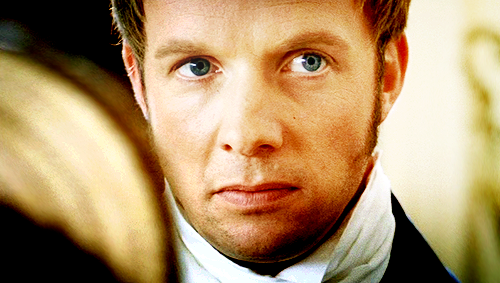 1. He’s in the Navy people!  In the Napoleonic era!  If you want to know why that is so awesome, I suggest reading the Horatio Hornblower, Ramage, and Master and Commander series.

2. Dick Musgrove was clearly a pain in the rear, but Capt. Wentworth made a point of trying to help him.  Even after Dick died (and clearly from his own stupidity), Wentworth is kind to his parents and doesn’t disparage the memory of their son.

3. He is the balance to Anne, she is a woman of thought and he is a man of action.

4. Austen paints him as merely lucky and somewhat entitled, but I always felt she passed over the qualities in him that show how he is more than lucky.  Frederick Wentworth is a risk taker.  Even his first proposal to Anne was a risk.

5. I love to apply the Meyers-Briggs personality test to characters and I always felt Captain Wentworth was an ENTJ.  They call this personality type the Commander.  This means he is an extrovert, uses his intuition in focusing his attention (as opposed to careful observation),  thinking rather than feeling when making decisions, and he is judging.  As a point of comparison, Mr. Darcy is an INTJ and thus the main difference between their personality types comes down to introversion (and social anxiety) vs. extroversion.

6. He may know what he values, but he can also recognize when he is wrong.

7. No matter how many years he is away from Anne, he knows what she needs and doesn’t think twice to make sure she gets it.

8. He doesn’t judge Anne because of her family’s behavior.

9. He clearly wants a partner who is his equal, much like the marriage his sister has. 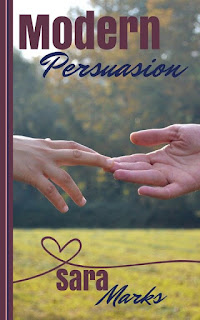 Which would you pick: the person you love or your own dreams? What would you do if given a second chance at that decision?   Eight years ago Emma Shaw picked her career and family over the man she loved, Fredrick Wentworth.  Since then she has built a career in publishing and spends her free time making sure her father and sisters are taken care of.  Fredrick has spent the same years building his career as a screenwriter under increasing public scrutiny as a celebrity.  When the editor of Fredrick’s first book is injured, Emma is forced to travel with Fredrick on his book tour.   Tension builds for the two former lovers over the course of the tour.  Emma and Fredrick must face their emotional baggage and their misunderstanding about how their break-up impacted the other.  Will they be able to find their way back together for a second chance at love?   This story of second chances was inspired by Jane Austen’ Persuasion. It was written in July 2014 as a Camp NaNoWriMo novel.  Camp NaNoWriMo, an offshoot of National Novel Writing Month, is an event run in April and July each year. Participants set their own writing goals. Modern Persuasion is available on Amazon in paperback and Kindle format.  Modern Persuasion is being published by Illuminated Myth Publishing. Illuminated Myth is a micropublishing house specializing in serial works of fiction that mine the riches of myth and superstition to bring new stories to light. 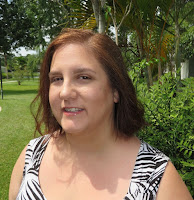 Sara Marks is a first time published author, but a long time writer. A librarian in Massachusetts, Sara has been writing as part of National Novel Writing Month (NaNoWriMo) since 2004. Modern Persuasion is the first she has published. Sara was born in Boston, MA and raised in Miami, FL. She attended Florida State University for 3 years, but graduated with an A.A from Miami-Dade College and a B.A. from Florida International University before moving back to Boston for graduate school. There she got her M.S. in Library and Information Science from Simmons College and a M.S. in Communications from Fitchburg State University. Now Sara lives in Lowell, MA where she works with local writing group Mill Pages, which creates an annual anthology of short stories, poems, and art work. She is a member of the Society of Independent Publishers and Authors (SIPA), a group supporting writers in the Merrimack Valley. 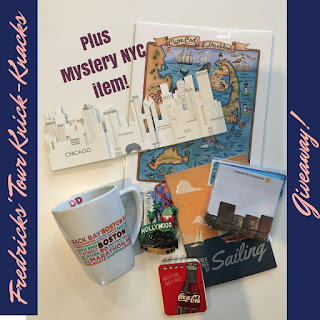 Right on spot with Captain Wentworth. :)
Congratulations. Thanks for the giveaway. :)

Thank you for a wonderful post, Maria, and for being part of my blog tour!

I am so looking forward to reading your book. "Persuasion" is my favorite of Jane Austen's books, and there are just not enough variations on it.

Sounds like a great book! Persuasion is my second favorite Austen story, but nothing beats Captain Wentworth's letter! The best! Thanks for the chance to win a copy!

Love your top ten Sarah. Wow, can that man write a letter!

Can't enter the reafflexopter giveaway, as I'm not in the US but I'll be following your tour with interest anyway.

Appreciative Journal that every journalist should read and i need to know how you are optimizing your content. Kindly share your blogging strategy because i am very much inspired by your way of content representation author. Thank you author.
Regards
Journal Spider | Classified Genius