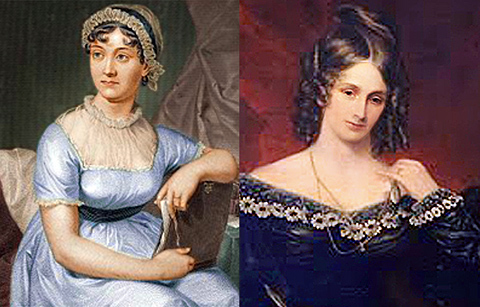 
Mary was the daughter of two radicals; her mother Mary Wollstonecraft wrote one of the first arguments for women's equality,  A Vindication of the Rights of Women and her father William Godwin was a supporter of the French Revolution. Mary ran off with the poet Percy Shelley when she was seventeen while Shelley was still married to his first wife. Shelley abandoned his wife and son to go off with her. If Mary were a character in a Jane Austen novel, she would be the "bad girl" or the "ruined woman" who violated every rule of society, like Maria Bertram in Mansfield Park.


Jane was at least in part a moralist; Mary was a romantic.

In your novel you imagine Mary Bennet meeting Victor Frankenstein. How did this meeting came to your mind?

I realized that Victor, in Frankenstein, traveled to England, and passed through the town of Matlick, which in Pride and Prejudice is near Darcy's estate Pemberley. So it would be possible that Frankenstein might cross paths with the Bennet sisters. I was intrigued by the differences between the gothic and the realist novel, and that also seemed worth trying to do—the two books are so different.


Without giving away too much, has Mary Shelley’s tragic story developed into a more positive, optimistic tale?


There are some positive movements in the story, but I made it a rule not to violate fundamentally the plot of Frankenstein, so there are some tragedies as well. But Mary's personal story involves her growing in independence and making difficult choices that alter her life for the better, ultimately.


Victor Frankenstein is no Mr Darcy.  Do you think he has quality that can fascinate Austen fans, anyway?

Victor is definitley not Mr. Darcy. But he is sensitive and deeply troubled by his past, and he recognizes qualities in Mary that nobody in her family values, so he brings her out of herself. But in some ways he's more like Mr. Wickham than Darcy.

Was it difficult to combine a gothic horror story with a delightful regency novel?


This was the basic challenge, and in some ways it was hard work, but it was also fun. It called on me to use all my ingenuity and whatever ability I have to mimic the tone and situations of Austen and Shelley both. I probably had more fun writing this book than I have any of my novels.

Sometimes the most fun in the end comes from the most difficult parts of the story. Chapter five, where nothing terribly dramatic happens, is one of my favorites because it consists basically of two conversations, one between Mary and Kitty Bennet, and the other between Mary and her father. This was a lot like Austen's own storyteling, and I enjoyed trying to do a little of what she does, and add my own flavor.


I think the climax of the story was the most difficult to write, because I had to account for the motivations of all three main characters, who are together in the same place at the same time. This evokes the most difficult emotions of the story. It also involved making up some convincing 19th century science without copying all the Frankenstein movies we have all seen.


What do you particularly appreciate in Jane Austen’s work and what in Mary Shelley’s?


I love the characterization and clever plotting of Austen's work. The way she subtly comments on society while at the same time drawing us into caring about the romantic entnglements of her characters. She can be very funny in books that portray very serious problems.

In Shelley I like the boldness of her conception and the way the story enables her to examine social and political issues, and explore the question of who or what is responsible for the various disasters that occur.  I like the way she divides our sympathies for Victor and his Creature.


When did you start being interested in literature and the classics? How?


I always loved reading, from childhood. I did not formally study literature until I was a university student. The more I read, the more I got interested in all books, not just the classics. When I realized that classic works like Pride and Prejudice and Moby-Dick and The Great Gatsby were good stories with fascinating characters instead of boring old dusty books, I was caught up.

Do you have a new mash – up  or a totally different project in the drawer?

I do not have another mash-up in the works. I don't go looking to mash up older works—it just happened in this case to interest me. I do have an interest in stories set in the past or ones that draw on historical material. But I also like science fiction and slipstream fiction and I can't say exactly what my next project will be right now.

Great! That’s all for now, John. Thanks for taking the time to answer my questions. Good luck with your writing and great success to Pride & Prometheus. 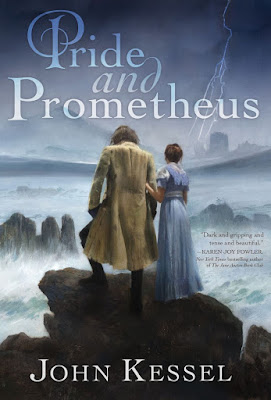 Pride and Prejudice meets Frankenstein as Mary Bennet falls for the enigmatic Victor Frankenstein and befriends his monstrous Creature in this clever fusion of two popular classics.

Threatened with destruction unless he fashions a wife for his Creature, Victor Frankenstein travels to England where he meets Mary and Kitty Bennet, the remaining unmarried sisters of the Bennet family from Pride and Prejudice. As Mary and Victor become increasingly attracted to each other, the Creature looks on impatiently, waiting for his bride. But where will Victor find a female body from which to create the monster’s mate?

Meanwhile, the awkward Mary hopes that Victor will save her from approaching spinsterhood while wondering what dark secret he is keeping from her.

Pride and Prometheus fuses the gothic horror of Mary Shelley with the Regency romance of Jane Austen in an exciting novel that combines two age-old stories in a fresh and startling way. 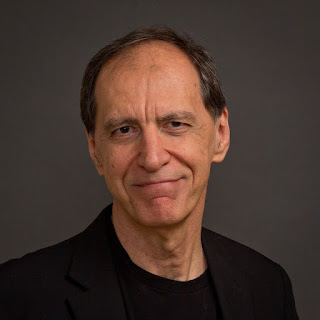 Born in Buffalo, New York, John Kessel's most recent book is the new novel Pride and Prometheus.  He is the author of the earlier novels The Moon and the Other, Good News from Outer Space and Corrupting Dr. Nice and in collaboration with James Patrick Kelly, Freedom Beach. His short story collections are Meeting in Infinity (a New York Times Notable Book), The Pure Product, and The Baum Plan for Financial Independence.
Kessel's stories have twice received the Nebula Award given by the Science Fiction and Fantasy Writers of America, in addition to the Theodore Sturgeon Memorial Award, the Locus Poll, and the James Tiptree Jr. Award. His play “Faustfeathers'” won the Paul Green Playwright's Prize, and his story “A Clean Escape” was adapted as an episode of the ABC TV series Masters of Science Fiction. In 2009 his story “Pride and Prometheus” received both the Nebula Award and the Shirley Jackson Award. With Jim Kelly, he has edited five anthologies of stories re-visioning contemporary short sf, most recently Digital Rapture: The Singularity Anthology.
Kessel holds a B.A. in Physics and English and a Ph.D. in American Literature. He helped found and served as the first director of the MFA program in creative writing at North Carolina State University, where he has taught since 1982. He and his wife, the novelist Therese Anne Fowler, live and work in Raleigh, NC.
Posted by Maria Grazia at 16:31

The OMRDEALS easily setup an appointment directly from the services provider using our integrated contact option. To the best deals in your city and Take delivery in your hand.

Its really an Excellent post. I just stumbled upon your blog and wanted to say that I have really enjoyed reading your blog. Thanks for sharing
SAP Training in Chennai

Thankyou for sharing this useful info and keep it up

isoft innovations about us

We Offer Courier service in chennai,

Thanks for sharing this interesting article.