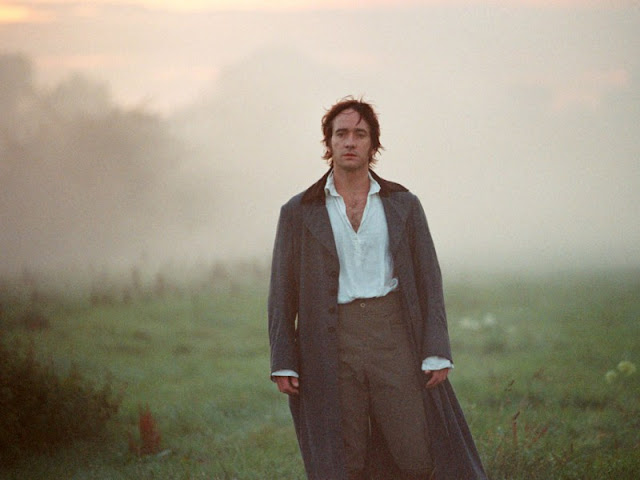 Would Mr Darcy with any other name - not Fitzwilliam,  I mean - be the fascinating hero he is? Today's guest, Leigh Dreyer, author of a Pride and Prejudice modern retelling thinks so. In her version of our beloved story, Darcy and Elizabeth form their bond while flying high in the sky. Read her answers to my questions and discover more about The Best Laid Flight Plans. Don't forget to try your luck in the giveaway contest below!

Hello and welcome to our online club, Leigh. This is my first question for you. In your Pride and Prejudice modernization, The Best Laid Flight Plans, how and where does Elizabeth and Darcy meet? 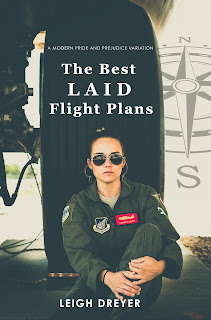 In my book, Darcy is an Instructor Pilot and Elizabeth is a student pilot in United States Air Force pilot training. They meet at something called “Drop Night” which is when a class of pilots receives their first base assignment. Its basically a huge party (much like the Meryton Assembly) where students, instructors, friends, and family get together and celebrate the huge achievement of making it so far in the program.

Are their first impressions of each other again quite misleading?

They are. You have to understand that even today, there are very few female pilots throughout the Air Force and they are still treated as, uh, “less than equal” because they are taking a “man’s” slot. [insert loud feminist throat-clearning here] Elizabeth is a bit on edge because she is not and never will be quite accepted into the pilot world. Darcy is uncomfortable in his surroundings and definitely doesn’t want to be stuck at this tiny base in a tiny town. They are both not on their best behavior and it shows.

When did you first read Pride and Prejudice and was it love at first reading?

2005 was my first year of real university (I had only done community college prior) and the girls in my dorm wanted to go as a group to the Pride and Prejudice movie premiere. I went with them, knowing literally nothing about Pride and Prejudice, other than it was a “girly” book and came away loving the film. I read the book a few years later and found JAFF/Austen-inspired Fiction a few years after that when I read every day on my commute in Washington D.C.

What is it that you particularly like in Pride and Prejudice?

I love the language of the book. I wish we still talked the way those characters do. Of course, Americans are a bit courser than our friends across the pond, but there is something so beautiful about the complex language used throughout Austen’s works.

What about Elizabeth, instead? Is she the character you can best relate to?

I think it depends on the day. I probably relate to Darcy better most of the time, because I can be a bit of an idiot when I feel passionately about something, but I love Elizabeth’s belief in herself. Realistically, I’m probably more of a Charlotte, just living life a little too un-romantically for my own good.

Is there anything you’d change in Mr Darcy, though his flaws too make him the hero we all love?

His name. Fitzwilliam is kind of the worst, most unromantic name (sorry!). Give me a Charles, Edmund, or Frederick any day.

Since we love to hate them, let’s talk baddies. How villanous are your Lady Catherine and Mr Wickham?

Wickham started out much much worse than he ended up, but he is probably on par with the original. Lady Catherine, in my opinion, is definitely the villain as she is trying to take away the livlihood of an entire town and really has the power to do so.

Could you change or did you change much in the interaction between Darcy and Elizabeth since they live in a different time period in your book?

I like to think I changed it a lot. As a modern, Elizabeth has significantly more power as a woman. She can walk away without it affecting her family. She can continue on to follow her dreams, she doesn’t truly need Darcy. However, Darcy needs her. I think the thing that changed the most was that ability to walk away.

Talking about time periods, do you have a favourite one? As a writer, reader or day-dreaming time traveller?

My favorite thing to read, oddly enough, is late eighteenth century/early nineteenth century Naval stories. I loved Horatio Hornblower and Master and Commander, etc. I think there is something highly romantic about not only the Georgian/Regency time period, but also the idea of fighting for your life on a ship surrounded by people you know well after months or years together.

And going on with some daydreaming, who would you cast as the leads if your The Best Laid Flight Plans was adapted for the screen?

I would want someone fiery for Elizabeth. I like the look of Lily Collins or Katherine McNamara with the personality of Kristen Bell. For Darcy, I like David Gandy.

That’s all, Leigh. Thank you very much for taking the time to answer my questions.

In this modern Pride and Prejudice variation, Captain William “Fitz” Darcy has just received a new assignment as an instructor pilot at Meryton Air Force Base. Soon he meets the intrepid 2nd Lieutenant Elizabeth Bennet, a new student at the base that he cannot keep out of his head. Elizabeth, on the other hand, finds Captain Darcy to be arrogant and prideful and attempts to avoid him at every turn. Despite Darcy’s insulting manners, Elizabeth soars her way through pilot training, but can she soar her way into love as well?

Buy the book HERE or HERE

Leigh Dreyer is a huge fan of Jane Austen variations and the JAFF community. She is blessed to have multi-generational military connections through herself and her husband, who she met in pilot training. She often describes her formative years in this way, “You know the Great Balls of Fire scene in Top Gun (“Goose you big stud!!!”), where Goose and Meg Ryan have their kid on the piano? I was that kid.” Leigh lives with her pilot husband, a plane-obsessed son and a daughter who is almost walking.

a Rafflecopter giveaway
Posted by Maria Grazia at 09:23

Lovely interview. As long as are dreamcasting... I like Lily James as Lizzy and Henry Cavill as Darcy. I am sure they can do American accents well.

Lily James could be really interesting! I don't think I've seen her in anything "modern." I do like her in pretty much everything she's in.

Its really an Excellent post. I just stumbled upon your blog and wanted to say that I have really enjoyed reading your blog. Thanks for sharing....

Loved this modern version of P&P. The author keeps true to the original characters personalities but with a fresh and interesting new story. I enjoyed this Lizzy’s as she is intelligent, brave and strong but still a little bit stupid when it comes to men. Can’t wait to read the next book.

Dream casting is always so hard because I feel like no one really hits my perfect idea of who they are as a person. I can get looks or personality, but it is so hard to find both!