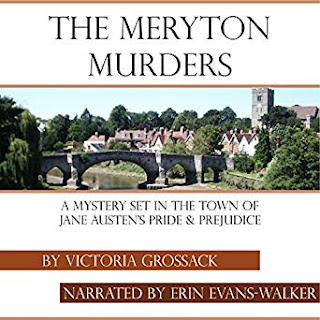 The story of Meryton Murders

Elizabeth Darcy receives a letter from her father informing her that her sister needs her. So Elizabeth travels from Pemberley to her old neighborhood to do what she can to support her sister in her time of distress.
After her arrival, an acquaintance apparently kills herself, a cousin is found dead, and tempers everywhere are frayed. Soon Elizabeth learns firsthand what is menacing Meryton, and her fortune, her marriage, and even her life are at risk.

Excerpt from The Meryton Murders


When a single man with a good income moves into a neighborhood, especially when he leases a large estate, the people rejoice and speculate.  They are impatient to learn everything about him, such as his preferences for hunting, whether he likes to dance, what sort of horse he rides and whether or not they can persuade him to take an interest in one of their unmarried daughters.  He is the subject of conversation, the recipient of eager visits, and the object of hopes and dreams.But when a middle-aged widow of modest means hires a few rooms in a market-town, her arrival is barely noticed.  She is too old to cause excitement among the men, and too plain to provoke jealous gossip among the women.

Even the tradespeople sigh with disappointment, for a widow of modest means cannot be expected to provide much custom for bread, meat and millinery.  So when Mrs. Smith took lodgings in Meryton, her appearance mattered to only a few: to the attorney Mr. Philips, who was the landlord of Meryton’s newest resident; to those in his office, who were in charge of the details; and to his wife, Mrs. Philips, who welcomed any increase in their income, and had long regretted the vacancy of the apartment on F— street.

Praise for The Meryton Murders

·        I didn't know if I would like this book. Even after purchasing I didn't read for a while because I am leery of other authors continuing the Pride and Prejudice story. This book by Ms. Grossack was well written and engaging. I really enjoyed it. I hope it becomes available in audible books in the near future.

·      I am a very big fan of Jane Austen. I have ready some books trying to emulate her writing, and most come up wanting. This is the book that has come closest of all that I have read.

·         I’m not generally a fan of murder mysteries, but I am a fan of Jane Austen, and it was SUCH a delight to sink into the familiar prose and comfortable world of characters with all their foibles, and then the next thing you knew I was eagerly turning the pages to see what we would find out next! 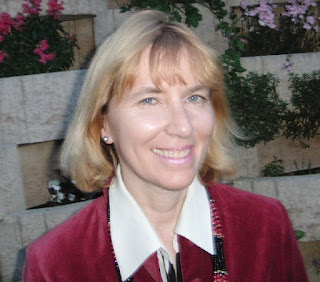 Victoria Grossack is the author of The Meryton Murders: A Mystery Set in the Town of Jane Austen’s Pride & Prejudice, The Highbury Murders: A Mystery Set in the Village of Jane Austen’s Emma, was a columnist at Writing-World.com, is a frequent contributor to Refiction.com, and has written a whole bunch of other stuff. She loves hiking, Greek mythology, Jane Austen and mathematics. She divides her time between the Arizona desert and the Swiss Alps. 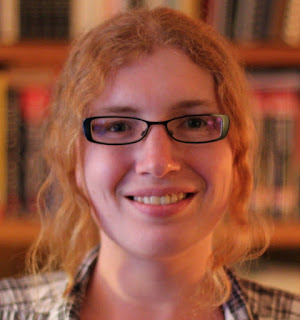 Erin Evans-Walker is a voice actress and narrator. Recent audiobooks include The Meryton Murders: A Mystery Set in the Town of Jane Austen’s Pride & Prejudice by Victoria Grossack, and the Chronicles of a Wererabbit YA series by M.Y. Zeman. Her voice also appears in several indie games and visual novels, such as The Stroke of Midnight by Ace of Spades Studio and Perceptions of the Dead 2 by Ithaqua Games. Having lived on 3 continents, and with a BA in East Asian Languages and Cultures and a PhD in Early Christianity and Gnosticism, voice work is the latest step in an interesting life.

This giveaway is open internationally. The audiobook is on Audible US.
Posted by Maria Grazia at 17:16

I'm glad to hear this is getting an audiobook release. Congrats on the release!

I'm a lover of good mysteries. Snd I really enjoy listening to Audio books while working! Such a nice way to "read"!

My favourite genre is historical mysteries so combining that with my second, JAFF, this would be pefect

This sounds like a good P&P mystery to listen to. I hope Victoria would write more of these type of stories set in Jane Austen's novels.

Thanks for sharing this