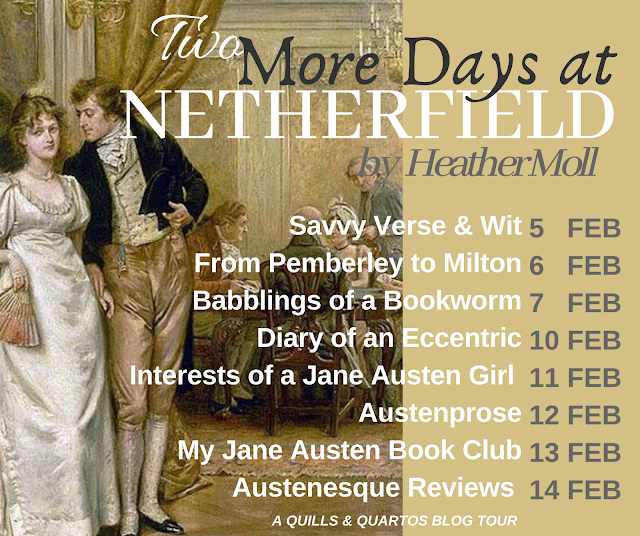 "Oh!" cried Miss Bingley, "Charles writes in the most careless way imaginable. He leaves out half his words, and blots the rest."
"My ideas flow so rapidly that I have not time to express them -- by which means my letters sometimes convey no ideas at all to my correspondents."


Hello Maria Grazia and thank you for welcoming me back to My Jane Austen Book Club to share my new release, Two More Days at Netherfield, with you and your readers. An overhearing and an extended stay during Jane’s illness shift this story’s plot away from canon, but Bingley’s notoriously bad handwriting also has a significant impact on Darcy and Elizabeth’s journey to their happy ever after.

Handwriting entered into every event and transaction in life and it was the only way to communicate non-verbally. So, what was Bingley doing so wrong?

At least he wouldn’t have had to cut his own quill. That took skill and quills were not that expensive. Bingley would have bought his quills with a carefully shaped nib so the flight feather’s hollow core could hold ink and flow to the tip by capillary action. As he wrote, the quill absorbed ink and softened. His fastidious friend Darcy would start writing with a few sharpened quills ready to be swapped out as his quill softened and bent out of shape so he wouldn’t have to stop writing. A quill could absorb ink and dry out a few times before it became dull and had to be mended. 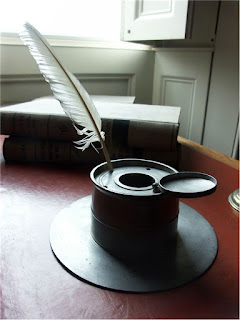 Notice several holes in the inkwell to hold extra quills. Darcy’s canon letter to Elizabeth might have used 3 quills.

Mending a pen wouldn’t have caused Bingley much trouble. Any adult would have known how to do it and it would have been embarrassing to have to ask someone to mend it for him. People really did prefer to mend their own pens. Mending isn’t the same as cutting a nib; mending was just maintaining the point of a previously cut quill and men, women, and even school-aged children would have their own pen-knife.

So, if cutting and mending a pen wasn’t an issue for a gentleman, why did Bingley leave so many blots? Writing with a quill requires a delicate touch. Pressing too hard—as hard as we write with a ballpoint or fountain pen—would cause the ink to not release smoothly. It would also wear the quill faster or even tear the paper. Bingley’s style shows he has a heavy hand.

He writes heavily and too quickly, unlike Darcy’s slow, even lines. The need to blot shows Bingley is hard on his quill and he’s spraying ink as he writes. His posture might be part of the problem, too. You can’t lean forward with a quill—your back has to be straight—and your elbow should be near your side and the pen pointing straight to your shoulder. Your writing hand also can’t roll out to the side to rest on the paper because you would end up writing with the side of the pen, wearing it unevenly and needing to mend it more often.

Bingley is also probably holding his pen wrong. He should hold it with thumb and first two fingers, with the thumb and index finger not touching and the fingers nearly straight. If he isn’t holding his quill like this it might explain why his writing is too small and he’s not able to move his pen steadily enough to release the ink smoothly, yet another reason his rapidly flowing ideas can’t quite make it onto the page. 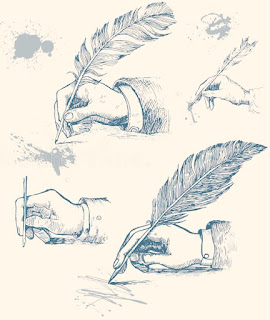 Bingley doesn’t have a flowing, neat running hand like his friend Darcy does, but rather a scrawling, illegible one with blots and missing words. In Pride and Prejudice this only merits a little teasing, but in Two More Days at Netherfield, his careless writing with missing words and many blots has unintended consequences for Darcy and Elizabeth. 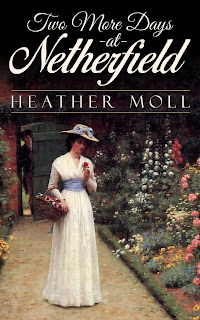 While her sister Jane is ill at Netherfield, Elizabeth Bennet overhears Miss Bingley and the proud Mr Darcy discussing his admiration of Elizabeth and her fine eyes. Not sure what to think of his praise after all of their previous disagreements, and more flattered than she wants to admit, Elizabeth teases him for the disparaging remark he made about her at the Meryton Assembly. Darcy is then forced to reconsider his opinion of a woman who has truly bewitched him more than any other.

The result of this unintended eavesdropping leads to confrontations and apologies on both sides and, eventually, the beginnings of a friendship between Darcy and Elizabeth. Their warming acquaintance impacts the courtship of Darcy’s friend and Elizabeth’s sister, the jealous temper of Miss Bingley, and even the behavior of Mr. Wickham after he arrives in Meryton.

How are the events of the winter drastically affected by the Bennet sisters choosing to spend two more days at Netherfield? 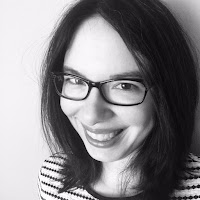 Heather Moll is an avid reader of mysteries and biographies with a master’s in information science. She found Jane Austen later than she should have and made up for lost time by devouring Austen’s letters and unpublished works, joining JASNA, and spending too much time researching the Regency era. She is the author of Two More Days at Netherfield and His Choice of a Wife. She lives with her husband and son and struggles to balance all of the important things, like whether to clean the house or write. Connect with her on Facebook, Goodreads, Instagram and Twitter

Quills & Quartos Publishing is giving away one ecopy  at each blog stop of the Two More Days at Netherfield blog tour. All you need to do to enter the giveaway is comment on this blog post, and Quills & Quartos will randomly choose one random winner after February 21. So, make sure you join in the conversation!

Maybe Bingley was left-handed,so causing him these problems

Thank you so much for hosting me and Two More Days at Netherfield!

I remember when I first heard the expression mending a pen and had no idea what that meant. Thanks for the giveaway!

Interesting read. I have not thought about how to hold a quill before. Quite informative.

The information about quills and writing for the different characters interesting. I had the opportunity to write with a quill. I found it challenging but do-able.

I’ve never actually tried writing with a quill! When I started writing with ink we had dip pens. There was an ink well in the top corner of the desk and we had a wooden pen with a metal nib on the end.
On my 13th birthday my brother was working and he bought me a Parker fountain pen and propelling pencil set. I absolutely loved it and 55 years later I still have them.
I’m now wondering how Bingley’s writing problems affect Darcy and Elizabeth? Is it in a good way or does it cause them problems? Can’t wait to find out.

I'm so pleased that all of you found this interesting. I've never used a quill myself but I'm eager to try it and see if I can manage with fewer blots than Bingley.

Best of luck to you all in the giveaway and thank you for reading!

Another example of how communication was so much more difficult than today. If you wanted to say something important and not waste ink, paper, or the tip of your sharpened pen or quill you really had to have your act together! It makes Darcy's letter to Elizabeth all the more meaningful somehow since he has so much to say and has to do it clearly and not mess up her impression of him with blots! Thanks for this detailed description! I have enjoyed your stories!

I loved learning this about the quills! It’s another layer for miscommunications.

This was interesting! I wonder if different people chose different colored feathers.