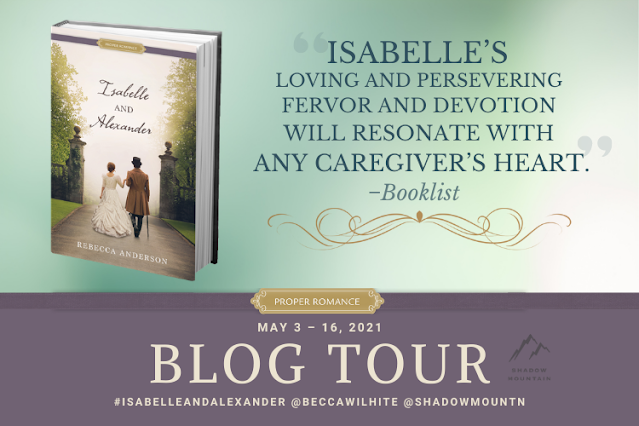 Isabelle Rackham knows she will not marry for love. Though arranged marriages have fallen out of fashion, hers has been settled for some time to combine the upper-middle-class wealth of her father's coal mines with Alexander Osgood's prospering Northern country textile mills. Though not a man prone to romantic gestures, Alexander is well-known as an eligible bachelor. His good looks have turned more than one head, so Isabelle is content to think of herself as Alexander's wife.
However, her marriage is not what she expected. Northern England is nothing like her home farther west in the lake country. Cold, dreary, and dark, the soot from the textile mills creates a gray hue that seems to cling to everything in the city of Manchester. Alexander is distant and aloof, preferring to spend his time at the mill rather than with her at home. Their few conversations are brief, polite, and lacking any emotion, leaving Isabelle lonely and desperately homesick.
Sensing his wife's unhappiness, Alexander suggests a trip to his country estate. Isabelle hopes this will be an opportunity to get to know her new husband without the distractions of his business. But the change of scenery doesn't bring them any closer. While riding together on horses, Alexander is thrown from his and becomes paralyzed. Tragedy or destiny? The help and care that Alexander now needs is Isabelle's opportunity to forge a connection and create a deep and romantic love where nothing else could. 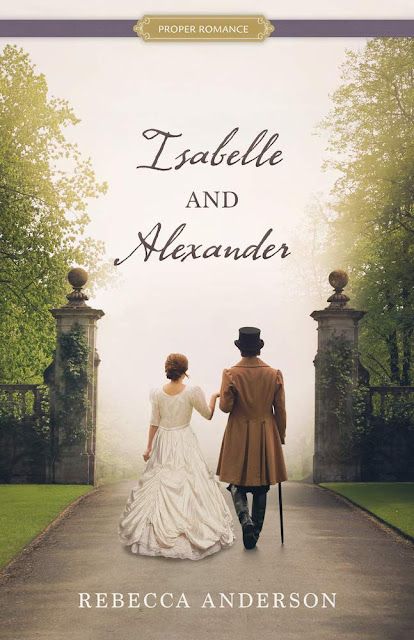 As the city disappeared past the windows of the carriage, Isabelle was surprised to feel herself becoming more tense. She assumed the city’s darkness, stink, noise, and oppression had been the biggest barriers to her happiness, but as she watched the buildings grow farther apart, she felt her shoulders stiffen and her breathing grow shallow.

She glanced at Alexander now and then when she felt brave enough to run the risk of catching his eye. It never happened. He appeared asleep, except that his fingers tapped ceaselessly on his legs.

How could she stand an entire week of nothing but Alexander’s silent company? In preparation for this visit, in addition to the packing, she’d made a list of topics they could discuss. It was a short list, and not fascinating in nature, but she had been confident that, when alone together inside the carriage, they would manage to at least be interesting to each other.

She was no longer confident or even hopeful. A sigh escaped her, and she saw Alexander’s eyes flutter open. She hurried to look out the window.

“All right?” he asked. His voice sounded tired, unless that sound was annoyance.

“Fine. Thank you. Just enjoying the view.” Why had she said that? The view? The current view was dirty tracks separating squatting cottages that seemed to be sinking into the earth.

He made a single grunt that may have been a laugh. “In at least this matter, you are easy to please.”

Isabelle felt a physical jolt, and not a pleasant one. Was he, through this mocking comment, accusing her of being generally difficult? In what way had she earned this censure? She had been gracious at all times, she was certain. She had made a habit of it. She could think of three, possibly four times she’d gone out of her way to thank Alexander for something he’d provided in his house. And now he suggested she was impossible to please? Was she so cold and remote? She felt simultaneously ashamed and furious. Well, if that was what he thought of her, she’d show him how difficult she could be.

Her righteous indignation radiated an uncomfortable heat. She fidgeted with her bonnet. Her collar seemed too tight. And why was the road so full of ruts?

The more she fumed, the more uncomfortable she became, until she realized that her brilliant plan of affronting and aggravating Alexander was only leading to her own disquiet. She ducked her head and smiled into her lap as she realized there was an infinitely better way to devil her husband.

“I am, in fact, easy to please in several ways.” Her voice came out more quietly than she’d intended, but she was sure he had heard. She forced a chattering, lilting accent, as though he’d asked a question and they were now in the midst of a casual discussion. “I am pleased by many books. I am delighted by wildflowers. I am pleased with harmonious singing, mine or someone else’s. A good hand of cards is a great pleasure. An obedient horse. A fine pianoforte. Intelligent conversation is most pleasing, mainly for being so rare.” She felt the barb of those words as they left her mouth, even through her docile smile.

“And that is not all. I am delighted when I read a well-written letter.” She swallowed away a lump of sadness at the thought that she’d been so unfaithful a correspondent lately.

Continuing on, she said, “I am pleased by the gradual return of spring. Visits please me. I enjoy a novel. On occasion, I have even been known to smile at a perfectly ripe pear. Yes, I believe there are few pleasures greater than a perfect pear.” She nodded as if to agree with herself and then looked directly at Alexander for the first time.

He was watching her, his expression unreadable. Had that not been enough? Well, then. She would fill this carriage with nonsense. There would be more words than her brooding and silent husband could stand.

“When I was a child, I was eager to be pleased. I would wander out of doors and collect all the things that interested me. I’d come home with my apron pockets filled with berries and stones and leaves and once even a frog. I’d gather flowers or fallen leaves or snowballs, depending on the season. I collected every note and letter I received in boxes in my bedroom, and on quiet evenings, I’d sit beside the fire and read messages from the past.”

If this litany of silliness was not infuriating the man, Isabelle didn’t know what would. She continued to talk, sometimes looking out the window, and sometimes daring a glance and a smile in Alexander’s direction, for what felt like ages.

Each time she looked his way, Alexander was watching her. He kept his face steady, without creased brow or squinted eye. She could not be certain how her waterfall of words was received until she told a story about sneaking out of church on a hot summer Sunday with Edwin and catching a fish in one of her mother’s stockings.

Alexander’s face broke into what could only be described as a grin. Conspiratorial, amused, and pleased.

She hadn’t intended to please him. Indeed, she was unsure she would ever be able to do so. Now his expression conveyed something she had unintentionally created in him, and the recognition unbalanced her.

Isabelle stopped speaking abruptly. The silence inside the carriage pressed against the windows, the roof, and the floor. She was tempted to open the door and flee, but her survival

Alexander’s voice slipped through the tension. “What kind of fish?”

“Brook trout,” she said, immediately wishing she’d kept her mouth closed. All day. But especially at this moment.

When she managed to raise her eyes again, she found Alexander watching her, smiling. His already handsome face was much improved with such a smile. She tried to remember the last time she’d seen a smile like that on his face. Probably at their wedding, when he was charming her mother. She was fairly certain he’d never smiled like that at her. A good smile, she noticed. Well worth the reputation. It spread wide across his jawline and added a sparkle to his sometimes-dull eyes. Not dull now, she found herself noticing. Not dull at all.

She ducked her head again, trying to hide her own smile. Sitting across the carriage from her husband in a moment of shared amusement was not at all what she had planned.

She couldn’t deny that it felt pleasant. Perhaps more than pleasant. The word “charming” began to bounce around in her mind.

Good heavens, she thought to herself. What if I like this man?

"Anderson’s first foray into historical romance is an atypical, yet satisfying story set in Victorian Manchester’s upper middle class. Hand this to readers looking for a book that navigates the peaks and valleys of two strangers attempting to make a life together despite the hardships life throws at them."— Library Journal

"Isabelle transitions from an unaware, leisure-class woman to a more enlightened spouse and supporter of the working class. Intimacy and romance develop between Isabelle and Alexander because of simple gestures, like a long look or a thoughtful gift, and their conversations. Their slow, stately courting is reader appropriate for any age or audience. Manchester also gets its due as a place of grit and incredible production. Descriptions of bustling mills reveal their impact on the couple’s family and its fortunes. Isabelle and Alexander is an intimate and touching romance novel that focuses on women’s lives in the business class of industrial England."— Foreword Reviews

"Isabelle must use her quiet spunk, busy mind, and compassionate spirit to woo her husband in a wholly new way. Anderson's debut is a lovely northern England Victorian romance about confronting the seemingly impossible and the power of empathy. Anderson also addresses the time period’s treatment of physical and intellectual disabilities. Most of all, she beautifully depicts love in its many forms beyond romance, such as compassion, patience, and vulnerability; and her characters illustrate the ways that these expressions of love carry us through even the darkest hours. Isabelle’s loving and persevering fervor and devotion will resonate with any caregiver’s heart."— Booklist 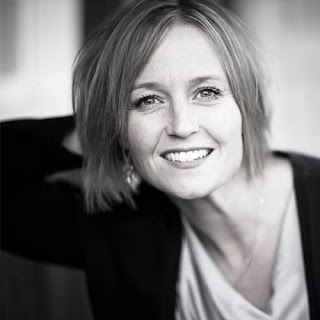 Rebecca Anderson is the nom de plume of contemporary romance novelist Becca Wilhite, author of Wedding Belles: A Novel in Four Parts, Check Me Out, and My Ridiculous Romantic Obsessions. Isabelle and Alexander is her debut historical romance novel.

High school English teacher by day, writer by night (or very early morning), she loves hiking, Broadway shows, food, books, and movies. She is happily married and a mom to four above-average kids.

I read this book couple of months ago and I would say that it is one of the best novels which I have read yet. Actually, I am an expert writer at leading online essay writing in Pakistan so I have a habit of reading novels articles, and blogs. So I would suggest you all read ISABELLE AND ALEXANDER novel or this blog It is very interesting.