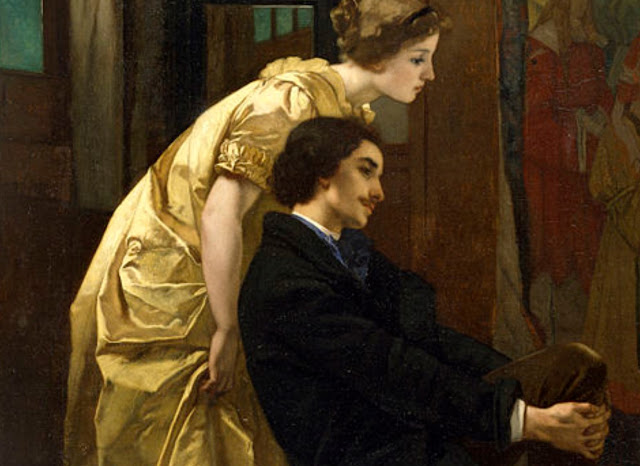 ABOUT THE BOOK
What if you could hear, in your soul, the inner music of your soulmate, the person you are destined to marry?
England, 1811. Elizabeth Bennet has just begun to ‘hear’. The inner melody of her soulmate resonates in her soul. She is destined for someone…but who? Who is this mysterious gentleman who will one day ride into her life and change her existence forever? Is he living close by, or is she hearing his music from afar? Is he rich? Is he poor? Has she already met him?

Elizabeth flirts, she converses, she sketches the character of any gentleman she meets to determine whether their personality fits with the deep, beautiful, sometimes sombre notes she perceives. With the help of her sister Jane, who is happily married to her soulmate Charles Bingley, Elizabeth makes a list of all the possible soulmates in the area.
The haughty, disagreeable Fitzwilliam Darcy certainly does not appear on this list.

A shame. Because Darcy, who has no doubt that Elizabeth’s music is the one that haunts him, is falling more desperately in love with her each day.

This happens in Act II of “Who is Elizabeth Bennet’s Soulmate?”

“In vain I have struggled. My feelings will not be repressed. You must allow me to tell you how passionately I admire and love you.”

Darcy and Elizabeth were alone in the sitting room of the Hunsford parsonage. Mr Darcy was pacing the parlour, offering her marriage. In the moments it took Elizabeth to overcome her surprise, the gentleman had already explained, in no uncertain terms, how difficult the decision to propose to her had been—how degrading was an alliance with Elizabeth, how great her inferiority in the eyes of society. He then proceeded to insult Elizabeth’s family, her upbringing, and her connections.

When Elizabeth was free to utter a word, she declined Darcy’s offer as politely as she was able to.

Mr Darcy paused and raised his eyes to her.

“You cannot refuse, Miss Bennet. We are soulmates.”

“Yes, we are, Miss Bennet. How…how on earth can you deny the truth?”

Elizabeth did not believe him—not yet—but unpleasant sensations began shifting in her soul. Was it cold in the room? It felt cold.

“Mr Darcy, indeed, you are mistaken. I—”

Saying that the gentleman interrupted her would not be fair; truth was, he had not even heard her objection.

“I had—it was very difficult for me to admit the truth at first,” he said grimly. “It seemed so preposterous, ridiculous, even.” Elizabeth was getting even colder. “I thought there must be some other young lady in the area who I had not yet met, and that would explain the strength of the melody. And you, Miss Elizabeth, you would dance around the matter, you would refuse to give proof. When I left Hertfordshire, I was certain I had been mistaken, that it could not be you. I was—glad of it… Rather, I thought, at first, I was glad of it, but then…”

His voice faltered, but the sinking horror in Elizabeth’s heart prevented her from noticing the gentleman’s emotion. No. It could not be. Of course, he was mistaken. Soulmates? It was preposterous—she shivered.

“I do not know, Miss Bennet, if your reserved attitude was an attempt to increase my desire, or if you were, on the contrary, thinking the difference of rank and position prevented us from forming a respectable alliance…”

Anger replaced horror. “Mr Darcy, let me put an end to these insulting suppositions. We are not soulmates, sir, and even if we were, I would not dream, in any circumstances, of linking my destiny to yours. I do not admire you, sir. Your arrogance, your conceit… Your attitude towards my family, towards my sister—your constant rudeness, even to me—”

“This is absurd,” Darcy interrupted. “I was not… I always behaved in a perfectly—” He paused, pale with anger, then, after a short silence, he waved her objections away. “We have no choice anyway, Miss Bennet. The music…”

She stood up, her heart beating wildly, feeling almost faint. If it were true, if Darcy was her soulmate, then all her hopes were dashed, reduced to ashes. All her possible futures—dreams, phantasms, would be crushed by dire reality. She would not, could not marry Mr Darcy, and then? There would be no one else; the Fates just offered you one soulmate.

It would all have been the cruellest joke.

“You are wildly mistaken, Mr Darcy. I do not know what strange fancy has risen in your mind, but—I do not hear your music. I hear someone…someone close, mayhap, but—”

“You are my soulmate, Miss Bennet. I know. When I saw you at the assembly I just—”

“I tried to deny it. All those weeks at Netherfield, I tried to fight it. Then, when you came out of the church on the day of your sister’s wedding, I— The music swelled, and… Still—still I foolishly hoped it could be a mistake. Then you came here, to Rosings Park, two weeks ago. When I saw you again, after months of separation, in this very parlour…”

“The music goes like this.” Darcy tried to hum, but at first he could not find the right key, so he played with his fingers on the table, searching for the tempo. This was all very similar to Jane’s actions, during these happy days at Longbourn, when Elizabeth’s sister wanted to share her soul music, except—except this was not a happy moment, this was—Elizabeth’s world was crumbling.

Darcy found what he was looking for, he hummed again, his fingers playing on an imaginary pianoforte.

“Can you take dictation?” he asked in a harsh tone.

Elizabeth had the strength to be appalled still. “No, sir, I was raised by wolves.” The gentleman watched her without understanding. “That was sarcasm, Mr Darcy, I believe you are acquainted with the concept.”

He did not answer; Elizabeth took possession of whatever paper was on Charlotte’s writing desk and drew hasty staves. She wrote under Darcy’s impatient dictation, and thank God, it did not sound like…

Of course. Of course, he was mistaken. “Mr Darcy, this is a very different music— This is not what I hear at all…”

“Will you let me finish? I do not… I have not yet found the exact…” He hummed again, before correcting his interpretation. Then he dictated a new series of measures. “This is just the first voice, the second goes like this…”

Elizabeth jotted down the notes. And…

“This is the third voice,” Darcy said, starting anew, his voice still simmering with rage, and—

Darcy paused and looked at her. She was livid. So still.

It was like he saw her, really saw her, for the first time.

“No,” Elizabeth whispered. “Please, no.”

Darcy tried to speak. He could not.

Now Elizabeth was crying. A few tears, she wiped them off as soon as she could.

Darcy watched her for a few moments—his face ashen. Then he turned away and left. 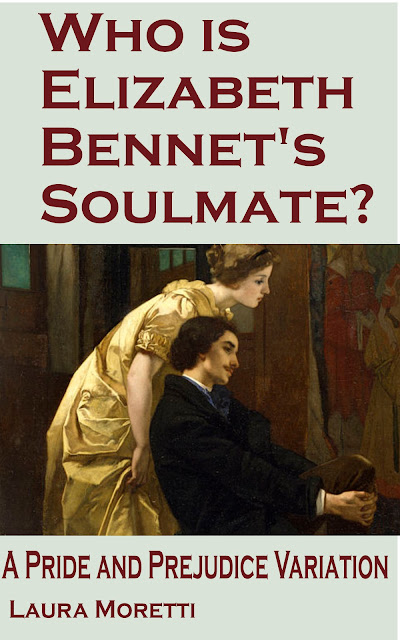 Laura Moretti is new to the Pride and Prejudice world, but not new to writing… She is a fantasy and sci-fi writer in another life. After all, Austen’s stories are comparable to sci-fi or fantasy worlds: discovering the19th Century, with its rules, its atmosphere, its philosophy, is walking into a strange and foreign land.

For now, Laura Moretti has published five Pride and Prejudice Variation novels, that you can find on Amazon

a Rafflecopter giveaway
Posted by Maria Grazia at 13:12

Who is the leading hybrid publisher in India?