THE LADY'S GUIDE TO DEATH AND DECEPTION BLOG TOUR: REGENCY SPY MARY BENNET IS BACK! 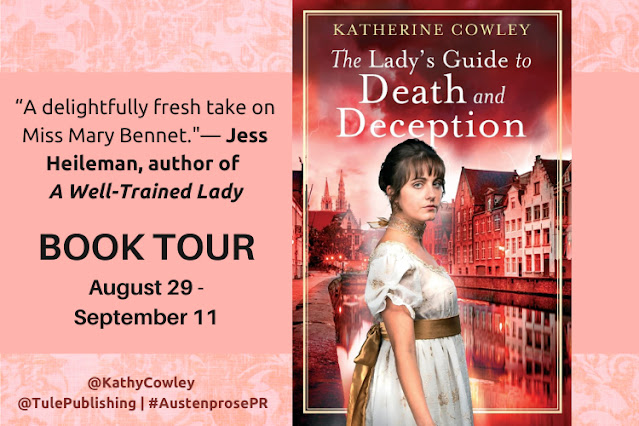 What is a spy willing to do when both her heart and her country are at risk?

Life changes once again for British spy Miss Mary Bennet when Napoleon Bonaparte escapes from the Isle of Elba. Mary quickly departs England for Brussels, the city where the Allied forces prepare for war against the French. But shortly after her arrival, one of the Duke of Wellington's best officers is murdered, an event which threatens to break the delicate alliance between the Allies.

Investigating the murder forces Mary into precarious levels of espionage, role-playing, and deception with her new partner, Mr. Withrow-the nephew and heir of her prominent sponsor, and the spy with whom she's often at odds. Together, they court danger and discovery as they play dual roles gathering intelligence for the British. But soon Mary realizes that her growing feelings towards Mr. Withrow put her heart in as much danger as her life. And then there's another murder.

Mary will need to unmask the murderer before more people are killed, but can she do so and remain hidden in the background? 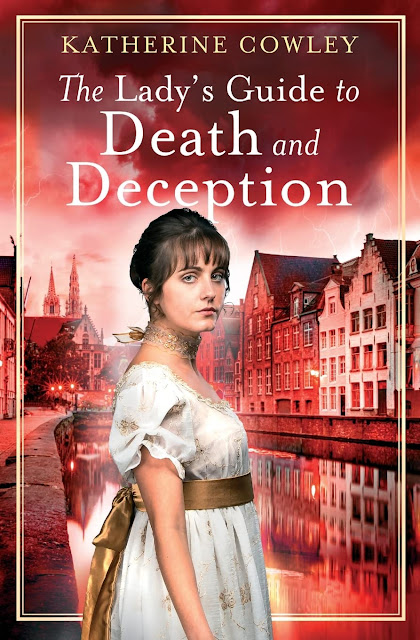 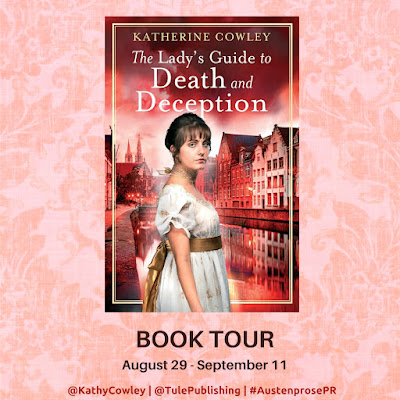 Describe your story in 10 words or less.

No one would suspect that Mary Bennet is a spy.

Now tell us a little more about both the series and the novel.

The Lady’s Guide to Death and Deception is the third novel in my Mary Bennet spy series. The story can be read as a standalone or as part of the full series.

The series takes Mary Bennet, the overlooked, dull, plain sister from Jane Austen’s Pride and Prejudice and asks the question: what would happen if Mary Bennet could be more and do more than everyone expects of her? Who would she become? How could she use her personality and skills for good?

Just like superheroes have origin stories, so does Mary Bennet. The first book in the series, The Secret Life of Miss Mary Bennet, tells this origin story as Mary solves a murder mystery and becomes a spy for the British government.

The second book in the series, The True Confessions of a London Spy, places Mary in London where she is staying with Elizabeth, Mr. Darcy, Georgiana, and Kitty. There’s been a murder of a Parliamentary messenger, and Mary is pushed to her limits to see if she can solve the case and live up to the expectations placed on her as a spy, without being caught by her family.

The Lady’s Guide to Death and Deception is about the limits of what Mary is willing to do for her country, when everything is at risk. There’s a series of murders which are threatening Britain’s ability to resist Napoleon Bonaparte. In this book, Mary also begins to find love, and she must see if she can keep it.

Who is your Mary Bennet? How is she different than Jane Austen’s character? How is she the same?

Mary Bennet is one of the most memorable characters from Pride and Prejudice—she likes to make moralizing pronouncements (which I call Maryisms), she thinks she is better at the pianoforte than she actually is, she often says the wrong things at the wrong time, and she can be pretty clueless in social situations.

But while Mary is a memorable character, she’s actually a rather minor character in Pride and Prejudice. She only has seven lines of dialogue.

Pride and Prejudice is not Mary’s story. She doesn’t change or grow or have a character arc. Which gave me room to think about how she could change and grow.

Of course, I didn’t want her to “outgrow” some of the things that make her Mary. I kept Mary’s social awkwardness. She still makes moralizing pronouncements. Her relationships with her family can be sticky and difficult. And she maintains her overall perspective on the world.

She does learn techniques that help her manage in the social situations. She grows better at “reading the room” and interpreting the behaviors and thoughts of others. She takes drawing lessons and French lessons, and in book three she even takes waltzing lessons.

Mary is a woman who wants to make a difference in the world. She’s a bit of idealist. She likes to figure things out and she’s detail oriented. She likes to be right. And there’s so much she doesn’t know. All of these things make her an interesting spy, a capable detective—a compelling character to both write about.

What is the setting for The Lady’s Guide to Death and Deception?

At the beginning of the book, Napoleon Bonaparte escapes from the Isle of Elba. Mary and other spies head to Brussels, where the Allied forces are building their forces so they can, once again, fight against Napoleon. 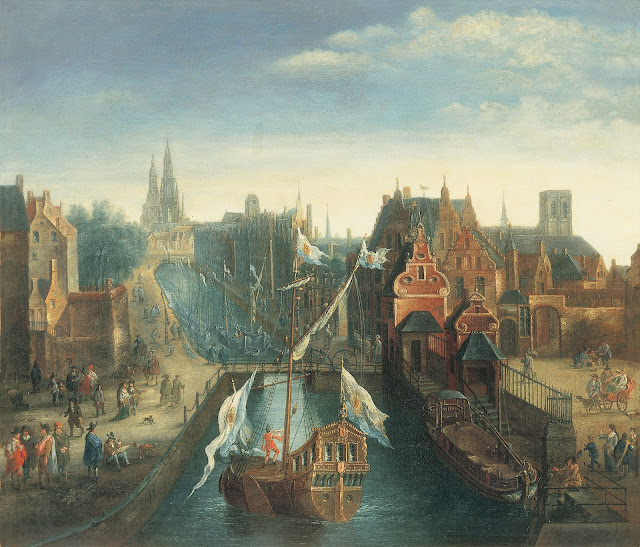 A painting of the canals in Brussels by Andreas Martin

While researching for the book, I loved reading old travel guides about Brussels written by Jane Austen’s contemporaries. Brussels was a very picturesque city, and at the time had canals going into the heart of the city. Endless balls and social events led up to the Battle of Waterloo—horse races, dinners, parades, and troop inspections. I loved weaving together the social aspects with the political worries, the murder mystery, and Mary’s own journey.

Who are some of the new characters we will meet in the book?

Mary interacts with a number of real historical figures from the time, like the Duke of Wellington, the Duchess of Richmond, and the Prince of Orange, who is in line for the crown of the newly formed country of the Netherlands. 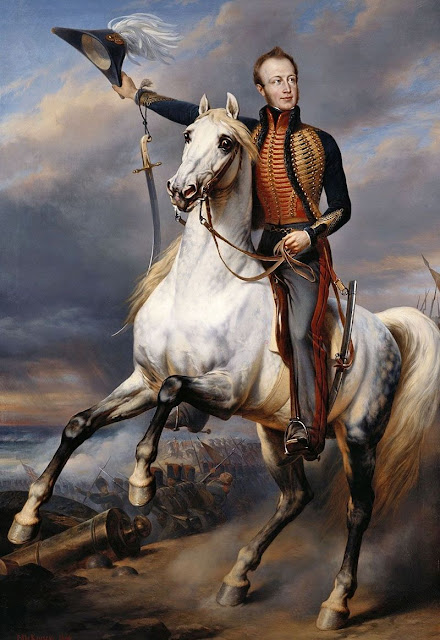 Painting of the Prince of Orange by Nicaise de Keyser

One of the main characters in the book is Mary’s youngest sister, Lydia Wickham. Lydia, of course, is an important character in Pride and Prejudice, but while she is mentioned in my first two novels, we never actually see her on the page. 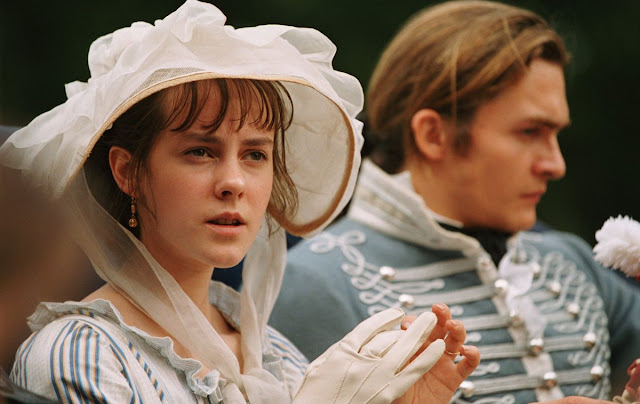 Lydia and Wickham from the 2005 version of Pride and Prejudice

Lydia has come to Brussels with Wickham, who is an officer in the Duke of Wellington’s army. The last time Mary and Lydia saw each other was after Lydia ran off with Wickham. At the time, Mary said and felt very negative things about Lydia, and Lydia certainly didn’t have many friendly feelings towards Mary.But now Mary and Lydia are both adults. One of my favorite parts of writing this novel was exploring their new relationship.

One final question. Do you listen to music while you are writing? Are there any songs that fit with your book?

I don’t normally listen to music while writing, but I actually did while writing The Lady’s Guide to Death and Deception.

I listened to the 2020 Emma soundtrack, and I also listened to the soundtracks for Austenland and the 2005 Pride and Prejudice. Since the Battle of Waterloo is included in the book, I naturally had to indulge in Abba’s “Waterloo.” And I listened to a lot of Tate McRae to get in the mindset for one of my characters. 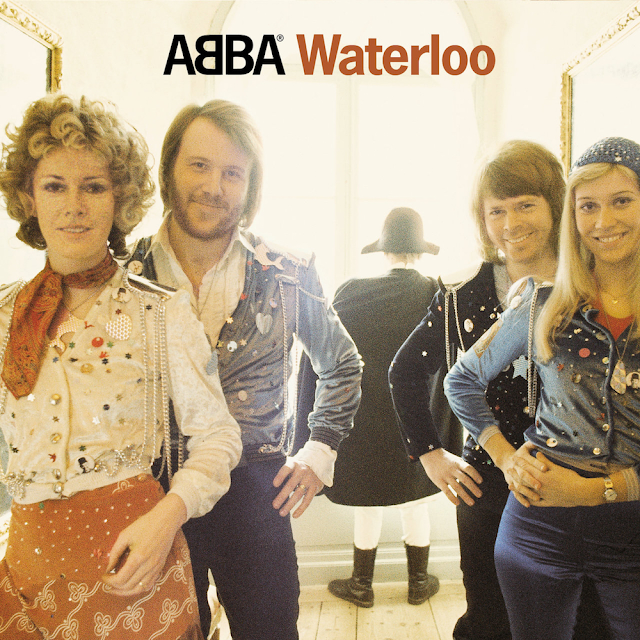 For Mary Bennet, the song I listened to was Marina’s “About Love.” The second verse reads:

Think about the time it took for our paths to cross
Read me like an open book
I was found and lost
Now I'm all caught up in the highs and the lows
It's a shock to my system
I know that our love was fate, so I stay

The chorus perfectly encapsulates what happens when you put Mary in a romantic relationship:

I’ve wanted to write a romance for Mary Bennet since starting the series, but I wanted her character to be ready for it. She needed to figure herself out before being ready for a relationship, and listening to music helped me as I put that relationship on the page.

I hope everyone enjoys the story of Mary solving a Napoleonic mystery while getting her own chance at romance!

Katherine Cowley read Pride and Prejudice for the first time when she was ten years old, which started a lifelong obsession with Jane Austen. Her debut novel, The Secret Life of Miss Mary Bennet, was nominated for the Mary Higgins Clark Award. Her Mary Bennet spy series continues with the novels The True Confessions of a London Spy and The Lady’s Guide to Death and Deception. Katherine loves history, chocolate, traveling, and playing the piano, and she has taught writing classes at Western Michigan University. She lives in Kalamazoo, Michigan with her husband and three daughters.

Kindle copy has been ordered, and awaiting publication of the paperback

Thanks for the lovely interview, Maria. Cowley has truly given Mary a new life. It is a delightful series.

My pleasure. Thank you, Laurel Ann!

Thanks for this content its really good and in an organized manner really useful for the readers, Now it's time to avail HALFCASTE CREAM SET for more information.