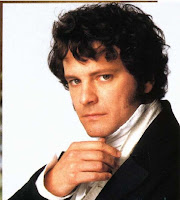 I’ve been having such frantic days recently that I really needed an escape into romance and optimism. I definitely found the delight and relief I was looking for in the pages of this lovely novel by Beth Pattillo, MR DARCY BROKE MY HEART. For those who have made Jane Austen’s Mr Darcy their model hero, it may be a bit disappointing. But beware you haven’t got your Mr Darcy near you already , without realizing that . Watch carefully around you instead of dreaming about meeting one! 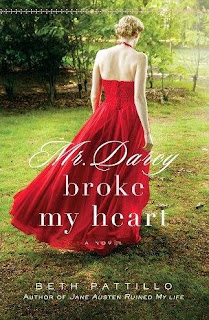 My review
It was like reading two books in one.
In the first one , set in our time, Claire Prescott needs a break from her ordinary disappointing routine in Kansas City.
“For more than thirty years, I’d always been exactly who people needed me to be. A dutiful daughter. An even more dutiful big sister. A hard worker … A devoted aunt to my twin nieces”. (p. 6)
She has got a boyfriend, Neil, who neglects her a bit being a sports fanatic; a married sister, Missy, and two twin nieces she tries to help as much as she can; a tragic shock in her past to overcome, since both her parents were killed when she was only 19. She has just lost her job as a Pediatrics Office Manager and is really depressed, so her sister decides to send her to Oxford University for a summer seminar about Jane Austen’s Pride and Prejudice. Claire will have to present Missy’s essay on sisterhood in the novel. Claire, though not a Janeite, accepts her sister’s invitation to substitute her. She has never understood Mr Darcy’s appeal. Not until she meets James Beaufort from New York City in Oxford at that seminar. 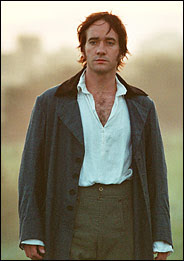 “Whoever he was, he was the handsomest man I’d ever seen in my life. …I lowered my gaze again. Just looking at him made my teeth hurt, he was so yummy. How unfair that such a beautiful man couldn’t be more pleasant…” (pp. 6-8)
In the second book, perfectly interwoven with the first one, Beth Pattillo imagines a completely different first draft for Pride and Prejudice. She has in fact added to her Mr Darcy Broke My Heart, an imaginary version of First Impressions with a very different but plausible story respect to the one we very well know. Claire, once in Oxford, finds herself holding a lost version of P&P, one scholars thought destroyed centuries ago by Jane’s sister Cassandra. Claire finds and reads the precious manuscript at old Mrs Dalrymple’s cottage. She will discover that Jane Austen didn’t always have Darcy in mind for Lizzie Bennet and…much, much more about herself.
“So that was it then. First Impressions. Not the equal to  Pride and Prejudice, but a small jewel in its own way, and perhaps a guide for how I might mend my own life. Perhaps the hero wasn’t born, but made. And perhaps a true heroine learned the difference only by having her heart broken along the way” (p.245)
Did I like it?
I was completely caught in the story and read it with great pleasure and in very little time. There are so many gripping features: a woman in search for her real identity who has difficult choices to make, who experience a breathtaking summer romance in a romantic environment, who has to protect a mysterious priceless manuscript, suspended between literature and real life. The story is told in a convincingly, amusing style with delightful moments of comedy and magic moments of romance. A great fun read. If you fancy something light and enjoyable and Austenesque, this is perfect for you. May I add a shallow note? What first attracted me to this book was …its beautiful cover! I just love the elegant, charming,  red-dressed lady thoughtfully walking in a meadow … though I can’t imagine Claire Prescott like that now I’ve read the book. 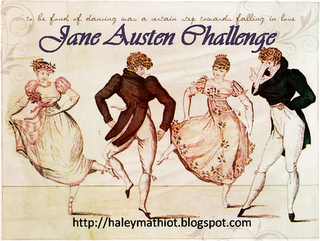 I read this book for my Jane Austen Challenge
Posted by Maria Grazia at 21:07

I'm glad you enjoyed this book, as it has been on my maybe list for a while without being purchased. Your good opinion helps its cause! It sounds like good summer reading. i think I'll get to it soon. Thanks for the review!

glad you liked it! great review.

I think this might be a fun reading by your review. I'm glad it helped you to cheer up!

I so very much want to read this! Thanks for the review, it sounds fantastic!

This sounds like a fun read! I have enjoyed other JA inspired works and am glad You made me aware of this one too!!