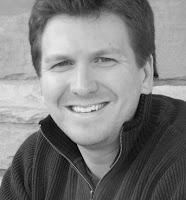 I'm glad to welcome a new guest on My Jane Austen Book Club, a new name in the world of Austen-related fiction.  Scott D. Southard is the award-winning author of MY PROBLEM WITH DOORS and MEGAN.  His novel MY PROBLEM WITH DOORS was called “big and entertaining” (AnnArbor.com) and “an absorbing, thought- provoking tale” (Lansing State Journal).  His books can be found on amazon.com . Scott was the creator and writer of THE DANTE EXPERIENCE, a radio comedy series produced by Mind’s Ear Audio Productions. It was the winner of the Golden Headset Award, the Silver Ogle Award, and second place for the Silver Microphone Awards.  It was called by AudioWorld  “…a cross between Monty Python, the Marx Brothers, and the Airplane movies.”
Scott received his MFA in writing from the University of Southern California.
Scott’s most recent novel, A JANE AUSTEN DAYDREAM is being released in installments by the literary Web site, Green Spot Blue.  Previous installments in the novel (as well as information on his other writing) can be found on his blog.
Inspired by Jane Austen’s own work and “partially” by her life story, this is Jane’s life reinvented in fiction.  Filled with references to her works and characters and many new literary twists, Jane experiences the adventure her mind and spirit deserved and the love she always wished she could find.
A book for both the novice Austen reader to the professional Austenite, this humorous and moving tales follows the growth of Jane into the great writer we know today... with a lot of love and tribulations along the way... and maybe a hint of pride and something.

My Confessional: An Introduction to A Jane Austen Daydream 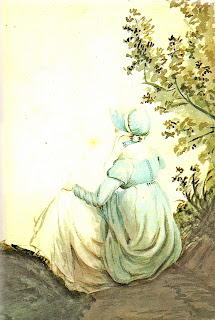 By Scott D. Southard
Over the last decade people have done everything possible to make a dime off of Jane Austen.  From a time-travelling TV series about her, to a “biographical” movie, to an intrusion of zombies and sea monsters in her books, Jane is flourishing and filling the bank accounts of lesser writers.
I come from a background where I believe an artist and their work should be protected. They are jewels to be collected and protected, not Play Doh to be manipulated for one’s own devices.
Yet, I have something to admit and in many ways this introduction is my confessional; but whether I have done a sin is up for you to decide. Let me tell you about my experience with Jane Austen.
Jane and Me 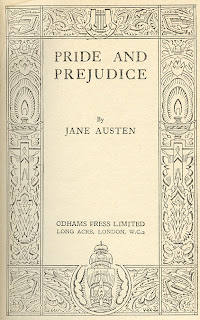 Nothing better than a guy who likes Jane Austen. Scott is assumed to be a gentleman.

Hi dear! Marvelous post! Looove read it! And let me tell you (I don't know if you already know) there's a Jane Austen giveaway on Dear Lillie( http://dearlillieblog.blogspot.com/2011/08/jane-austen-mini-book-tutorial-and-free.html ). It's a pillow with Jane's silhouette. I'm telling you because you love Jane and you couldn't know about this. It ends on 19th. Kisses, dear!