WHAT IS CAPTAIN WENTWORTH’S X-FACTOR? JULIET ARCHER'S GUESTBLOG + GIVEAWAY OF PERSUADE ME 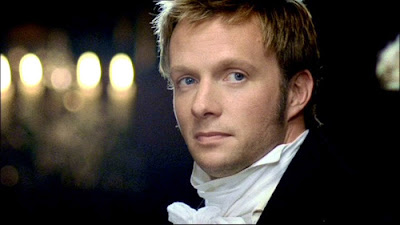 Today's guest here on My Jane Austen Book Club is Juliet Archer. She was already here on 15th September, on occasion of the release of her PERSUADE ME, a modern retelling of Persuasion, Jane Austen's last novel.
In this guestblog she answers one of the questions I sent her for my interview. She liked it so much, she asked me to write a separate post. What's Captain Wentworth X-factor? Enjoy her piece, answer the question yourself in your comment and  enter the giveaway of a copy of PERSUADE ME. Don't forget your e-mail address, please.

This was originally one of Maria’s questions. I liked it so much that I asked to write a separate guest blog on it! 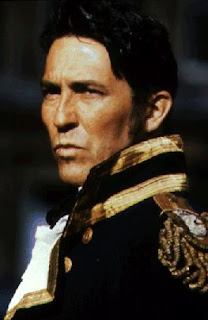 When Anne first falls in love with Wentworth, he has all the right ingredients to succeed (apart from the wealth and position that her family value most), but these have yet to be put to the test. The man who shows up years later is outwardly a success, but emotionally a wreck. And, it seems, the woman who hurt him is the only one who can heal him. But he has to change to win her back, just as she has to leave her comfort zone and earn his trust.
I think his X-factor is his heroic struggle to overcome his previous pain and disappointment; but he only achieves this by discovering – and appreciating – Anne’s worth all over again.
So, what about my version – Dr Rick Wentworth? The outward trappings may have changed – he’s a scientist rather than a naval captain, and he’s been in Australia for ten years instead of in the Napoleonic Wars for eight – but in essence he’s the same damaged hero as Austen’s original. He’s still a self-made man, a sharp contrast to Sir Walter with his inherited wealth and privilege. His strong relationship with his sister Sophie Croft and her husband remains, as does his instinctive kindness to Anne at Uppercross, rescuing her from one of the unruly Musgrove boys and arranging a lift for her on the walk.
All you Austen addicts will notice some differences. For example, there’s more tension initially between Wentworth and Charles Musgrove, with Rick suspecting the worst about him and Anna, and no apparent reconciliation with Lady Russell. My story hints at a hard working-class upbringing for Wentworth, a common factor for many English self-made men. And being a celebrity today – even a minor one – involves much more than having one’s career documented in the Navy List!
But Rick still buys an umbrella in Bath, and offers it to Anna, and writes her a letter …

So, what do you think is Captain Wentworth X-factor? Leave your answer + your e-mail address and get a chance to win a copy of PERSUADE ME, Juliet Archer's modern version of Austen's Persuasion. This giveaway is open worldwide and ends on 4th October.

I think Captain Wentworth's X-factor is that even though he was let down already once by Anne, rather than keeping his guard up the second time he falls for her all over again and gives in to love which i just love! :)
r.m.haigh@hotmail.co.uk

I believe his X-factor is survive to one rejection and yet be man enough to put himself in the danger to go through another. Just because he loves her that much. No hard feelings about it included.

I think Juliet's idea of his X-Factor is spot on, as well as Rosiepopsox. Captain Wentworth is one of my favorite Jane Austen characters for this reason exactly. Thank you so much!

For me, the x-factor was knowing that he had done all the things he promised he would accomplish and though he tried to be superior and angry, he could not because his heart was still steadfast even when hope was lost.
Thanks for the blog- I look forward to reading the modern version of Persuasion- and thanks for the opportunity of the giveaway.
sundee94@comcast.net

Hmm...I think his x-factor is that while he's in touch with his emotions, he doesn't just knee-jerk. Anne hurt him, so he keeps her at a distance to keep himself safe, but he also is willing to start dropping that guard and see if something new can be created between them. He doesn't rush into picking things up where they left off - they're both different people, and he's able to see the need for a different kind of relationship.

I think his X factor is his sense of honor. Even though he knew he was in love with her and he was hurt he fell in love again. Doning the horable thing isn't always the easy choice.

I agree with what the other commentors said about Captain Wentworth's x-factor. What I found touching is that Wentworth has the ability to be in touch with his feelings by pouring out his feelings and hopes in a love letter to his dearest Anne when all hopes seems lost.

Thanks for the giveaway. I can't wait to read Persuade Me. I hope my lucky star is shining bright for my birthday which is today.

His X-factor is being able to overcome his resentment toward Anne and admit he still loves her, no matter what happened eight years before.

Also, pouring all his heart in that letter shows how generous he is with his feelings, sort of like everything or nothing.

Maybe that's why he is, perhaps, Jane Austen best hero: he doesn't take anything for granted and is not scared to have his heart broken again, if the risk also involves getting the love of his life back.

Captain Wentworth's "X-Factors" are his willingness to listen to Anne when no one else does, his ability to engage in intellectual conversation with her, and his capacity to treat her as an equal. Captain Wentworth may just be my favorite Austen hero (but I use that term lightly).

I think Captain Wentworth's X-factor is that his love is profound and sincere and he knew that Anne would be the only one womand worthy of it. Any other woman would have been just a convenient wife, not an equal companion and any other man would have forgotten an Anne Elliot.

I think Captain Wentworth's X-factor is the passion he puts in everything he does and his bravery to go on despite the adversity both in the Navy and with Anne. He's my favourite Austen hero, of course!

Captain Wentworth's X-Factor is his eternal love. Persuasion is the novel where love overcomes the impediments of wealth and rank, surviving the (long!) time. Thanks for the giveaway, Persuade Me sounds really fashinating :)

I think Captain Wentworth's X-Factors are the constancy of his heart and the fact that, while bearing a major grudge against Anne's ill usage of him in the past, in the end, he didn't let it effect the present and ruin the future.

I love this post. I think that Wentworth is one of my favorite Austen characters because you see the struggle that he goes through and overcomes. He was really in the position to hurt Anne a LOT and had to become a real hero and man of worth to let her back into his heart.

His x-factor is his loyalty. He's my fave Austen hero ^^

Thank you all for your wonderful comments - I'm sorry there had to be just one winner!