Janet Mullany's second book about Jane Austen and vampires has just been released: Jane Austen, Blood Persuasion.  Do you want to discover more about  Janet’s  fondness for vampires? Read my 5 vampire questions and, especially, her answers to them. Finally,  try to win a signed copy of her new novel, a new perfect Austen Halloween gift for you! 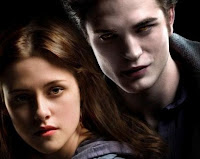 1. Welcome back to My Jane Austen Book Club, Janet. Here's my first question for you. It seems the world has gone vampire crazy! (Meyer’s Twilight Saga and related films, TV series like True Blood and Vampire Diaries,  best – selling authors attempting their own vampire story) Have you got your own  interpretation of this phenomenon? Why is our world so attracted by this kind of supernatural characters?
I think people love the idea of vampires because they are powerful, sexual, beautiful and unpredictable. They also have immortality, which makes them fascinating—how much have they seen and done, and do they ever tire of the thought of infinite life? 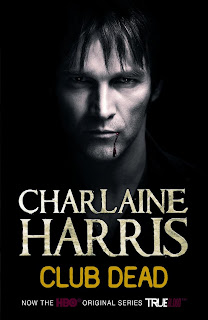 2. It seems nobody can resist a handsome vampire.  Have you got a favourite one in books or on screen?
I’m quite partial to my Luke and I enjoy Charlaine Harris’s vampires, especially Eric; I love the idea of vampires being out in society and recognizable. I must admit that I found the last series of True Blood pretty ludicrous. The books are far better.
3. Is there anything  you don’t like, instead, in this vampire vogue?
I’ve read books where the vampires are so generic and the writer has borrowed so many tropes from popular culture that they’re undead in entirely the wrong way! I was very careful, when I invented the Damned to use only what I needed from vampire lore and make them work in Georgian England.
4. Now, let’s focus on mash-ups of vampires and  Jane Austen  characters/stories . This is actually strange. How could that happen? Jane’s world is so down-to-earth, all sense and balance…
You’re right (although it was also the world that brought about Frankenstein by Mary Shelley!), so the answer was to change Jane’s world. In my vision of Georgian England, the Damned are out in society, feared and lusted after, the darlings of the ton and favorites of the Prince of Wales (later the Prince Regent) and polite society longs to take part in their very impolite activities! In an age governed by etiquette and polite behavior, the Damned have their own set of manners and behavior. I even created an etiquette guide for those invited to dine with the Damned: http://riskyregencies.blogspot.com/2010/10/etiquette-guide.html
5. Could you,  please,  tell us something more about your new novel: Jane Austen, Blood Persuasion?
This book is set in 1810, when Jane is in Chawton and settling down to some serious writing. She’s resigned to spinsterhood and respectability but she’s still haunted by the memories of the French invasion of 1797 and her time among the Damned (Jane and the Damned). She’s also haunted by the recurrence of symptoms of the Damned, despite taking the Cure in Bath, a dangerous and uncertain remedy. Then she discovers her new neighbors are a group of the Damned, who have fallen out of favor with the Prince of Wales, and who have decided to live simply in the country, a fairly ludicrous choice for such creatures of such urban, sophisticated tastes! Their proximity threatens to make Jane a vampire again, and to her horror she finds her best friend and her niece flirting dangerously with the Damned, and she becomes involved in a vampire civil war. It plays hell with her writing plans! 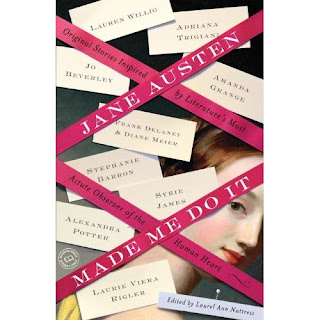 Thank you so much,  Janet,  for being my guest and answering my questions. Have you got any other project on the go?
Thanks so much for inviting me! I have a short story in the anthology JANE AUSTEN MADE ME DO IT which came out this month—mine’s a bit of a departure for me, about Beatlemania and Sense & Sensibility. It’s a great anthology with something for everyone. I’m also working on a rewrite of my first book, DEDICATION, which will be released by Loose-Id in 2012 and some other secret projects in the works.
The Book & The Giveway Contest 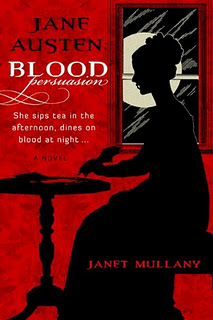 Jane Austen : Blood Persuasion
It’s 1810 and Jane Austen settles down to some serious writing in the peaceful village of Chawton. But it’s not so peaceful when the Damned introduce themselves as her new neighbors. Jane has to deal with the threat of a vampire civil war, her best friend borrowing her precious silk stockings for assignations with the Damned, and a former lover determined to hold a grudge for eternity.
To win a signed copy of Jane Austen: Blood Persuasion leave your comment to this post and add your e-mail address. The giveaway is open worldwide and ends on November 2nd when the name of the winner is announced . 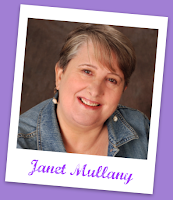 The Author
Janet Mullany was born in England but now lives near Washington, DC. She’s worked as an archaeologist, performing arts administrator, waitress, bookseller, and as an editor/proofreader for a small press. Her debut book was Dedication, the only Signet Regency to have two bondage scenes, followed by The Rules of Gentility (HarperCollins 2007), which was acquired by Little Black Dress (UK) for whom she wrote three more Regency chicklits. Her career as a writer who does terrible things to Jane Austen began in 2010 with the publication of Jane and the Damned (HarperCollins), a book about Jane as a vampire, and a modern retelling of Emma, Little to Hex Her, in the anthology Bespelling Jane Austen headlined by Mary Balogh.
Visit Janet Mullany ‘s site
Posted by Maria Grazia at 15:37

Blood Persuasion sounds extremely good to me since I love both vampires and Jane Austen. I've always thought it was a good combo! After reading this interview I am even more excited about it. I would be very happy to get to read what seems to me a very interesting book.

Omg I love vampires and in love with austen. I already have vamp-austen book but would love to keep on adding to the collection. This book seems that it interesting. Dairigirl@gmail.com.

Ooh, sounds very interesting! I would love to read this, as I love vampires and Jane Austen.
melissa1982@gmail.com

I have read 'Rules of Gentility' and 'Jane and the Damned'. I enjoy the writing style and particularly the humor. At this time of year, I like the idea of Jane Austen's tranquil country village being overrun by vamps.
Learning more of the author is always intriguing to me. Thanks for the interesting interview questions/answers and for the giveaway opp.

Hi ladies, thanks for commenting. I too loved the idea of vampires in Chawton, being fish out of water in such a quiet rural community. There's naturally quite a lot of Emma in this book, since it's based on village life.

Janet, You are a girl after my own heart. Vampires, True Blood, yes especially the gorgeous viking, Eric, agree....books are better, and of course, Jane Austen! Your book sounds great. It is on my TBR list!
cherringtonmb(at)sbcglobal(dot)net

i've yet to read any mash-ups, so BloodPersuasion is certainly intriguing!!!
thank you for the giveaway!!!!

I love vampire novels from Anne Rice to Twilight! Would love to read this one

I was rather surprised when the mash-ups of Jane Austen's books started showing up. When poor JAne became the target, I was even more surprised. It seems to have worked rather well. I have not yet read any of the mash-ups and really should to see what I am missing. I will say that the treatment Janet has given Jane's life as a writer and someone who is dealing with the Damned actually seems plausible and in character. It will be interesting to see what she comes up with next.

I really enjoyed the first book and can't wait to see where the story goes in the second!! Thanks for the amazing giveaway.

I must say, I'm intrigued by this book. The story-line sounds so fascinating and original especially since it includes vampires - my favorite!. Thanks for having this giveaway!

I like it so much, please try to keep posting.

Let me introduce other material that may be good for our community.