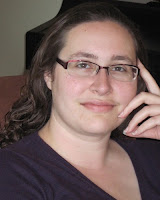 Nancy Kelley is a Janeite, an Austenesque author, and a blogger. During the writing of His Good Opinion, a version of Mr. Darcy took up residence in her brain; she fondly refers to him as the Darcy in My Head, or DIMH.
If could possess any fictional device, it would be a Time-Turner. Then perhaps she could juggle a full-time library job, writing, and blogging; and still find time for sleep and a life. Until then, she lives on high doses of tea, of which DIMH approves.
Complete the chart below chosing your options, comment our Austen-based friendly chat adding your e-mail address and  you'll get the chance to win an e-book version of Nancy Kelley's  novel , His Good Opinion . This giveaway contest is open internationally and ends on December 9th when the winner is announced.

When did you first read  Jane Austen?
I read Pride and Prejudice when I was a freshman or sophomore in high school--about 14 or 15. I loved everything about the book, but especially . Here was a woman who wasn’t afraid to speak her mind! As an outspoken, clever, bookish girl, Lizzy became my literary role model. 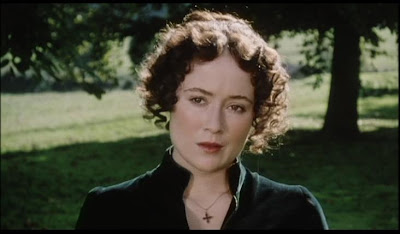 The huge spreading  of spin-offs, sequels, mash-ups is due to a desire to preserve and Jane’s messages, atmospheres, techniques and prolong the pleasure or more to the ambition to correct and adapt  what in her work is considered too distant or different?
I suppose each author has a different reason for writing an Austenesque novel. However, I believe their popularity with readers is because we love Jane and want to read more of her. That’s why I read Austenesque novels, and it’s why I decided to write one.
What is the peculiarity which makes Jane Austen’s genius unique?
Jane understood people--she knew how they lived and worked, and how they interacted together. When I read Pride and Prejudice or Northanger Abbey, I find myself chuckling at various passages because I know those people. Who doesn’t know a Mr. Bennet, who is too absorbed in his books (or golf, or television...) to pay attention to his family? And who has not met a Mrs. Allen, who is never at a loss for words, but all without a thought in her mind?
Why should we still read her novels according to you? What can we learn from them? (a question my students often ask me, why do we have to read the classics?)
In any field, we study the greats so we might one day apply the same principles they used. An artist may study Van Gogh’s brushstrokes and use of color in the same way I pore over Jane Austen’s characterization and dialogue.
Once we begin the study of the classics, we discover why people have loved them for centuries. Those wonderful characters, lifelike situations, and beautiful sentences become just as beloved to us... but we’ll never get know that unless we pick up that first book.
How would you advertise your book in less than 50 words?
His Good Opinion looks at the events of Pride and Prejudice and asks two questions: Why was Darcy so reluctant to give his good opinion to all he met, and how did gain it so easily? 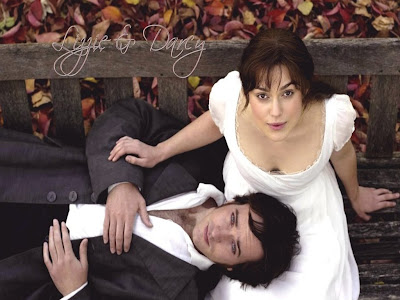 When and how you came to write a Jane Austen sequel?
I was listening to Pride and Prejudice in the summer of 2008 when suddenly, Darcy started adding a running commentary of events in my head. He was particularly mortified by the passage where wonders why he always shows up on her favorite walk in after she had particularly told him she liked it. “I had not realized that was a warning, rather than an invitation.”
His voice stuck with me and became what I now call the Darcy in my Head, or DIMH. Until then, had always been my favorite part of Pride and Prejudice. Now I was finally able to see events from his point of view, and to understand the motivations behind his early pride.
As a writer, I knew I had a story on my hands. I made an extensive outline (capable of scaring pets and small children) and wrote the majority of the first draft that year during National Novel Writing Month.
If I say ... Mr Darcy, what is the first image that comes to your mind?
Classic good looks--tall, dark, and handsome. (It says as much in the text.) A patrician nose; long, lean fingers; dark hair and eyes...
I’m afraid there’s not a single person I know that I can compare  him to, not even the actors who have portrayed him. Darcy is simply Darcy.
What is so special in him to make him a hero beyond time?
This may sound strange, but I believe a large part of Darcy’s appeal is his integrity. He is scrupulously honest, to the point of being tactless. “Disguise of every sort is [his] abhorrence.” He also expects that same honesty from others--when Miss Bingley is trying to turn his attention from , he retorts with, “There is undoubtedly a meanness in all the arts...”
That kind of integrity means you never have to wonder where you stand with him. You also never have to wonder if you really know who he is. His honesty means he’ll never cheat you (or cheat on you). He is wonderfully, breath-takingly real.
Is there a minor character in Jane Austen’s work you’d like to write a spin-off story for? 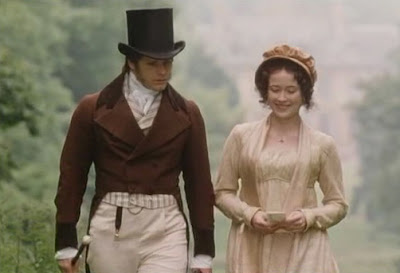 I’m currently working on Colonel Fitzwilliam’s story. He spoke up when I was working on His Good Opinion with his own back story and tale that demanded to be told.
The other minor character gnawing at the back of my mind is Frank Churchill. Every time I read or watch Emma, I wonder what Jane Fairfax saw in him. There must be something good there.
Let’s go on playing. Thinking of the perfect match among Austen characters. Which is the happiest couple among the ones Jane formed? The least happy couple? 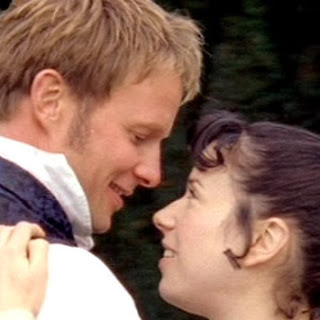 The happiest couple would be Anne and Frederick Wentworth, because they waited the longest for their happy ending. They know what it’s like to want to be together and yet live separately, so they will appreciate each other all the more.
The least happy couple... oh dear. I believe all her main couples were very happy, so let’s go down to the next level with secondary characters. For that award, I would say Mr. and Mrs. Willoughby. She married him knowing he loved another (as much as he is capable), and he never allowed himself to be more than satisfied with his wife.
Thanks a lot, Nancy, for being with us today on My Jane Austen Book Club. Best luck to you, your book and your DIMH!
About the Book 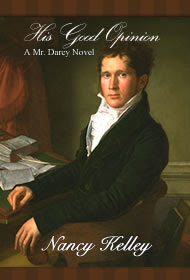 His Good Opinion. A Mr Darcy Novel
Mr. Darcy Speaks from the Heart: Pride and Prejudice from his Point of View
Though tired of Society's manipulations, Darcy never thought to be enchanted by a country maiden. Yet on a visit to rural Hertfordshire, Elizabeth Bennet captivates him. Lovely and vivacious, she is everything he is not, and everything he longs to have.
Unfortunately, her connections put her decidedly beneath him, and the improprieties he observes in her family do not win his favor. Putting her firmly out of his mind, Darcy returns to , but is not so easily forgotten.
When chance throws them together, Darcy can no longer deny his love, but , put off by his manners, refuses him. To change her mind, he must set aside his proud ways and learn how to please a woman worthy of being pleased. It takes a serious incident for his true character to shine, and for to learn just how valuable is…
Visit Nancy Kelley's Blog - Austen Aspirations
Follow her on Twitter

It was really hard to find the comment option, but! I would really love to win this book, so I did. :)

I would love to win this book! I am a huge Jane Austen fan! And a huge Mr. Darcy fan! :)

Could you please add your e-mail addresses to your comments too?
I won't be able to contact you in case you win, otherwise. Thanks a lot! MG

I would love a new book.

What a great interview.

Thank you, Nancy and Maria, for a great interview. I loved reading about how Darcy spoke to Nancy.

Sounds like a great book and I'd love to be entered in the giveaway!

I would love to read this! I love the title!

Thanks for the interview, I can't wait to read the book.

I really enjoyed the interview both questions and answers. It was fun knowing what got the book started and fun to know Nancy's thoughts on Jane Austen and her works.

Thanks for the posting and for the giveaway opportunity.

Thank you, Maria, for having me. I'm having the best time sharing the behind the scenes details for His Good Opinion>

Thank you, Nancy. It's always intriguing to discover how a new story/book comes to life. Thanks a lot for being with us on My Jane Austen Book Club.

I love Austen spin-offs and this looks like a good one! Thanks for the giveaway!
cherringtonmb(at)sbcglobal(dot)net

I agree with Ms Kelley when she says that we "know" people that live in Jane Austen's novel, I think they're without time...

about the book, I'd like to read it to live again the story of "Pride and prejudice" from a different point of view, and to discover Mr Darcy's feelings and reasons.

I've heard really good things about this book. I'm excited to read it!! Thanks for the giveaway!

Can't wait to read the book!

It all sounds very interesting and exciting. I'd love to have the chance to read more about Mr. Darcy :-))