Deirdre Le Faye has researched the life and times of Jane Austen for the last forty years.  She has published the definitive factual biography, Jane Austen: A Family Record, plus a new edition of Jane Austen’s Letters, several other books, and numerous scholarly articles on Austenian topics.
This is my Christmas gift to all my Janeite friends and readers: an interview with her!  Moreover, Oxford University Press has provided a copy of Ms Le Faye's latest edition of Jane Austen's Letters for a giveaway, this time limited to US & Canada.  Leave your comments and e-mail addresses, this is an extraordinary occasion to win this precious addition  to your Austen shelf. The giveaway ends on December 31st.
First of all, let me say it is a great honour and a joy to have you as my very special guest, Ms Le Faye,  since I most ardently admire you and  your incredibile work as an Austen  scholar. I’ve read and own some of your books and I just wonder,  how did you come up dedicating so much of your research work just to Jane Austen?
Because I had the good luck to gain access to the Austen-Leigh archive, which no-one else had bothered to study properly beforehand.
Jane Austen has never been as popular as she is now. What’s the appeal of her world for the 21st century reader?
I believe it's because most people think her late Georgian/Regency period was more elegant, calmer, and more civilised than our present noisy century.
What, instead,  would Jane most appreciate of our world?
The improvement in medical care;  if she were living nowadays, I expect her terminal illness could have been prevented or cured.
Which novel is your favourite among the major six and why?
Mansfield Park, because it is so beautifully planned that the outcome seems quite inevitable when one looks back at the beginning.
Who are your favourite Austen hero and heroine?
Mr Knightley and Emma. 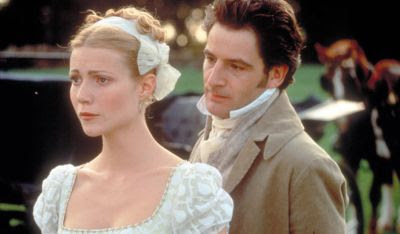 You know, Ms Le Faye,  I’m a teacher of English as a foreign language to teenage students in Italy and I love teaching English literature (especially  19th century authors) . What do you think Jane Austen can  teach  to  nowadays youth?
That they should be intelligent, sensible, and honest in thought and deed.
I often feature Austen fan fiction (sequels , spin-offs , what-if stories) here on My Jane Austen Book Club and I think they are great fun to read. But don’t  you think that all those adaptations, both written and for the  screen, could alter, mislead  or even distort the interpretation of Austen’s work?
Most of these prequels, sequels and spin-offs are fairly silly and inadequate;  but if they encourage readers to go back to the original novels, so much the better.
You’ve just published the fourth edition of Jane Austen’s Letters for Oxford University Press and your familiarity with Jane Austen’s life is incredibile. So, I’d like to know  your personal opinion about her personality:  was she more a romantic girl or a matter-of- fact woman? More sense or more sensibility?
She was both, as her elder brother James knew, and stated in a little verse he wrote to her when she published Sense and Sensibility:   "Fair Elinor's Self in that Mind is exprest, / And the Feelings of Marianne live in that Breast."
And what do you think of the little we know about her affairs of the heart?
That she never met a man who was her equal in intelligence, and wouldn't settle for anyone stupider.
Have you noticed/discovered anything that you hadn’t before, working on Jane’s private correspondence again?
When composing my new Subject Index, I was surprised to see how often she suffered from colds! - but then, so did many of the other people she knew.
Are you working on a new Austen project at the moment?
I'm always researching and making notes with future publications in mind.
That’s all, Ms Le Faye. Thanks a lot for being my kind guest and answering my questions. And special thanks for all your precious work,  which is immensely appreciated by Austenites all over the world. Merry Christmas!
The Book 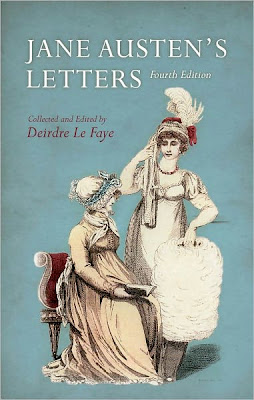 (Oxford | December 15, 2011 | Hardcover | 688 pages | $45.00 | ISBN: 9780199576074)
“Life seems but a quick succession of busy nothings,” said Jane Austen.  And yet, the unfolding of these nothings is what makes up the amazing stories of our lives, whether they are the lives of characters in books, or the lives of writers. Few writers are as revered, emulated, and beloved as JaneAusten, her novels holding a secure place in the cannon of English literature. Now, at the bicentennial anniversary of the publication of Sense and Sensibility—Austen’s first novel in print—comes an intimate look into the life of Jane Austen in her own words in JANE AUSTEN’S LETTERS: Fourth Edition(Oxford | December 2011), edited by Deirdre Le Faye.
In these letters—mostly addressed to members of her family, and the majority of those to her sister, Cassandra—Austen shares her personal insight into contemporary events and places in her own turn of phrase. Her observations serve to further our understanding of life in that time, and in so doing, we learn some of her own secrets. Most significantly, the gossip, witty social commentary, humor, and voice found in Austen’s letters echo unmistakably in such novels as Northanger Abbey, Emma, andPride and Prejudice.
The fourth edition of JANE AUSTEN’S LETTERS also includes:
·       A new insightful preface by Le Faye
·       Reorganization of the letters into their correct chronological sequence
·       Complete annotations for each letter as well as a list of the physical details of the manuscripts
·       Updated and enhanced biographical and topographical indexes and a new subject index
·       Added notes to the general index
Scholars, students, and fans of Jane Austen will relish in this exposure of the novelist’s life as she experienced it. Le Faye’s updates in JANE AUSTEN’S LETTERS: Fourth Edition greatly enhance our understanding of the life and times of one of the most popular writers of all time.

Enter the giveaway of one copy, leaving your comment + e-mail address. Open to US & Canada readers only, this giveaway ends on December 31. Good luck and Merry Christmas Time! 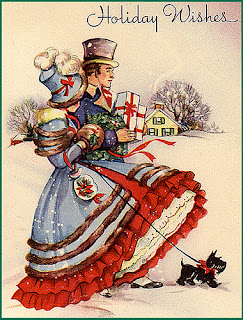 A most interesting interview with a true scholar. This book would be a valued addition to my library.
Thank you for the giveaway.

Very interesting interview Maria. Thanks for seeking out such a worthy Austen scholar.

Thanks for the chance at the giveaway. austenprose@comcast.net

Sounds wonderful! Please count me in thank you!

What a great area of scholarship - thanks for the interview! wadewool at gmail dot com

Merry Christmas to me (and to you as well, of course, Maria)! What a fabulous time I chose to catch up on my much neglected blogging. I would love to get my hands on this book. Very interesting interview. I have long admired Ms. Le Faye's work, but I must question something she has asserted here - what in the world is wrong with being silly? Of course most JAFF is inadequate if you are expecting it to rival Jane, but she would be the first to defend the importance of lighthearted humor in one's life. The sequels and prequels based on her work are sources of great joy to many ardent Janeites. Their value is incalculable.

Merry Christmas, Maria Grazia, and thanks for the wonderful Christmas present of an interview with Deirdre LeFaye! I've seen video interviews of her at JASNA AGMs, and she always has fascinating things to say. I'd love to be entered in the giveaway.

What a wonderful giveaway! I am also a fan of Mr. Knightley- he was good from the start.

This is one book I especially hope to have.

what an interesting concept!!! i'm still new to all that is JaneAusten & is always happily surprised w/new finds!!!!

My copy of Ms. Le Faye's 'Jane Austen's Letters' is dog-eared and very much beloved. It's my comfort food.

Readers who love JA's works will love reading this book. Jane Austen's voice and personality come across in a way that one can't appreciate by just reading her original works, sequels and so forth.

Thanks so much for this fine interview on Christmas Day. God bless Deirdre, she is a shining example of a smart and sensible person - and we can only thank her for the monumental, authoritative the work she has done. I already splurged on the book, which sits at my elbow, so I don't need to enter the drawing!

I am looking forward to reading Miss Austen's letters soon, so winning this would be wonderful! lisaquing@gmail.com

Thanks for offering this!

Wonderful giveaway!! It would be a lovely addition to my collection.
ddcknitt@yahoo.com

I would love to read this book - I love almost anything Jane Austen!

Thanks for the chance to read this.

i want to tell the world about the great and mighty spell caster called Dr.Akhanene my husband was cheating on me and no longer committed to me and our kids when i asked him what the problem was he told me he has fell out of love for me and wanted a divorce i was so heart broken i cried all day and night but he left home i was looking for something online when i saw an article how the great and powerful Dr Akhanene have helped so many in similar situation like mine he email address was there so i sent him an email telling him about my problem he told me he shall return back to me within 48hrs i did everything he asked me to do the nest day to my greatest surprise my husband came back home and was crying and begging for me to forgive and accept him back he can also help you contact him email;DrAkhanenespellhome@gmail.com