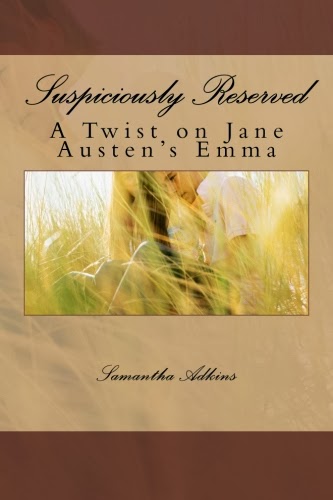 Shortly into my “short story”, I realized I would need a lot more space that a short story offered.  I wrote furiously, daydreaming about the book when I wasn’t writing.  I could only offer my sister the first volume by her birthday, which I printed off my computer with a cover featuring photos I copied and pasted from the internet.  I was able to give her the second and third volume within a year, but I was already thinking others might like to read the book I was calling “Expectations.”

I tried traditional publishers of all shapes and sizes, but a year or so later, I stumbled across a novel-writing contest through Publishing Room.  Unfortunately, the date for submission had long passed, but I began to research Publishing Room and became more and more excited by the idea of On Demand publishing.  I hesitated each step of the way: Should I really submit my entire manuscript over the internet?  Should I provide an internet company with my personal information?  Was I giving up on traditional publication?  I think up until my finished book arrived in the mail, I thought the entire thing could be a scam, but the day I received my first printed novel titled Expectations: A Continuation of Pride and Prejudice, I was ecstatic, and fairly relieved.

I have since changed my book printing over to createspace.com for various reasons, but I am still thrilled that there is a way to offer my books to the world.  I always think there is no use leaving my books on my hard drive.  Books are made to be read, and though what I pay in taxes each year nearly eats up all of my profits, I am excited to hear what people think of my books.  Whether it comes as a comment from a friend or an online book review, I am always interested to hear what people think.  Of course, the criticisms are a little more difficult to take, but at least someone has read my work.

I have two Jane Austen inspired books, the aforementioned Expectations and Suspiciously Reserved: A Twist on Jane Austen’s Emma.  I keep thinking I’m done with writing books based on Austen’s work, but then I come up with another question about one of her books and I have to write it out to find the answer.  You can find my books on amazon.com and amazon.ca  You can find me at austengurl.blogspot.ca or on twitter @austengurl.
Samantha Adkins 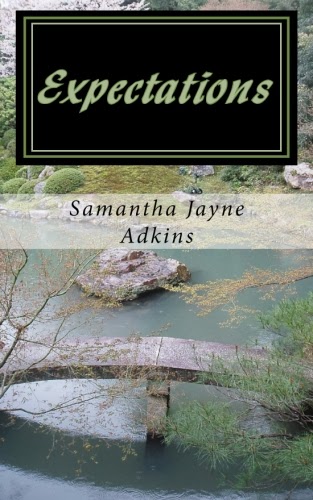 Samantha Adkins is a writer and teacher living in Alberta, Canada.  Her books include Expectations: A Continuation of Pride and Prejudice, Suspiciously Reserved: A Twist on Jane Austen's Emma, Subgirl, Subgirl Returns, What's It Like to Grow Up in Banff? and Not As They Appear

Emma Woodhouse is one of Jane Austen’s most beloved heroines. She is smart, well-dressed and rich. But what about Jane Fairfax, her poor, orphaned nemesis? Would the story be so light and sparkling from Jane’s point of view?


Suspiciously Reserved in Jane’s story, set in present-day Canada. Jane has felt uncomfortable living off the goodwill of her wealthy benefactors, the Campbells. Now that their daughter has found the man of her dreams, Jane wonders what her future holds. She feels the necessity of returning to her grandmother and Aunt Hetty. Before she goes, however, she will spend one blissful week by the ocean where she meets handsome, charming Frank Churchill. But can she trust him?

Expectations begins six months after Jane Austen's Pride and Prejudice ends. As a newly married woman, Elizabeth Darcy agrees to throw her first ball as mistress of a large and prosperous household. At the same time, she receives a letter from her father encouraging her to produce an heir for her husband, welcomes several visitors to her home and tries to mend broken family relationships via letter. Georgiana Darcy remains unmarried, but feels the pressure to find a suitable mate. Georgiana fights off several marriage proposals while she tries not to fall in love with an old friend.

a Rafflecopter giveaway
Posted by Maria Grazia at 23:18

I think it's great that Ms Adkins was inspired to write Austen fan fiction not knowing that it was already a "thing"! I have "Expectations" on my (quite massive) Austenesque TBR list - it's always interesting to see how an author portrays the married Darcys and maturing Georgiana.

I have to admit I haven't yet read Emma (hoping to remedy that soon), so my choice would be Expectations.

The sequels always are interesting for me because I like to read the interpretations of other Authors about Pride and Prejudice. I have read some, and I will be interested to read "Expectations".

Good Luck with the release :)

Thank you for the opportunity to win a copy.

I think I'm most interesting in the 'Emma' variation - Suspiciously Reserved, mainly because there are so few variations of Austen books other than P&P! Consequently, that is the one that I would love to win. Having said that, choosing between Emma and Elizabeth, it is Elizabeth all the way!
Thank you for the chance.

Thank you for the good wishes, Warmisunqu Austen:) Joanne, I'm glad there is someone else who wonders about more than P&P! Hope you all win:)

I'd say Elizabeth has my vote over Emma, who was unkind to poor Miss Bates. I am so tickled that your first foray into writing was as a gift for your sister. It was a much more personal gift than anything you could have purchased for her from a store!

After reading a few different books I have found that I prefer books set in the Jane Austen era so I would prefer to win Expectations. I probably prefer Elizabeth over Emma

the storyline for both stories are wonderful--so I'm torn.

I love both Emma and Elizabeth.

Suspiciously Reserved seems
really interesting and intriguing. Elizabeth is the favorite. She got Darcy.

Thanks for sharing your inspiration of writing Austenesque novels. I like the premise of both books so I have no preference. And Elizabeth has my vote for favourite heroine.

I must completely agree with Luthien84. Elizabeth as favorite heroine and I would be thrilled to win either book. Thank you for the giveaway.

I would love to read Suspiciously Reserved! The contemporary setting and the focus on Jane Fairfax has me very curious! I love both Elizabeth and Emma as characters so it's hard to choose my favorite, but maybe Elizabeth has a slight edge over Emma just for her tenacity.

CassandraG, you have won a copy of my book, but the email you left does not seem to work. If you could resend your email address, I will be able to send you your book:)