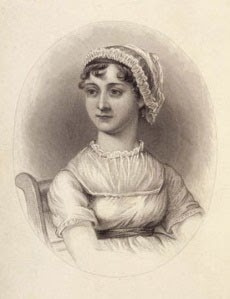 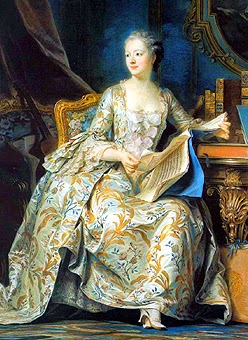 What would Jane and her mother have been wearing in this scene?
When we think of Jane Austen, we associate her with the empire-waisted gown, as she was portrayed in an engraving in 1870, based an earlier sketch by her sister Cassandra. That style of gown was adopted in nearly all the movie versions of Austen’s novels, and understandably so, because she wrote or revised all her books for publication during the Regency era—a brief period from 1811 to 1820, when George III was considered unfit to rule, and his son took the throne as Regent in his stead.
However, Jane Austen didn’t grow up in the Regency era, but rather the Georgian era, which lasted from 1714 to 1830 and spanned the reigns of the first four Hanoverian kings of Great Britain who were all named George. (The Regency, which occurred within that span, is defined as a sub-period.) 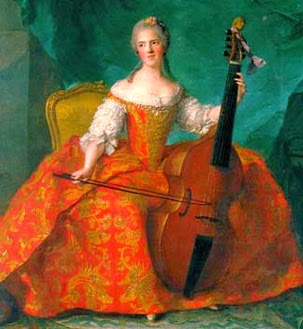 In Jane Austen’s First Love, when Jane travels to Kent for a very special and memorable summer, it is 1791 and the “empire waist” is still a thing of the future. For decades, fashionable women had been wearing the “Robe a l’Anglaise” or “English gown” (also known as a mantua) or the “Robe a la Francaise” or “French gown,” also called a sack back gown. Several pieces made up these gowns, including a fitted bodice with fitted ¾ sleeves with flounces at the ends, a stomacher attached to the bodice, and a “fichu” or neck cloth for modesty during the day. The floor-length skirt was sewn to the bodice. Often, the skirt was open in front, revealing an underskirt called a “petticoat”—not an undergarment, but rather another skirt which matched or contrasted with the gown. If the dress did not open in front, it was called a “round gown.” 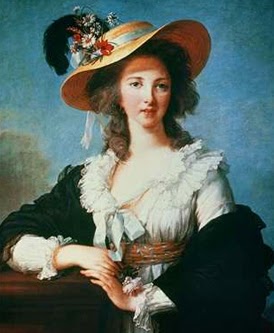 For the greater part of the 18th century, gowns were made of heavy, stiff fabrics and elaborately trimmed. Ladies wore hoopskirts made of whalebone, woods, or reeds, which varied in size and shape. The oblong shaped hoopskirt, called a “pannier” or “basket” in French, was popular until the 1780s and 90s, after which it was worn mainly by royalty. (The pannier went out of fashion forever with the coming of the Regency era, when a slim, vertical look was favored in imitation of the ancient Greeks.) Under their gowns, women wore heavily boned corsets, a linen or cotton “chemise” (which resembled a nightgown), and several petticoats.

Despite all these layers, if a woman was seen in her undergarments, it was akin to being naked.

In the 1780s and 1790s, Queen Marie Antoinette of France made popular an entirely new style of round gown for daywear, constructed from a lightweight gathered fabric. Instead of a hoopskirt it used a small bustle to give it a rear lift. At first the dress was mocked and called the “chemise gown” by critics who claimed it looked too much like underwear—but it quickly became all the rage with fashionable ladies across the world, and was the harbinger of the airy gowns of the upcoming Regency era.
Although women in the mid 1700s combed up their hair in elaborate styles and coated it with powder, by the 1790s the fashion was to wear it long and curly. 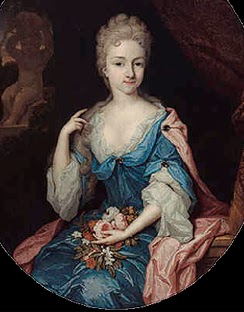 Powdered hair was still popular on formal occasions, and hats were all the rage, the style depending on the woman’s activity and status. Married women wore simple cotton or linen “mob caps” at home. Fashionable ladies wore straw cartwheel hats with feathers or silk flowers.
This, then, is what Jane Austen and her family and friends would have been wearing in 1791: a chemise gown by day, and a brightly colored silk or satin gown in the evening, all trimmed with ruffles and/or lace. She would have worn gloves, thigh-high stockings fastened by garters, and leather shoes, probably adorned with buckles. Jane’s dance slippers would have been made of fabric, perhaps silk, and embellished with ribbons and rosettes. And in those slippers,  Jane—who from her youth was very fond of dancing—would have danced the night away.
Syrie James 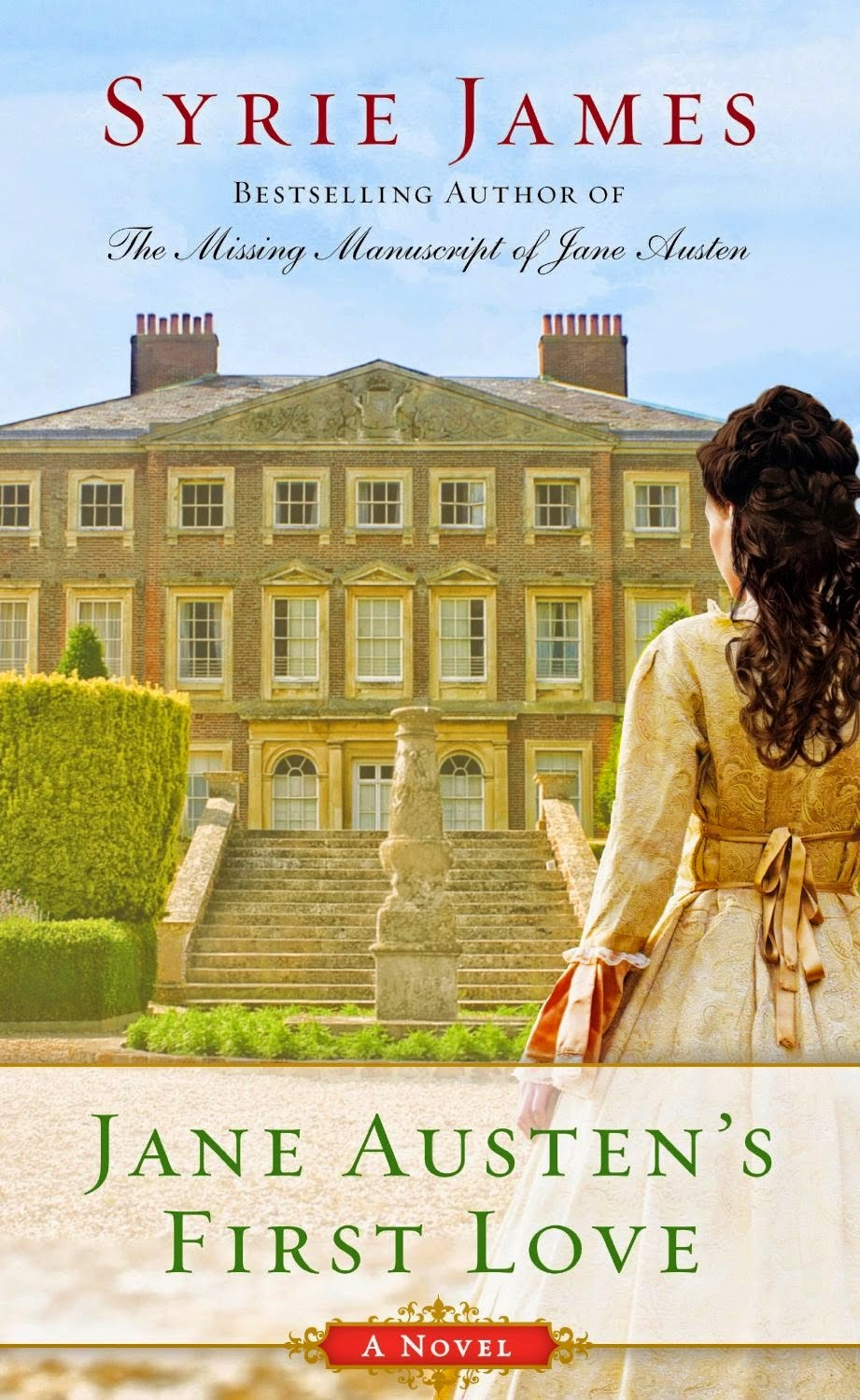 Unsure of her budding relationship, Jane seeks distraction by attempting to correct the pairings of three other prospective couples. But when her matchmaking aspirations do not all turn out as anticipated, Jane discovers the danger of relying on first impressions. The human heart cannot be easily deciphered, nor can it be directed or managed. And if others must be left to their own devices in matters of love and matrimony, can Jane even hope to satisfy her own heart? 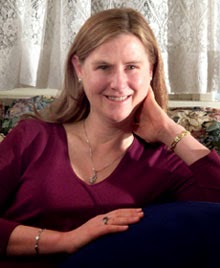 Syrie James is the bestselling author of nine critically acclaimed novels, including The Missing Manuscript of Jane Austen, The Lost Memoirs of Jane Austen, The Secret Diaries of Charlotte Bronte, Nocturne, Dracula My Love, Forbidden, and The Harrison Duet: Songbird and Propositions. Her novel Jane Austen's First Love is due out August 5, 2014. Her books have been translated into eighteen foreign languages.

Los Angeles Magazine called Syrie "The queen of nineteenth century re-imaginings." Her novel The Secret Diaries of Charlotte Bronte was named a Great Group Read by the Women’s National Book Association and won the Audio Book Association's national Audie Award for romance. Her novel Nocturne was chosen as a Best Book of the Year by Austenesque Reviews, Suspense Magazine, and The Romance Reviews, and The Lost Memoirs of Jane Austen was nominated as Best New Fiction by Jane Austen's Regency World Magazine and named Best First Novel of the Year by Library Journal.

Syrie was named after a character in a radio show that her mother listened to as a girl. Today, Syrie is thrilled that her name is pronounced exactly the same as Siri, the iPhone personal assistant--even if they spell the name incorrectly. :)

Two of Syrie's favorite authors are Jane Austen and Charlotte Brontë. Syrie is a life member of the Jane Austen Society of North America, where she has been known to write, produce, and perform in theatrical productions, and gives in to her Austen addiction by wearing Regency gowns of her own creation and dancing with her husband Bill at the ball.

Syrie spent many years as a screenwriter. She enjoys writing both historical and contemporary fiction, and has delved with great pleasure into the paranormal realm. She says, "Many people can't wait for the weekend to arrive. It's the opposite for me. I truly love my jam-packed weekends, but from the time I turn off the computer on Friday to the moment I'm back in my chair on Monday morning, I'm anxious to get back to the characters I left in limbo, who are just waiting for me to continue their story."

Syrie lives in southern California. When she's not reading, exercising, researching, writing, or traveling, Syrie loves to spend time with her husband and family.

I have the ebook on my TBR and am looking forward to reading it as soon as I finish the books I am in the middle of so I can concentrate on this one book. Thank you for your generous giveaway.

I have been following your book tour closely. Love all the interesting information.

Thank you Maria for hosting me again on your blog. I had a great time writing this post. Good luck to everyone who entered the giveaway. I hope you love Jane Austen's First Love. Happy Reading!

Thanks to you, Syrie. It's always such a pleasure to feature your interesting posts! And an even greater delight to read your books, of course.
Many thanks to readers and commenters from me too.

Great information. How shocking it would be to our dear Jane's sensibilities to see what women wear today. Thanks!

Thanks for sharing all this research! I adored reading more about the clothing Jane Austen would have worn. I have a penchant for historical fiction—especially from around Austen’s time :) .

I am so excited to read this book. All I have heard is wonderful things! I love when the story centers all around Jane Austen! Thanks for the giveaway!!:)

Thank you, Maria, for the paperback. I am enjoying the ebook now.

I have seen the term "mantua" in books, but never knew exactly what it was.