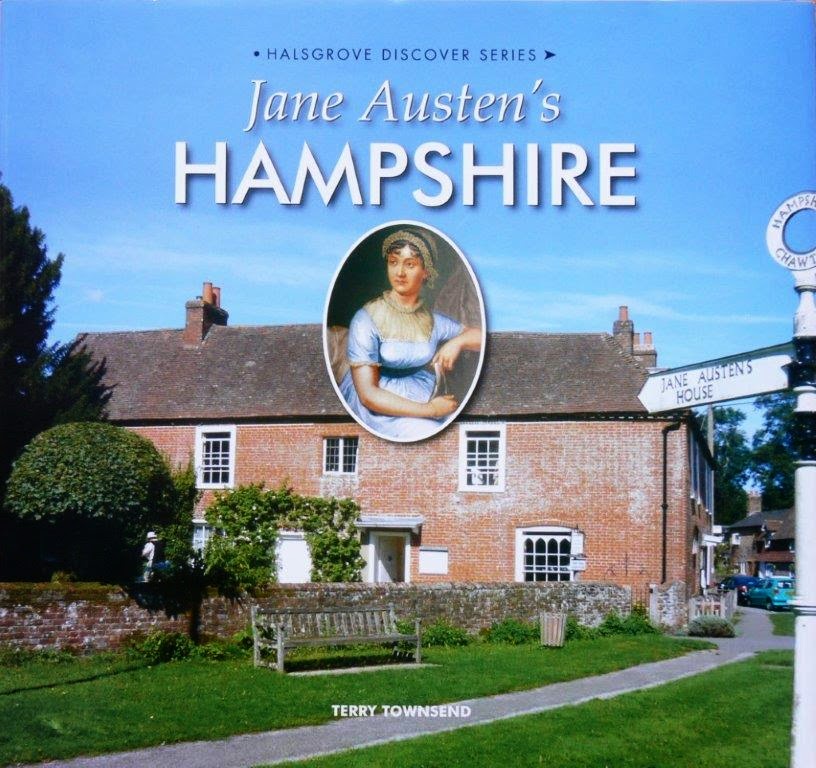 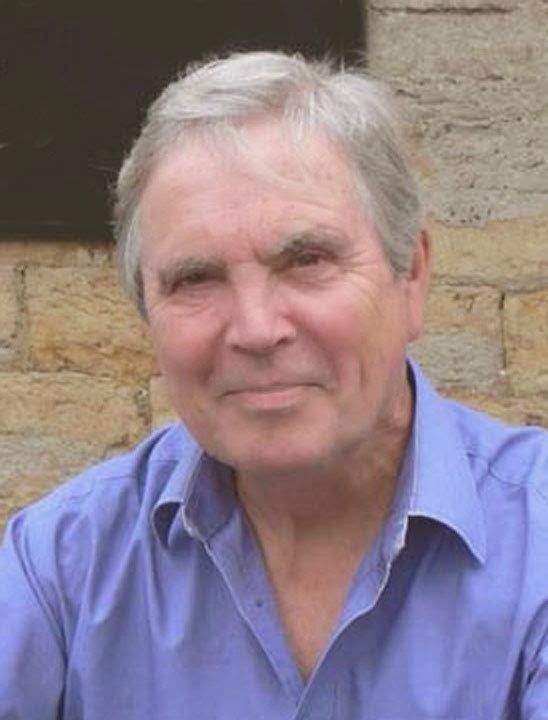 Included along the way are the great maritime cities of Southampton and Portsmouth together with the market towns where Jane shopped, the villages where she visited friends, the country parks where she strolled, the country houses where she danced and the churches where she worshipped.
For the devotee who already has a wealth of knowledge about their favourite author and her novels, ‘Jane Austen’s Hampshire’ reveals many ofthe lesser known places that wereimportant to the Austen family and their brilliant daughter.

Hello Terry and welcome at My Jane Austen Book Club. Of course I’m really curious to know what brought you  to write a  book  about Jane Austen’s places in England and that is my first question.

Curiosity. I just love to discover the places where writers lived, loved, visited and found inspiration. In Jane’s case this was of course predominently Hampshire. I looked  in vain for a guide book but there wasn’t one so I accepted that as a challenge to write one.

What do you particularly admire in Jane as a woman and as a writer?

As a woman in a man’s world she showed spirit and determination to be true to herself. As a writer, it has to be her sense of humour and her super perceptive insight into the  human condition.

Have you got any curious anecdote to share with us from your journeys in the footsteps of Jane Austen?

The one thing that was repeated over and again was the warm reception I received from perfect strangers. When I explained my mission, and mentioned Jane Austen’s name, doors were opened to me across the county.

Did you discover anything about her which particularly surprised or puzzled you?

One thing that continues to puzzle me is how a modest country spinster came to be buried inside the great Cathedral at Winchester.The inscription on her gravestone records her personal virtues and stoicism, but makes no mention of her writing. I put forward my own theory in the book.

What is the place you visited in Hampshire where you most felt Jane’s presence or which you found most interesting or touching?

This one is easy. I found Jane’s presence was palpable when sitting quietly in the twelfth-century church of St Nicholas at Steventon.

Apart from places like Steventon or Chawton, which are  well-known to any Janeite, are there any lesser popular places you visited and wrote about which were important to Jane and her family?

The old quarter of Basingstoke was a complete surprise. I was thrilled when I discovered the old Crown Inn building where many of the distinguished gentlemen she knew attended a dining club. That was second only to discovering the family home and business premises of John Ring & Sons where Jane’s father is thought to have purchased her walnut writing table and treasured writing box.
The village of Dummer where the ‘noisy’ Terry family lived was full of delights but my greatest thrill was at Overton where I located the site of the haberdashery shop run by the ‘Scotchman’ whom Jane reported had:  ‘been kind enough to rid me of some of my money, in exchange for six shifts and four pair of stockings’.

Which of her novels is the one you love best? Why?

This I find impossible to say. I could give you an answer today but it would be different tomorrow. All I can say is that when I pick up any one of the novels to re-read I am smiling even before I turn back the front cover.

This is something I often ask my guest at My Jane Austen Book Club, but I’d like to know what you think. What is the appeal of Jane Austen’s world on contemporary audience?

For myself it is the sense of unsurpassed elegance and timelessness. Jane portrays her world with such an immediacy and  freshness of style that we feel we can step into it simply by dipping in to one of her novels.

This book is part of a trilogy, can you tell us something about the other two?

The second book is ‘Jane Austen & Bath’ which will be available next spring. In a way Jane Austen and Bath are synonimous. This is her world and the beauty of it is that it can be explored on foot. The third book is ‘Jane Austen & Kent’ which will be available around this time next year. This book is much more about Jane’s family roots and her journeys across the county on visits to family and friends.

Thank you so much, Terry,  for taking the time to answer my questions. Great success with your publications and enjoy your journeys on the footsteps of Jane Austen!

‘Jane Austen’s Hampshire’ is published by Halsgrove Press and retails for £16.99 ($28.00). The Hampshire book is the first in a trilogy with ‘Jane Austen & Bath’ and ‘Jane Austen & Kent’ to follow.Each volume comprises 30,000 words and two-hundred images.
Posted by Maria Grazia at 14:35