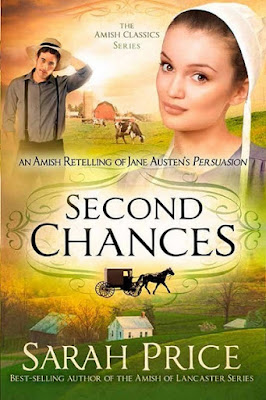 She did pine for Frederick and denied herself future courtships. When Frederick returned, her heart broke all over again only to be rewarded in the end for her steadfast devotion to the memory of their relationship from her youth.

What a fabulous love story!

And to think that it was written in the early 1800s? Even more fascinating. It did not take much persuasion on my publisher’s part to convince me to retell this story in my preferred genre, Amish romance.

Most lovers of Jane Austen’s literature might raise an eyebrow and think, “An Austen Amish romance?” However, Austen’s novels adapt quite well to the Amish setting. After all, like Austen’s high society, the Amish have a very structured hierarchy with rules, both spoken and unspoken, and expectations within their culture. A woman needs to pay attention to her reputation in order to “marry well” within the church community. And, while women are not prone to pursue men, they do have choices in which suitor they select for courtship and, eventually, marriage.

Told well, the stories transfer remarkably well to Austen’s setting. It’s a wonderful challenge for me as a writer. Not only do I need to remain true to (and respectful of!) the Amish culture and religion, I must also pay homage to the literary excellence of Jane Austen. What author would resist the opportunity to tackle such a project?

I was, after all, easily persuaded.

At twenty-five years of age, Anna Eicher has never married. When she was seventeen, her parents convinced her to break off her courtship with Freman Whittmore, the youngest son in the Whittmore family and her best friend. Afterward, a distraught Freman moved away from Lancaster County.
Eight years later Freman has returned to visit his sister, who is renting the Eichers’ house for the winter. Now the owner of the largest dairy farm in his church district, Freman has neither married—nor forgiven Anna.
Although he begins courting someone else, Anna hopes to convince him that she has never stopped loving him. Will Freman be persuaded to forgive Anna and open his heart again? 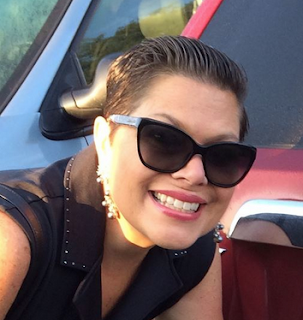 The author of more than two dozen novels, Sarah Price brings twenty-five years of experience of living among the Amish to her books, many of which have been Amazon Top 100 Bestsellers. In 2013, she signed with Realms, a division of Charisma House, to publish the Amish Classics series. Initially focusing on the retelling of Jane Austen’s timeless classics from within an Amish setting, her first traditionally published book, First Impressions, A Retelling of Pride & Prejudice, debuted on the ECPA bestseller list.
She intends to continue retelling classics, including the Bronte sisters and Victor Hugo, as she enjoys “raising the bar” on her own intellectual stimulation as well as that of her expansive base of loyal readers.
In 2014, she signed with Waterfall Press and published An Amish Buggy Ride which became a #1 bestseller in Religious Romance.

a Rafflecopter giveaway
Posted by Maria Grazia at 17:38

Love the blog. The book looks good to.

I've never read any Austen books, but have friends who love them. Would be interested to read this twist on one of her stories!
Thanks for the give-away!

I have just recently read to of Sarah's Austen books and reviewed them. They were great. I would totally love to win this one! sonja dot nishimoto at gmail dot com

I really fancy reading these stories. Thanks for the post and giveaway.

There aren't as many Persuasion re-tellings as there ought to be! This one sounds particularly interesting. Thanks for the blog post and giveaway, ladies!

I agree with Anji. Most of the published works focus more on P&P rather than Persuasion. I hope this will change in time. Anyway, thanks for the opportunity to win the book.

Amish retelling of Austen, yes please! I think it would be an interesting twist and a fun read! Thank you for the chance to win a copy of "Second Chances"

Looking forward to more "Persuasion" stories. Not enough of them. I'd love to win this book. Thanks for the giveaway.

"Persuasion" is the most romantic and heartbreaking story I have ever read, and I'm never tired of it!
I'd love to read an Amish version of Anne and Captain Wentworth's novel!

I want to read variations about Persuasion!! I have mainly read about Pride and Prejudice.
Thanks for doing the giveaway!

Jane Austen Retellings <3 And, this is a really original twist on the typical Amish romance. This book looks amazing <3 <3