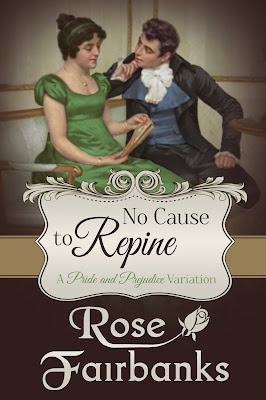 When a simple accident is misinterpreted and threatens Elizabeth Bennet's reputation, her fate seems sealed as Fitzwilliam Darcy's wife. While the bride is resigned, the gentleman could hardly be happier until betrayals and schemes threaten to entirely take the matter out of their hands. Overcoming the plots before them will take all the patience, perseverance and collaboration they can muster, but a partnership requires truth. Self-discovery and trust await Jane Austen's most beloved and willfully blind couple as they attempt to master their own destiny in life and love.
Check it out on Amazon.com
Read an excerpt
George Wickham exited the back of the Meryton butcher shop, after sampling the feminine wares of Mary King once more. Making his way around the alley to the storefront, a sweating and heaving Mr. Collins approached him.
With a deep bow, Mr. Collins began, “Good day, Mr. Wickham. I must humbly request to have a word with you of the utmost urgency. I was sent on a mission by one of the most illustrious personages of the land, my esteemed benefactress, and I am sure you would rather do anything than risk her displeasure. But of course, you would not, being such an honourable man yourself, defending our country and wearing the King’s uniform.”
At first, Wickham eyed the parson with annoyance. When Collins mentioned his benefactress, Wickham realised Lady Catherine must have some new communication for him. Knowing it to be the time of Darcy’s annual visit to Rosings and that Elizabeth Bennet visited this ridiculous vicar’s wife, Wickham’s mind began to race with possibilities he had first supposed several weeks ago. Clever and opportunistic, Wickham excelled at anticipating the need for his services.


From the accounting he had heard of Darcy’s time in Hertfordshire, mostly from Elizabeth, his old friend Darcy had done nothing but make a fine mess for himself in the eyes of the woman he admired. Wickham quickly had been able to discern Darcy’s feelings for the lady, even on the street.
It had been many years, but Wickham still remembered the signs of Darcy’s admiration for the former Miss Julia Middleton, the younger sister of a Cambridge classmate. Darcy had attempted to be nonchalant the day he approached the Bennet sisters in Meryton. Wickham noticed the change in his demeanour, such as the way he gripped the reins of his horse and his attempt to not make eye contact with the ladies. Wickham had made a fortune out of understanding the subtly displayed emotions of the Darcys, and so it would continue.
Wickham easily noted that when Darcy observed him conversing with Elizabeth, who was obvious in her appreciation of his amiable manners and handsome face, his favourite source of money had turned white in anger and jealousy. Darcy reacted similarly with Miss Middleton many years ago. This time, Wickham did not intend to seduce the object of Darcy’s admiration; he would rather have money, and Miss Elizabeth was no foolish girl of sixteen. Wickham had nearly effortlessly confirmed Darcy’s love for the second eldest Miss Bennet through subtle investigation. He had heard tales of Darcy insulting her, a refused offer to dance, debates and arguments, and finally of him dancing only with her at the Netherfield Ball.
During his investigation, Wickham had learned that many in Hertfordshire viewed his adversary as repulsively proud. It had been satisfying to find so many readily predisposed to dislike his enemy, but it was most pleasing to harm Elizabeth’s opinion of Darcy. She seemed so ready to find fault with Darcy and believe the claims of a stranger that Wickham wondered how true her dislike for the man was. She might protest too much. That possibility held even more promise than the pleasure of destroying Darcy’s reputation. When he had heard of Elizabeth’s plans to travel to Kent and perceived the likelihood of her meeting Darcy again, he waited in anticipation for any news of interest.
Darcy might be trained to be a true gentleman and perform his duty unquestionably, but the very fact that he admired the relatively impoverished and impertinent lady betrayed to Wickham the depth of Darcy’s feelings. The woman had nothing but her charms to recommend her, and Wickham had always considered that Darcy’s greatest weakness was valuing character over concerns of wealth and consequence. If he had materialistic values, then he could have exposed Wickham long ago and kept a small fortune. Instead, Darcy’s honour demanded he protect his family’s name, and his deference to his father’s memory had made it easy for Wickham to continue to prey upon his former playmate. 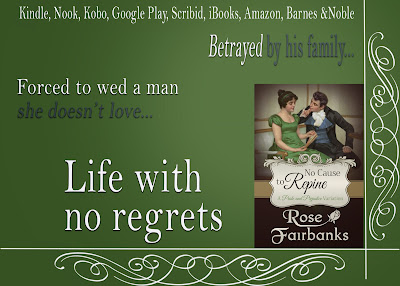 Wickham alone knew how deeply Fitzwilliam Darcy could feel things and the constancy of his affection. He doubted Darcy could deny his great feelings for the lady if in her company once more, and he had known his former friend always to get what he wanted. Wickham was rapidly coming to the conclusion that an offer had been made and accepted, which had greatly displeased Darcy’s aunt, and her parson was sent to communicate on her behalf. But where were Darcy and Miss Elizabeth?  How interesting that they should not be here, and yet Mr. Collins was.
As usual, he was able to maintain his innocently charming façade. “Good day, Mr. Collins. I am surprised to see you in the country, sir. I pray all is well at Rosings?”
“You are too good to ask, sir! But of course, her ladyship and Miss de Bourgh were in the best of health when I left. Though perhaps not of the best of tempers…”
Wickham knew he must not let the man ramble on if he wanted to gain information that Lady Catherine would otherwise withhold from him. “And your wife is in good health?  Has she remained in Kent with her guests?”
“You honour me with your mindfulness. Yes, my dear Charlotte is in the best of health. She and my sister, Maria, have travelled with me.”
Wickham’s suspicious grew, but he said with affected calmness, “I am glad to hear it. I hope you had safe travels. It was very gracious of you to alter your schedule to convey Miss Elizabeth home, or was it to London?”
Collins grew red and exclaimed loudly, “I most certainly did not convey her anywhere! Lady Catherine gave me the strictest instructions to…”
Wickham quickly realised he must interrupt again, lest Collins despoil all of his plans. It would do no good for him if Darcy’s engagement was publicly declared on the streets of Meryton while Lady Catherine obviously had some scheme to prevent its existence.
Grabbing Collins by the elbow and dragging him away from the storefront, Wickham hissed, “Mr. Collins, calm yourself. Lady Catherine would not want you to cause a scene. You must fulfil your mission.”
Mr. Collins calmed immediately. “Oh, thank you most profoundly, sir. I could never disappoint her again. You are quite right. May I have a word with you?”
Nodding and smiling sincerely, Wickham glanced across the street. “Certainly. Let us make our way to the tavern for our conversation.”
An hour later found a slightly inebriated Mr. Collins and a very satisfied Mr. Wickham leaving the tavern. They walked together until Lucas Lodge, and then Wickham headed off in the direction of Longbourn with a smug smile on his lips. This plan would be his coup de grace against Fitzwilliam Darcy.

Rose Fairbanks fell in love with Mr. Fitzwilliam Darcy twelve years ago. Coincidentally, or perhaps not, she also met her real life Mr. Darcy twelve years ago. They had their series of missteps, just like Elizabeth and Darcy, but are now teaching the admiring multitude what happiness in marriage really looks like and have been blessed with two children, a four year old son and a one year old daughter.

Rose has a degree in history and hopes to one day finish her MA in Modern Europe and will focus on the Regency Era in Great Britain. For now, she gets to satiate her love of research, Pride and Prejudice, reading and writing....and the only thing she has to sacrifice is sleep!

She proudly admits to her Darcy obsession, addictions to reading, chocolate and sweet tea, is always in the mood for a good debate and dearly loves to laugh.

a Rafflecopter giveaway
Posted by Maria Grazia at 22:55

That's new for Wickham and Collins to be more than bowing acquainances.

Another wonderful excerpt to tempt us. An interesting pair to have a connection. Hmmmm....intriguing! Thank you for the giveaway.

Yes, that excerpt makes me want to have it in my hands...now!

Ooh nasty! Two of the people we love to hate most (three if you include Lady C) are in cahoots attempting to conspire against our favourite couple. I want to know how it works out right now!

This could be one exceptional book. Some characters to keep the storyline in a very esciting frame of mind!

Thanks for having me, Maria!

In this story there is a common connection between Wickham and Mr. Collins. But not everyone may want to play the roles handed out to them!

Thanks for the giveaway!!!

I have enjoyed other books by Rose and this one looks to be just as good. Can't wait to read more! Thanks for the giveaway!

Thanks for commenting Wendy and Danielle. Good luck in the giveaway!