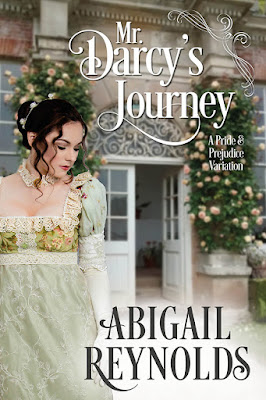 She sighed theatrically. “And never said a word of it to me, naturally! Well, sit down. It is only a simple family dinner, so I hope you will not be disappointed. Though I do not see why you would be, since you have always preferred that. Frye, there will be one more for dinner.”
“Yes, your ladyship.” The butler bowed and disappeared.
Something was odd. Why had Lord Matlock insisted on his presence? “I hope he knows better than to bring up the question of my running for Parliament again.” It had been a bone of contention between them for years, but he had thought it finally settled.
“He has not mentioned it to me recently. I cannot blame him for hoping you might follow in his footsteps. He has worked so hard to influence the government and wishes for someone to carry on his legacy, but none of his own sons are suited for politics.”
“Just because I can manage to disagree with someone without resorting to fists or swords does not make me a good prospect for Parliament! You know how often I manage to offend people without any intention of doing so. How could I possibly sway anyone’s opinion?”
“I agree, my dear, and I believe he has accepted that. This may be something else completely.”
True to form, nothing was said until the first remove of dinner was served. Then Lord Matlock cleared his throat, always a signal, and everyone turned their faces to him.
“Darcy,” said Lord Matlock. “My wife and Frederica will accompany you and Richard to Rosings next week.”
Lady Matlock’s eyebrows rose slightly, but that was the only evidence she had been unaware of this. “To Rosings?”
The Earl glowered at her. “Did you have difficulty hearing me?”
“Of course not, my dear.”
Frederica looked as if she might burst. “Not Rosings, I pray you! I cannot bear Lady Catherine and Anne.”
Sometimes Lord Matlock had a soft spot for his daughter, but this was apparently not one of those moments. He did speak more gently, though. “I am not offering you a choice.”
“But why?”
Her father ignored her completely. Darcy exchanged a concerned glance with Richard. Lord Matlock rarely gave his family commands, but on the occasions he did, he was immovable.
Frederica slumped in her chair, all animation gone from her face.
“Lovely!” said Richard brightly. “It will be cheering to have your companionship. There will be plenty of room for all of us in Darcy’s coach, will there not?”
“Of course.” As if he were likely to have a traveling coach which could not seat four people! “It will be my honor to escort your wife and daughter, your lordship.” Even if he did not particularly appreciate the way Lord Matlock had forced his family’s hand in the matter.
“You will take my coach and coachmen.” It was not a question.
Frederica, without even asking to be excused, bolted from the room, leaving silence behind her.
Finally, as if nothing out of the usual had occurred, Lady Matlock said, “How delightful the salmon is tonight. Do try some, Darcy.”

***
Frederica paced in front of the dark bookcases in the library. “But why is Aunt Catherine so angry at me? I have done nothing. She replied to my letter at Christmastime with pages of advice, but perfectly civilly. I sent Anne a netted purse for her birthday, and it was one of the best I have ever made, not that I received a word of thanks in reply. And I could not have done anything to upset her on this visit since she was furious with me as soon as I stepped in the door!”
Richard lounged in a deep leather chair. “If you ask us that a dozen more times, Freddie, perhaps we will magically discover an answer for you. For now, I am as much in the dark as you.”
“And I am in almost as great disfavor as you,” said Darcy. “Normally she fusses over me.”
Richard snorted. “Only because she wants you to marry Anne. Of course, the worst part of marrying Anne would be turning your aunt into your mother-in-law.”
“Have no fear. I have no intention of marrying Anne, or any other woman for that matter.” But the image of a pair of fine eyes danced before him. He would see Elizabeth soon.
“The young ladies of London will be bereft,” Frederica teased. “You have raised their hopes by asking them to dance.”
It seemed foolish to point out he had done it for her sake, rather than out of any desire to dance with a series of dull young ladies, each one more witless than the last. How much longer would the countess expect him to put on this performance? If Frederica’s popularity was not ensured by now, there was no hope he could fix it.  “I have never danced with anyone but you more than once. They should know what that means.”
“They can still hope. And I hope there will be refreshments for tea, as I could hardly eat a bite of breakfast with Aunt Catherine glowering at me the entire time.”
“It disappeared from your plate magically, then,” Richard said with a grin. His sister’s healthy appetite was famous.
“How can I manage to stay out of her sight? It is too cold for a long ride, and there is nowhere to go.”
“Darcy, what of your friends from Hertfordshire?” asked Richard. “We could call on them, even if Aunt Catherine does think them beneath your notice. As long as they have a warm fire and no one scolding us, I for one will like them very well indeed. Especially if either of them is pretty. I could use a pretty girl to look at.”
“If you wish.” Darcy endeavored to show no reaction, either the pleasure coursing through his veins at the excuse to see Elizabeth sooner than he had expected, or the instant fury at Richard for even daring to consider admiring her.
“Oh, do let us go, then!” Frederica tugged at his sleeve as if she intended to drag him all the way to the parsonage. “Or Aunt Catherine might discover our plan and lock us all in the dungeons.”
“There are no dungeons at Rosings Park,” Darcy said.
“I beg to differ,” said Frederica feelingly. “The entire place is a dungeon.”

Abigail Reynolds may be a nationally bestselling author and a physician, but she can’t follow a straight line with a ruler. Originally from upstate New York, she studied Russian and theater at Bryn Mawr College and marine biology at the Marine Biological Laboratory in Woods Hole. After a stint in performing arts administration, she decided to attend medical school, and took up writing as a hobby during her years as a physician in private practice.

A life-long lover of Jane Austen’s novels, Abigail began writing variations on Pride & Prejudice in 2001, then expanded her repertoire to include a series of novels set on her beloved Cape Cod. Her most recent releases are Mr. Darcy’s Journey, the national bestsellers Alone with Mr. Darcy and Mr. Darcy’s Noble Connections, The Darcys of Derbyshire, and Mr. Darcy’s Refuge. She is currently working on a new Pemberley Variation and the next novel in her Cape Cod series. Her books have been translated into five languages. A lifetime member of the Jane Austen Society of North America, she lives on Cape Cod with her husband, her son and a menagerie of animals. Her hobbies do not include sleeping or cleaning her house.

a Rafflecopter giveaway
Posted by Maria Grazia at 18:19

Can't wait to read it!

I have bought it on Amazon.it and it is wonderful!!!

I wonder what kind of friendship will come of Col Fitzwilliam's sister & Elizabeth?

A new Abigail Reynolds book - how exciting! Now who wouldn't want to win a copy?!

wow, the book seems to be very interesting :)

I love seeing Rosings compared to a dungeon....will the Colonel become a rival for Elizabeth? What an enticing excerpt....an appetizer before dinner.

Definitely on my Must-Read list. Stories with our favourite P&P characters interwoven into actual historical events are amongst my favourites. Thank you for this excerpt and the giveaway!

Definitely looking forward to reading it!

Love your books, can't wait to read this one!

loved the line about Rosings being a dungeon! Sounds like a fabulous read!

I love the cover's background!

The excerpt has me hooked!

I need all the luck!!

Love the excerpt. A must read for me!

I'm really looking forward to reading this one and I love all of Abigail's books. Jen Red