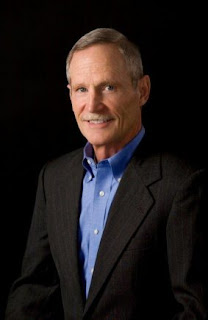 Through the years, I kept asking myself: What would have happened if Jane Austen had been able to put her talents toward the serious issues of life after marriage? What if she had been able to write directly about some of the big social issues of the day? What if she herself had faced the good and bad of married life, as most women of that era did? How would all that come together in a story involving a man very much her equal—though unsuitable, perhaps, to her family.

At this time, I was well versed in general Regency history, and quite familiar with Austen’s works, but not her biography. When I dived into that, I realized I could combine her personal history with Regency life in a way that stayed true to what we know of her while also immersing her in the big events of the day—not to mention a meaningful love affair.

Yet mightn’t readers be hesitant to accept your premise? After all, we know Jane Austen never married.

Actually, we don’t know that. Jane’s life is well-documented from 1796 (when her extant letters begin) until about 1801 and again from 1809 on, when she moved to Chawton and began to write full time. But her mid-twenties are a virtual blank. Her sister, Cassandra, destroyed her letters from this time along with any journals she might have kept. Other relatives destroyed huge troves of her correspondence after her death. Where we have 10-12 letters a year from other periods, we have only 13 letters from this 7-8-year stretch, most of them inconsequential.

This period includes the almost mythical courtship at a Devonshire beach resort, in which Jane meets a shadowy man, falls in love, expects a proposal—then learns the man has died. This is not mentioned by Cassandra, however, until more than a quarter of a century later with no details. It’s also the time of the purported proposal by Harris Bigg-Wither, but this 1802 proposal, which Jane supposedly accepted and then recanted overnight, is not mentioned until 1870—68 years after it happened—by a niece who had not even been born when it supposedly occurred! Biographers have faithfully recorded both stories, yet the provenance of both is murky at best.

While her prim and proper Victorian relatives were happy to claim that Jane was never involved in any serious relationship—just as they falsely claimed Jane would never write for money—author Virginia Woolf perceptively asserted that Persuasion proved that Austen had loved ardently and by 1817, the year of her death, did not care who knew. I am on Woolf’s side.

I believe it’s very likely that sometime in her life Austen had a serious relationship. Beyond courtship—or at least, beyond flirtation. There have always been rumors of a tragic or failed relationship. The murky stories likely contain some truth—but perhaps misdirection, as well. The period 1802-1809 seems very likely a time. By now, she’s not a young, naïve girl. She’s 26 moving toward her 30s.

My work is fiction, but it’s grounded on very likely circumstances. Everything I write about her life is consistent with what we know, or it parallels actions that have poor provenance. And it treats her—and the marriage—with the respect they deserve. If you assume her sister or her nieces and nephews were happy to lose an unusual or scandalous relationship in the mists of time, then what I have written is very plausible.

You mention a literature professor, but your career was mostly in high tech, and your previous books have been nonfiction works on business and science. How did you end up writing about Jane Austen?

I started out to be a scientist, shifted to English literature, and worked for newspapers as they began to adopt computers. This led me into the high-tech world and eventually books on technology, corporate culture, and the brain. But I remained a literature and history nerd at heart. Austen would have loved the irony: An unemployable English major goes off to seek his fortune, returning years later to his original love. Something like Captain Wentworth in Persuasion.

Your trilogy is now complete. Any other Austen projects at hand?

I researched these books—which in my head are one long three-volume novel—for 11 years. It took about four and a half years to write them. The amount of research would lend itself to a possible nonfiction book on the times or possibly some essays on her writing craft. I also have in mind another fiction book involving the Austen family, but that would take another year of two or research. I need to let the neurons recuperate before I tackle that. 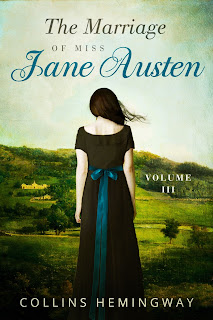 A new instalment in the Jane Austen Saga - Vol. III

In the moving conclusion to The Marriage of Miss Jane Austen, Jane and her husband struggle with the serious illness of their son, confront a bitter relationship with the aristocratic family who were once their friends, and face the horrific prospect of war when the British Army falters on the continent. The momentous events of the Napoleonic wars and the agonizing trials of their personal lives take Jane and Ashton to a decision that will decide their fate—and her future—once and for all.

Collins Hemingway’s lifetime of writing experience, coupled with his passion for literature, history and science, enables him to create complete, sharply drawn characters engaged in the complex and often dangerous world in which they have a stake. His fiction is shaped by the language of the heart and an abiding regard for courage in the face of adversity.
In addition to historical fiction, he has authored five books of nonfiction on business, science, and technology, and award-winning journalism.

I really appreciated the question and answers. I can now understand why Mr. Hemingway could write the book about Jane Austen's marriage and how it could be based on valid supposition. I have alot to think about! Thank you for the interview and giveaway.

Wonderful interview. Definitely does make wonder about Jane’s life. Although I don’t think a marriage occurred, I fervently believe she fell deeply in love at one point.

Thanks for a wonderful interview, very insightful! I have all three volumes so please don't enter me in the giveaway. :-)

Congratulations to Collins Hemingway on the completion of the trilogy!! That sounds like a lot of fascinating research. Thanks for giving us this interview.