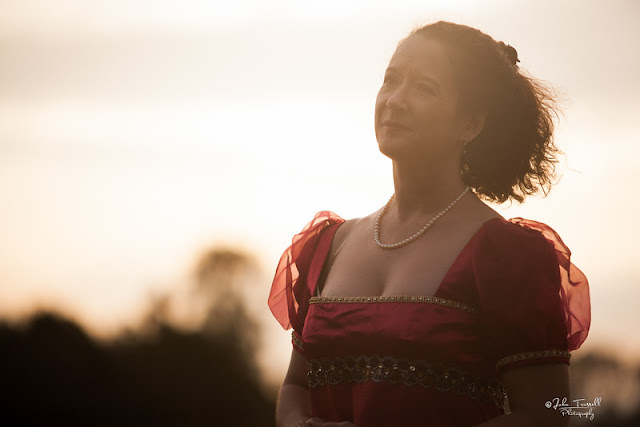 One of my favorite things about writing historical pieces is ‘dressing the set’ as it were with period accurate details. I am often surprised at how the more things change the more they stay the same. Perusing period cookbooks brings this to mind all the time.
I don’t know if you’ve ever heard of the modern Tur-duck-en, a turkey stuffed with a duck stuffed with a chicken—yeah that’s a thing, really—but it is not nearly as modern as it might first seem.  Apparently the wealthy could have enjoyed a similar dish during Regency times, called a Yorkshire pie.
Hannah Glasse, in her best-selling The Art of Cookery made Plain and Easy (1774), offers this recipe. 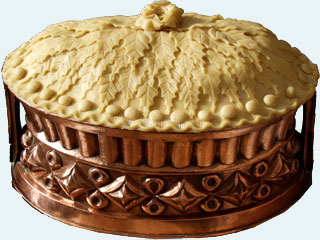 FIRST make a good standing crust, let the wall and bottom be very thick; bone a turkey, a goose, a fowl, a partridge, and a pigeon, Season them all very well, take half an ounce of mace, half an ounce of nutmegs, a quarter of an ounce of cloves, and half an ounce of black-pepper, all beat fine together, two large spoonfuls of salt, and then mix them together. Open the fowls all down the back, and bone them; first the pigeon, then the partridge; cover them; then the fowls then the goose, and then the turkey, which must be large; season them all well first, and lay them in the crust, so as it, will look only like a whole turkey; then have a hare ready cased, and wiped with a clean cloth. Cut it to pieces, that is, joint it; season it, and lay it as close as you can on one side; on the other side woodcocks, moor game, and what sort of wild-fowl you can get. Season them well, and lay them close; put at least four pounds of butter into the pie, then lay on your lid, which must be a very thick one, and let it be well baked. It must have a very hot oven, and will bake at least four hours. This crust will take a bushel of flour. In this chapter you will see how to make it. These pies are often sent to London in a box, as presents; therefore, the walls must be well built.

(I always feel a little out of breath reading her recipes, since it seemed periods were in short supply during her day and commas had to suffice for most uses, but I digress.)  Four pounds of butter and a bushel of flour for the crust. Mind boggling isn’t it?
Sometimes, after the pie cooled, a hot aspic sauce, calves’ foot jelly or similar jellied sauce was poured into the pie using a funnel. The pie would be allowed to cool again and ultimately be served cold.  The actual meats used could variety depending on what was available to the cook, including game, veal, bacon, even truffles might find their way into a pie.
Special game pie dishes were mass produced by pottery houses, including Wedgewood. The dishes had an inner liner to hold the pie and an ornamental cover for presenting it at table. These were especially popular during the Regency years when the Napoleonic wars caused shortages of wheat for the pie crusts. Pies cooked in these dishes needed much less crust.
I wonder if the Bennets would have served such a thing at their table for Christmas dinner. Speaking of the Bennets, take a peek at what’s going on with them in Darcy and Elizabeth: Christmas 1811.


"I cannot believe … if he should ever …” If only she would enunciate more clearly whilst she talked to herself!
He held his breath and closed his eyes.
“Why must Mama push so hard and insist on what she truly does not understand? I know why she thinks it a good thing, but so soon? How can she think she knows his character? It certainly is not the same thing as knowing his position. How am I to convince her only a fool rushes into an alliance, no matter how ideal it seems?”
She cast the branch aside and stalked away.

So, Miss Elizabeth saw it too. The insidious matchmaking attempts by her mother, and she agreed no good would come of them. She wanted to see her sister separated from Bingley.

Perhaps she might never know of it, but he would perform this service for his friend and for her. On the morrow they would be off to London and make sure Bingley never returned to Netherfield. 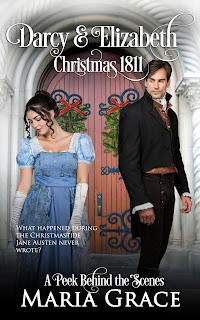 Jane Austen never wrote the details of Christmastide 1811. What might have happened during those intriguing months?

Following the Netherfield ball, Darcy persuades Bingley to leave Netherfield Park in favor of London to avoid the match-making machinations of Mrs. Bennet. Surely, the distractions of town will help Bingley forget the attractions of Miss Jane Bennet. But Bingley is not the only one who needs to forget. All Darcy wants this Christmastide is to forget another Miss Bennet.

Can the diversions of London help Darcy overcome memories of the fine eyes and pert opinions of a certain Hertfordshire miss?

Without the Bingleys, the Bennets are left to the company of Mr. Collins and the militia officers—entirely suitable company, according Mrs. Bennet. Elizabeth disagrees, refusing an offer of marriage from the very eligible Mr. Collins. Mama’s nerves suffer horridly until Elizabeth follows her advice to make the most of the officers’ company.

Even Mr. Bennet seems to agree. So, whilst Jane pines for Bingley, Elizabeth admits the attentions of one agreeable Lt. Wickham. What possible harm can it cause, especially when her parents are so pleased? 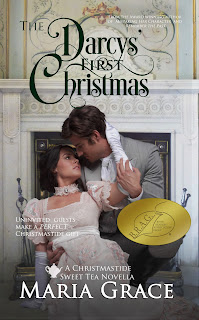 Elizabeth anxiously anticipates her new duties as mistress of Pemberley. Darcy is confident of her success, but she cannot bring herself to share his optimism.

Unexpected guests unsettle all her plans and offer her the perfect Christmastide gift, shattered confidence.

Can she and Darcy overcome their misunderstandings and salvage their first Christmastide together?

From the award winning author of Given Good Principles, Remember the Past and Mistaking Her Character, Sweet Tea short stories offer the perfect bite to transport readers back to the Regency era for the first days of new love.

From Admiration to Love 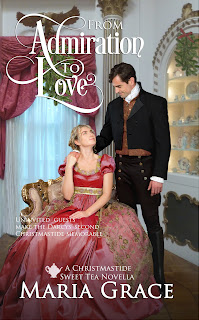 After the debacle of the previous holiday season, Darcy and Elizabeth joyfully anticipate Christmastide 1813, Georgiana’s come out at Pemberley’s Twelfth Night Ball culminating the season. With months of planning behind the event, even Lady Matlock is satisfied and sends Colonel Fitzwilliam to represent the family, assuring there will be no repeat of the previous Christmastide.

On St. Nicholas’, Anne de Bourgh and Lady Catherine arrive on Pemberley’s doorstep—never a good sign—demanding sanctuary against the de Bourghs who (according the Lady Catherine) are trying to retake Rosings Park for their family with plans to seduce and marry Anne. Needless to say, Darcy and Fitzwilliam are skeptical.

From the award winning author of Given Good Principles, Remember the Past and Mistaking Her Character, Sweet Tea short stories offer the perfect bite to transport readers back to the Regency era for the first days of new love. 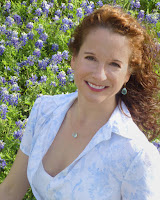 Though Maria Grace has been writing fiction since she was ten years old, those early efforts happily reside in a file drawer and are unlikely to see the light of day again, for which many are grateful. After penning five file-drawer novels in high school, she took a break from writing to pursue college and earn her doctorate in Educational Psychology. After 16 years of university teaching, she returned to her first love, fiction writing.

She can be contacted at:

a Rafflecopter giveaway
Posted by Maria Grazia at 15:31

As someone who dislikes turkey, chicken etc I could never make or even eat such a thing as a Yorkshire Christmas-Pie

I'm vegetarian, but I'd be interested in a veg-friendly version of a traditional Christmas pie (maybe substituting portobello mushrooms?). Were there any vegetarians in Jane Austen's day? What about Lent recipes, I'm sure they gave up meat for Lent didn't they?

They all sound like wonderful books--loved the excerpt and blurbs.

I don't have enough of a writer's imagination to guess or predict what might have happened during that time. I Would love to have found out thought!

After reading the recipe, I have a greater appreciation for the cooks of regency times as that sounds like much more work than I would be willing to do and I thought preparing the turkey for Thanksgiving was a challenge. Thanks for sharing the recipe and the excerpts/blurbs. The books sound great.

I think these books would be a wonderful way to spend reading during the Christmas and New Year season as it leads up to Twelfth Night.

What a fabulous pie, can totally picture it at the Darcy’s table during that special time of year :)

Yay, more books to add to my TBR list! It's getting bigger every day!

This is extremely helpful info!! Very good work. It is very interesting to learn and easy to understood. Thank you for giving information. Please let us know and more information get post to link.

I'm always having trouble reading recipes from old cookbooks as they don't give much details on the steps that need to be done. I find the excerpt enthralling. It's never a good sign to eavesdrop on a conversation (even if she is talking to herself) and then presume to know what it means. Can't wait to read Maria's books.

I like to learn more about the food Jane Austen’s characters might have eaten. Although I sometimes can’t help but remember how unsanitary it all must have been!

It is really a great and useful piece of info. I’m glad that you shared this helpful info with us. Please keep us informed like this. Thank you for sharing.
Web design company in chennai


This blog was very useful for me waiting for more blog.