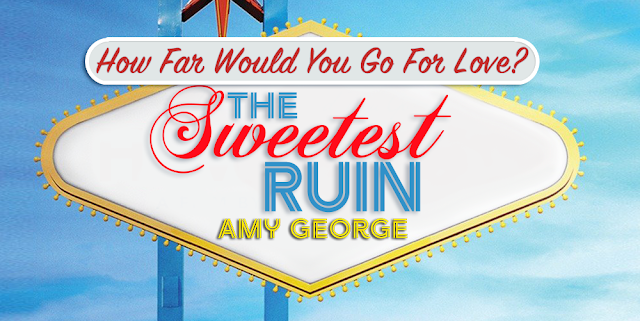 Good morning, Maria Grazia! Thank you for hosting me at your blog, My Jane Austen Book Club. It’s a pleasure to be here to share an excerpt with your readers from my latest JAFF release, “The Sweetest Ruin,” which is a “Pride & Prejudice” modernization that’s set in Las Vegas, Nevada and London, England.

This excerpt takes place after a certain couple has spent some time together getting to know one another, wink, wink. I hope your readers enjoy this sneak peek into “The Sweetest Ruin...”


A sound at the door woke her much later, it's irritating buzz so obnoxious Elizabeth could hardly think of it as a doorbell. The buzzing was interspersed with frantic rapping, and sighing, she looked over at her sleeping husband and gently untangled her body from his greedy grasp. She grabbed her blue silk robe, the one Thad had brought her from China because it matched her eyes exactly, and was still tying it when she looked through the peephole.

There stood Thad, his hands on his hips, impatiently glaring at the door. He reached for the buzzer again, and to stop him, Elizabeth opened the door just a little.

He huffed. "Nobody. Did you forget?"

Rolling his eyes, Thad tried to open the door, but Elizabeth remained firmly behind it. He gave her a quizzical look.

Thad straightened up and his lips smashed into a grim, straight line. "The three of us were supposed to go to Helen and Tommy's wedding, but now we'll barely make the reception."

"I didn't want to go anyway," Elizabeth muttered petulantly. "I don't like Helen."

"That isn't the point. One of the best places to meet guys is at a wedding, and you’re going."

Elizabeth audibly gulped and Thad's eyes narrowed. He inhaled deeply then suddenly barreled into Elizabeth's apartment, nearly knocking her to the floor. His finger came up and he shook it at her.

"Don't try to deny it! You absolutely reek of it!" Thad started toward her bedroom, but Elizabeth grabbed his arm. Grinning, he tried to shake her off. In a stage whisper he said, "Is he still in there?"

"Thad, I think you need to leave now. He's asleep and I don't want you to wake him."

"Is there a problem, darling?"

Thad froze, his eyes growing wide. "You banged an Englishman last night? How hot is that? He's got a voice like Alan Rickman!" 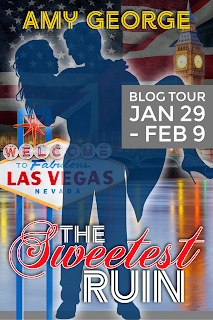 When William Darcy suffers a sudden health crisis, he immediately realizes two things: his sister will continue to nag him about his nonexistent social life, and he won’t stand for it. How can he possibly escape Georgiana’s good intentions or the watchful gaze of Aunt Catherine, his assigned babysitter?
Cue a midnight getaway to the tackiest place he can think of. Lounge singers, booze, and women of loose moral fiber -  Las Vegas, here he comes!
Elizabeth Bennet lives a quiet life as a UNLV student and a popular cocktail waitress in one of the nicer casinos in town. Though content to see her best friend, Thad, in a blissfully happy relationship, she has no desire to complicate her own life with what will undoubtedly result in a broken heart. Then she serves a drink to a devastatingly handsome Englishman, and all bets, as they say, are off. This is a modern what-if of Jane Austen’s Pride & Prejudice. (It is intended for an adult audience) 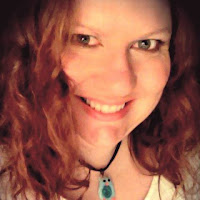 "Amy George is a middle-aged woman who got rid of her old lady/grown up and has since purchased an unreasonably small car. She refuses to listen to its radio at a reasonable volume, especially when the Beastie Boys or the Violent Femmes are playing. She lives in a small town in the Midwest where the bookstore and yarn shop are neighbors and most food is fried. Her household consists of a dog, a man, a hermit, and stubborn soap scum.
She has been writing since she was a child and ran the Hyacinth Gardens, a popular but defunct JAFF site."
Fun fact: Amy's birthday is January 30th so this is like a big birthday party.

Oh Amy, you had me at "He's got a voice like Alan Rickman!"

Now I simply have to read the rest of this book! Thanks for the excerpt and see you on the next leg of the tour.

Happy birthday, Amy! I hope the blog tour has been fun so far.

Thank you all so much for the well wishes! The tour has been fun so far. I can't wait for you to enjoy this book!

Happy birthday, Amy!! I hope your tour is adding to your birthday celebration in a fun way!!

Thanks for helping up on the tour, Maria!!


This is so informative blog and i have used this 5 minutes thing very useful too happy with this blog........
SAP FICO Training in Chennai

i have really enjoyed sharing your website. thank you so much for

This is so informative blog and i have used this 5 minutes thing very useful too happy with this blog........
SAP FICO Training in Chennai

Its really very useful topic. Thanks for sharing this information...

Well somehow I got to read lots of articles on your blog. It’s amazing how interesting it is for me to visit you very often.

hello sir,
thanks for giving that type of information.
best digital marketing company in delhi
HP DesignJet T520 In india

Thanks for sharing informative article. Asperina Technosoft is leading web development company offering professional service to customers across the globe at affordable price. Follow us at Facebook.

When I initially commented, I clicked the “Notify me when new comments are added” checkbox and now each time a comment is added I get several emails with the same comment. Is there any way you can remove people from that service? Thanks.
Amazon Web Services Training in Pune | Best AWS Training in Pune
AWS Online Training | Online AWS Certification Course - Gangboard
Top 110 AWS Interview Question and Answers | Advanced AWS interview Questions and Answers – AWS jobs

Thanks for giving great kind of information. So useful and practical for me. Thanks for your excellent blog, nice work keep it up thanks for sharing the knowledge.
home interior designer in noida

I think this is the best article today about the future technology. Thanks for taking your own time to discuss this topic, I feel happy about that curiosity has increased to learn more about this topic. Artificial Intelligence Training in Bangalore. Keep sharing your information regularly for my future reference.

Looking to add extra style to your content, make use of our strikethrough Text Generator to add amazing line through text in desired platform. Strikethrough in Google Docs.

BSNL Speed Test:- Today the high-speed internet is considered as the most important requirement of an internet connection. It ensure comfort Bsnl speedtest.

I feel happy about and learning more about this topic. keep sharing your information regularly for my future reference. This content creates new hope and inspiration within me. Thanks for sharing an article like this. the information which you have provided is better than another blog.
IELTS Coaching in Dwarka

Usually I never comment on blogs but your article is so convincing that I never stop myself to say something about it. You’re doing a great job Man,Keep it up.
Study in New Zealand Consultants in Delhi

Nice Blog. the blog is really impressive.every concept of this explained very neatly.

This is most informative and also this post most user friendly and super navigation to all posts... Thank you so much for giving this information to me.
java training in chennai

Wonderful blog with great piece of information. Regards to your effort. Keep sharing more such blogs.Looking forward to learn more from you.
data science training in chennai

Thanks for your Blogs Appreciating the persistence you put into your blog and detailed information you provide.
java training in chennai

The information you have given here are most worthy for me. I have implemented in my training program as well, thanks for sharing.
oracle training in chennai

Appreciating the persistence you put into your blog and detailed information you provide.